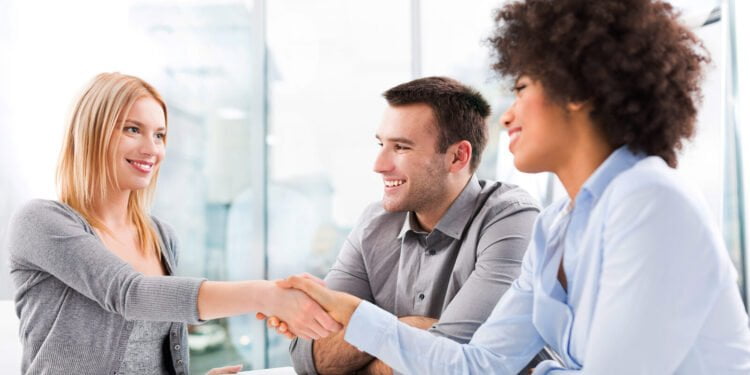 Some companies make promises that they simply cannot keep in their initial job posting, and this is largely done in hopes of landing talented job applicants. But an unauthentic effort will live in vain when your image is tarnished and reviews are written by dissatisfied former employees.

If you’ve ever clicked on a headline when you were interested in a product, and instantly after clicking you knew you were duped, this is the perfect example of clickbait. And while this type of strategy (though dubious) might be good for marketing a product, it’s also the worst way to present your company during the recruitment process.

Some companies make promises that they simply cannot keep in their initial job posting, and this is largely done in hopes of landing talented job applicants. But an unauthentic effort will live in vain when your image is tarnished and reviews are written by dissatisfied former employees.

If you’re hoping to land qualified job candidates, full transparency is required. And this is often the first step in honoring your core business philosophy.

In this tutorial, we’ll explore a few reasons why being genuine directly relates to the success of your company when it comes to finding the best job candidates.

Nobody likes being misled or lied to. And unfortunately, many companies go out of their way to make huge promises only to never deliver.

Believe it or not, this type of deceit doesn’t go unnoticed, and it’s never forgotten. And when it comes to developing brand awareness and a positive workplace culture, even the smallest of lies can tarnish the reputation of any company.

For example, let’s say you’re in the middle of searching for jobs and you come across a posting where the company claims that the annual salary for the position is $100,000 per year. So, of course, you get excited, but when you finally get to the final interview and ask about your starting salary, you find out it’s only a “potential” salary.

Needless to say, you’re going to be severely let down, and you’ll probably not take the job. And unfortunately, gimmicks like this are rampant in the business world.

If you want to attract quality applicants who will stay with your company for years, you need to be honest right out of the gate.

In the past, many recruiters were reluctant to mention anything negative about their company. And rightfully so because negative information only acts as a deterrent in most cases. But you might be surprised to learn that companies that have adopted a full-disclosure policy during recruiting have much better reviews than those that don’t.

Even if there’s a serious problem within your company that you’d rather not let anyone know about, it becomes your obligation to be upfront and honest with any and all prospective candidates.

For example, if you want to advertise and have a functional marketing strategy for your HR recruitment such as those provided by companies like NAS Recruitment, you’re going to need to disclose a few things that you might deem undesirable.

The idea is to let an applicant decide for him or herself if he or she can take on a role where there are some intercompany issues. You never know, you might just find the right person to fix your problems, and who also helps you to build a better team.

Every building needs a strong foundation in order to stand the test of time. And a company is no different.

Where some businesses might get by with cutting corners and making false promises, they’ll only be selling themselves short in the long run.

And you can take advantage of the fact that many businesses do unfortunately engage in these practices, because many of these companies will be your competition, and they won’t last for long.

If you’re able to be upfront and honest in your attempt to build a quality team, even if your workplace culture is still under repair, you’re going to gain the trust of not only your employees but your customers as well.

All companies want to succeed. But in the end, you can either take the moral high road and present your company in an honest light, or you can slither on by with the rest of them, destined for failure.