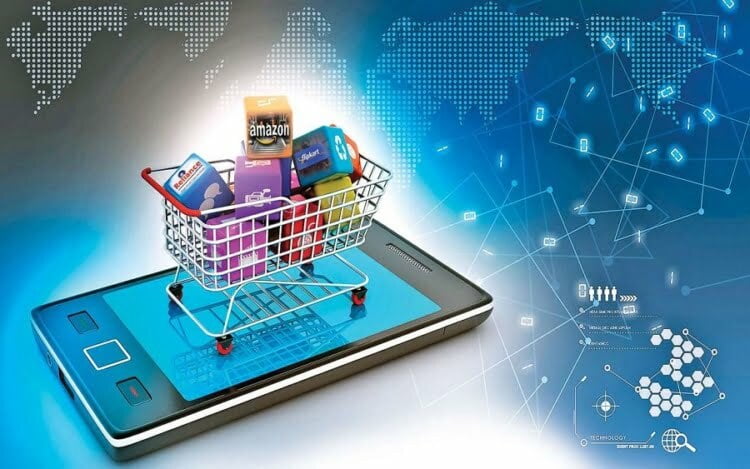 Worldwide online retail revenues are expected to grow to $5.4 trillion this year – that’ll constitute 16% of all U.S. retail spending. By 2040, 95% of purchases will occur online, according to Nasdaq research.

CEO Alexander Martino CEO of Scaling Group saw the opportunities and seized them.

In 2015, the world economy was already bracing for an eCommerce online marketplace eruption that no one had seen the likes of.

Then the pandemic hit “and it just expedited the process,” says digital entrepreneur Alexander Martino.

Today, worldwide online retail revenues are expected to grow to $5.4 trillion this year. E-commerce sales will reach 16% of all U.S. retail spending this year, 19.2% by 2024 and Nasdaq research anticipates that 95% of purchases will happen online by 2040.

“With that growth comes an incredible array of business opportunities,” says Martino, the Founder and CEO of Scaling Group, a digital marketing company that guides investors and entrepreneurs to grow eCommerce ventures.

Martino has been building and scaling businesses for four years, increasing profits for more than 2,500 clients with his former business partners before going solo in May of 2021. His first 10 investors came through Facebook ads in which he offered to manage online advertising using the clients’ funds and splitting the profits.

Scaling Group focuses on investments in managed Amazon and Shopify stores that produce profits in three to five months on Shopify and six to eight months on Amazon. Scaling Group broke the seven-figure run rate in less than a year after its launch. Martino then doubled that one month later and then doubled it again the month after that. In one year, Scaling Group grew to a nearly eight-figure run.

Now, using investors’ money, Martino and his team of 350 set up shops on platforms like Amazon and Shopify and operate them, run Facebook and Instagram ads and collect a portion of the profits, usually about 30 to 50 percent. Scaling Group manages $1.4M a month in advertising spend for clients.

The investors, he says, remain completely hands-off, with Martino’s guarantee that they will see a return on their passive income investment. “We’re a one-time ask and then the rest is all given to them, reciprocated with a return,” he says.

“I’m here to make sure of two things,” he quickly adds. “One, they have a good experience. Two, they get a return as fast as possible, and that it’s as lucrative as possible for them.”

Martino’s journey to eCommerce is filled with isolation, lack of sleep and countless energy drinks – a path that led him from being a broke college dropout to living a multi-million-dollar lifestyle. After giving college a try twice as a graphic design and film student, he knew it just wasn’t for him, so he left before finishing either degree.

Soon thereafter, he saw an ad from investor, entrepreneur and author Tai Lopez that grabbed his interest in the world of social media marketing. For the next two years, Martino blocked everyone in his life to learn as much as he could about creating, marketing and scaling a successful online business from courses, coaches and business gurus as well as inner circles and networking groups.

“I went down this rabbit hole of education trying to figure things out. I thought it was really cool because people were making a lot of money really fast and being a college kid — or a broke college dropout — I liked the sound of that,” he says.

The eCommerce market is more saturated and competitive than ever before and the only way to stand out is to innovate, Martino says. For Scaling Group, that means focusing on developing custom apps instead of just websites for the Shopify stores, which sell mid-price items in a variety of categories. It’s a much more lucrative approach, he says.

“Running ads on Facebook to a website is extremely expensive whereas running ads to an app is extremely inexpensive,” says Martino, who also figured out how to be a less costly advertiser on Facebook, paying a 30th of typical costs although “I’m keeping those details a secret.”

Inside The World Of Liquidated Amazon Merchandise

The Best Successful SaaS Products in Ecommerce Industry for 2020 Operations

Inside The World Of Liquidated Amazon Merchandise

The Best Successful SaaS Products in Ecommerce Industry for 2020 Operations