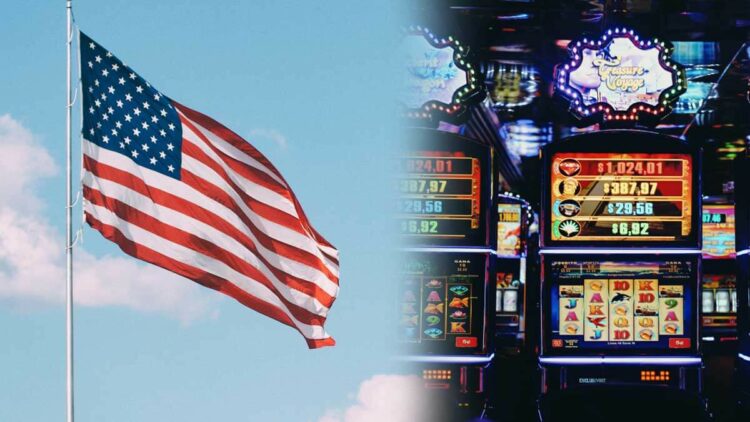 Where Are Online Casinos Legal In the US?

Internet gambling is currently very popular in the US. The current online craze may be attributed to the 2018 Supreme Court decision that overturned the Professional and Amateur Sports Protection Act of 1992 (PASPA).

This had effectively made sports betting illegal in all but one US state, Nevada.

After four years and with over $125 billion spent on sportsbooks, it seems that Americans are making the most of their betting emancipation. It has been suggested that the amount spent on gambling has surpassed that spent on pet supplies, veterinary bills, and food.

Since internet gambling is controlled by the Wire Act of 1961, its legality was not immediately affected by the repeal of PASPA. It made it illegal to utilize interstate telephone connections for gambling purposes.

If you’re wondering how this relates to online gambling, you’re not alone; in 2011, the Department of Justice decided to leave it up to the discretion of individual states to determine whether or not to legalize the practice.

However, unlike the situation with PASPA, this did not imply that the states could legally provide internet gambling to everyone in the country.

However, in the wake of PASPA’s repeal and the clear financial benefits of legalizing gaming more broadly, a growing number of states have begun drafting new laws on the subject. Consequently, the online gaming market is expanding at an astounding rate.

According to a study by Research & Markets, the market will be worth $192 billion by 2030. As new technologies like IoT, Blockchain, and VR advance the industry, the market in North America is anticipated to grow at a rate of 14.78 percent through 2025, keeping up with the rest of the world.

So let us take a look at the state of online gambling in the United States of America right now. Where can someone legally play casino games online, and where is the jury still out deliberating?

Thanks to its Division of Gaming Enforcement, New Jersey has been a pioneer in the regulation of internet gaming. In 2013, New Jersey became the first state in the nation to approve online gambling. There are now dozens of these websites, and each one brings in millions of dollars in tax revenue each month. Online gambling is also available for poker, real and fantasy sports, lotteries, and horse races.

Michigan was the sixth US state to authorize online poker in terms of the game. In order for the Great Lakes State to compete on a global level in the burgeoning markets of online slot machines and mobile sports betting, At the end of 2019, Michigan Governor Gretchen Whitmer approved the Lawful Internet Gaming Act. Fantasy sports gambling is also permitted. The Michigan Gaming Control Board is responsible for licensing and regulating these businesses.

Sports betting is the only type of online gambling that is prohibited in the Blue Hen state. In-person sports betting is permitted in Delaware. However, mobile betting is not yet an option. Following the Supreme Court’s landmark decision in 2018, Delaware became the second state in the US to permit legal sports wagering. The Division of Gaming Enforcement oversees all forms of gambling in Delaware.

Soon To Be Legalized

Other than these five, every other state has either outright prohibited online casinos or is in the process of doing so. Just a handful of the states where residents have introduced measures to influence lawmakers’ opinions on iGaming include Arizona, Georgia, Missouri, and South Dakota. Many people are hopeful that New York will be able to bring about great change soon, taking their lead from New Jersey.

Some see gambling as a risk to one’s mental health and financial stability, and this is the fundamental reason why discussions about online casinos and gambling, in general, generate so much controversy.

Gambling, however, is no longer the lawless frontier that it once was, thanks to the expansion of the regulatory framework around it.

Players have the option to self-exclude or restrict their losses, and the operators must act in accordance with state legislation.

It’s important to highlight the fact that this sector also generates tax money and well-paying employment. Even if a state does not have any laws regarding online gambling, its inhabitants are nevertheless free to engage in the activity on sites located outside of the state.

For this reason, it would be prudent for legislators to consider enacting legislation to prevent tax funds from leaving the country. While it seems likely that online sportsbooks will become legal in most regions in the future years, the same cannot be said for casinos and poker rooms.

Are US States Ready For Sports-Betting Aggressive Marketing?

What Are the Measures Aussie Online Casinos Take to Ensure the Safety of Their Players?

What Are the Measures Aussie Online Casinos Take to Ensure the Safety of Their Players?

Are US States Ready For Sports-Betting Aggressive Marketing?