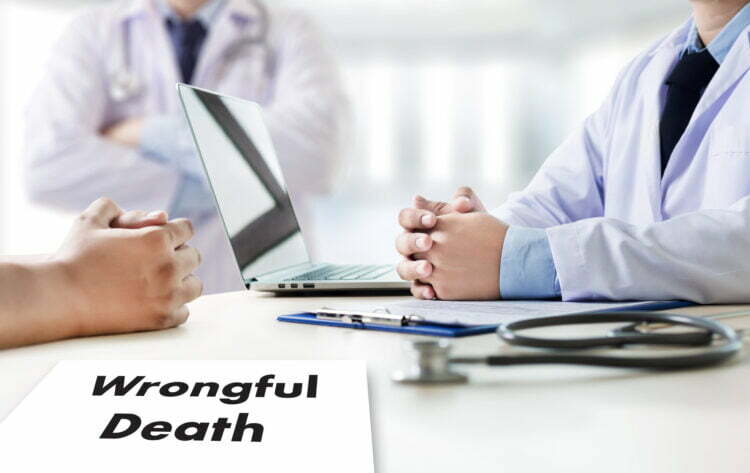 According to the most recent CDC data, there were 200,955 unintentional injury deaths in the U.S. in 2020. That makes such incidents the fourth leading cause of death in the country.

If you or someone you care about has lost a loved one due to such incidents, a wrongful death lawyer can help.

Below we’ve discussed what a lawyer for wrongful death cases can do, so please read on.

State laws allow eligible survivors of a decedent (a person who has died) to file a wrongful death lawsuit. For a case to classify as wrongful death, another person’s legal fault must have caused it.

One example is if someone else’s negligence resulted in the decedent’s death. Another is if someone’s intentional actions caused the passing of the deceased.

Another crucial element is for the death to have caused survivors economic damage. Examples include medical costs, funeral expenses, and loss of support or income, to name a few.

Some states also allow the recovery of punitive damage, a type of monetary punishment.

If you’re unsure which elements apply to your case, talk to a wrongful death attorney. Most provide no-cost case evaluations that help determine if you can file a claim or sue someone. Here’s a guide to read and learn more about free, no-obligation, risk-free consultations.

Statutes of limitations are “deadlines” by which plaintiffs must file lawsuits. Plaintiffs are the parties who bring a case against another party in a court of law. For example, you are a plaintiff if you’re suing someone you believe is at fault for your loved one’s death.

Wrongful death statutes of limitations vary across states, but for most, it’s two years. However, depending on the specific subset of the law, it may be shorter or longer.

For example, California has a two-year deadline for most wrongful death cases. If it’s medical malpractice, though, it can be as short as one year or extended to three years.

A wrongful death attorney can ensure you meet your state’s statute of limitations. After all, once hired, a lawyer begins investigating the case as soon as possible. That helps build evidence sooner, reducing the risks of missing the deadline.

Failing to file a claim or case within the deadline can result in a plaintiff losing their right to sue.

You may be wondering how that can even happen. An example is if the initial ruling on a patient’s death was natural or unintentional. Then, after a few months, another patient dies at the hands of the same doctor.

That prompted the first decedent’s survivors to decide on an exhumation autopsy. The results then revealed signs the death may have occurred due to a medical error. In this case, a wrongful death lawyer may use that as proof to extend the deadline.

Proving another person’s legal fault involves investigating that person, other witnesses, and records.

Let’s use an example of a wrongful death claim involving a traffic incident. In this case, lawyers must review police reports and eyewitness statements. They may also search for nearby CCTVs and secure permits to watch the recordings.

Attorneys then look for evidence that proves the other driver’s actions led to the crash. For instance, the other driver may have violated a traffic law or was driving recklessly. CCTV recordings may also show the other party was using their phone while driving.

In cases of medical negligence or error, lawyers must review medical records. They also require other experts to determine if the defendant met the standard of care. Doing so helps them prove if a physician’s inaccurate diagnosis led to a patient’s death.

As someone who has just loved a loved one, you and your family likely want nothing more than to mourn at this time. That’s completely understandable, but it’s vital to note that evidence may not last. For example, witnesses’ memories can fade, and records may degrade. Even defendants may disappear.

That’s enough reason you and your family should enlist the help of a wrongful death attorney. The sooner you do, the sooner your lawyer can investigate your case.

Fight for a Fair Settlement

Economic damages are easy to assess since they often come with receipts.

Unfortunately, assigning a dollar value to non-economic and punitive damages is more challenging. That’s even more difficult for mourning survivors who consider their beloved’s life priceless.

The job of wrongful death attorneys is to take on that job and ease some of the survivors’ anguish. They seek the fairest amount to help survivors retain emotional and financial sanity.

Some of the variables that lawyers include in calculating non-economic damages include:

● Loss of enjoyment of activities

In some cases, the death of a loved one can worsen a survivor’s existing mental illness. Thus, a wrongful death attorney may include that variable when calculating non-economic damage.

Wrongful death lawyers may also push for the survivors to receive punitive damage. They may provide evidence of the defendant’s wanton and willful misconduct. They may also show proof that the defendant engaged in intentional tort.

As you can see, a wrongful death lawyer benefits survivors by getting justice for their dead. So by hiring one, you and your family have time to grieve and mourn your beloved. But, most importantly, an attorney fights for your family’s rights to fair compensation.

However, since there’s a deadline to file a claim or sue, please consider enlisting a lawyer ASAP.

To read other informative guides like this, browse our latest news and blog posts.

The Emotional Difficulties in Dealing with a Wrongful Death Case

The Emotional Difficulties in Dealing with a Wrongful Death Case