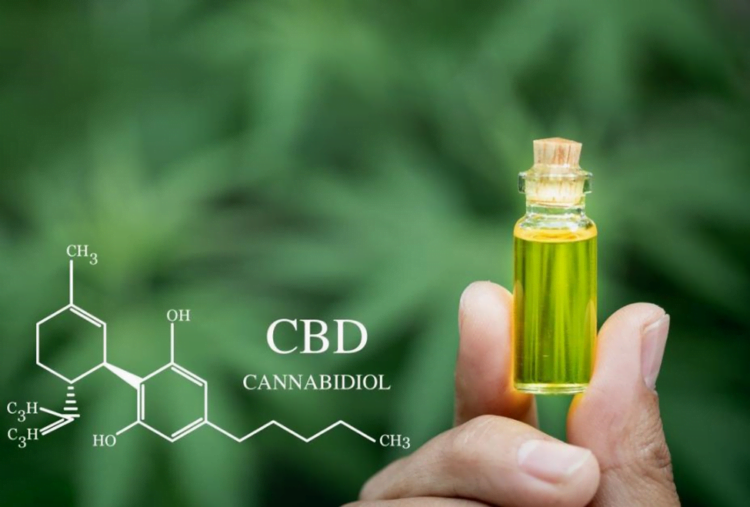 There is an increase in consumer preference for several CBD products, including skincare, gummies, and beverages.

The CBD industry has experienced dramatic growth in recent times. According to studies, it has been projected to hit $16 billion by 2025. Better known as CBD, cannabidiol is a chemical compound that is present in the cannabis Sativa plant. It can interact with the neuroreceptors in the endocannabinoid system – when inhaled or consumed as an edible – to send a signal which impacts the mood and immune system. With this in mind, CBD has provided several benefits for people, especially during the COVID-19 global pandemic.

Many have found it difficult to deal with the uncertainties caused by the pandemic, resulting in signs of mental stress and fatigue. Indeed, as new cases are reported, it has become difficult for people to keep calm. The euphoric effect, as well as the full-body relaxation, of the Girl Scout Cookies strain has helped several UK residents to tackle any sign of depression and other mental health issues. However, CBD is known not to be psychoactive and this has made it an appealing option for those seeking pain relief, without any mind-altering impacts of cannabis.

Using CBD comes with several health benefits, some of which will be discussed in this article. It is worth noting that as CBD research keeps growing, so too are its perks. Below are some ways studies have shown that cannabidiol can improve health:

This is one of the most popular benefits of CBD and it represents the main reason for its widespread usage. Depression and anxiety disorders can have devastating effects on the general well-being. Pharmaceutical drugs are often used to treat mental health disorders. However, they can have many side effects such as insomnia, agitation, and sexual dysfunction.

Certain medications, including benzodiazepines, can result in potential dependence, often leading to substance use disorder. CBD is a natural approach that has shown promise as a solution to several mental issues without producing side effects. CBD has also been known to treat post-traumatic stress disorder, a common type of anxiety disorder. In 2019, a small study discovered that CBD was effective in tackling several PTSD-related symptoms in adults, including hypervigilance and nightmares.

Even though there is a great need for more research that can investigate the use of CBD in treating cancer, several proofs are cause for optimism. It was proven by researchers in 2016 that cannabinoids can help reduce the growth of tumors. According to the National Cancer InstituteTrusted Source, CBD can improve the potency of certain drugs, which are often used in treating cancer.

CBD extracts have also been suggested to reduce cancer cell viability while preventing the multiplication of cancer cells. Studies on pancreatic cancer have also suggested that Cannabidiol can help slow down the growth of tumors and trigger the destruction of tumor cells. According to a study in 2014, CBD may also have the potential of inhibiting the invasion of colorectal cancer cells.

Furthermore, CBD has also been mooted to render glioblastoma cells more sensitive to radiation. This has been proven by a review in 2014, which also supports the anti-tumor properties of CBD. However, it must be stressed that research on this is still in the early stages. Studies and evidence are still from laboratories and animal-based. For this reason, more research must be done to understand the potential of CBD as a cancer treatment in humans.

It may benefit heart health

According to some research, there are several heart benefits that CBD can provide. It can also help in regulating blood pressure. Usually, high blood pressure is the cause of different health conditions, including metabolic syndrome and stroke.

While CBD has not been proven to be a cure for congestive heart failure or heart disease, studies have shown that it can be used in some ways to reduce the symptoms of heart disease.

There has been a growing adoption of cannabidiol for different medical purposes. There is also an increase in consumer preference for several CBD products, including skincare, gummies, and beverages. CBD can enter the body through different means, such as vaping, ingesting, and the skin. Even though the extent of its effect on human health is subject to further studies, CBD has provided so much promise in maintaining general human mental and physical well-being.

CBD’s Most Popular Product is CBD Tincture. Here's Why.

How CBD Cigarettes Work & What are They Good For?

How to Stay Safe When Shopping for CBD Online

How CBD Cigarettes Work & What are They Good For?

What is the difference between CBD and CBDA?

CBD’s Most Popular Product is CBD Tincture. Here's Why.

How to Stay Safe When Shopping for CBD Online