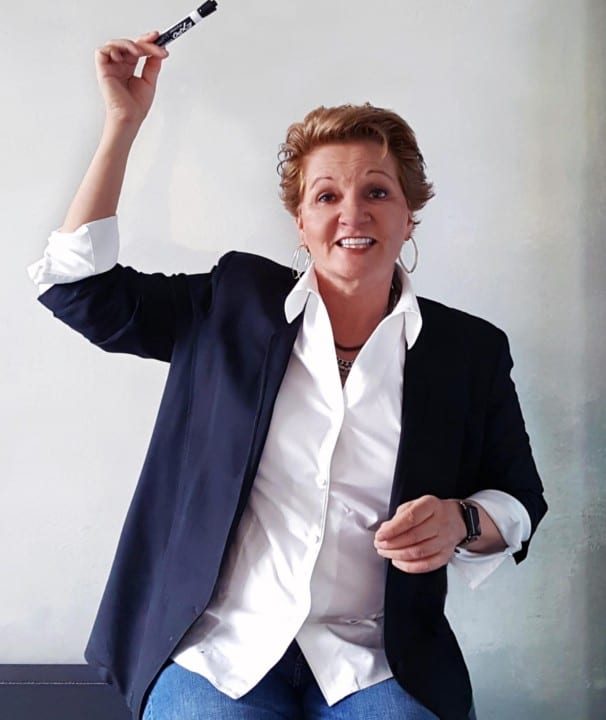 THE WRITING IS ON THE WALL

When you think of dry-erase whiteboards, decades-old models used in many schools and some workplaces might come to mind.

But Southern California design visionary Kelly Taylor, founder and CEO of Long Beach-based peerhatch, is reinventing whiteboards as an innovative solution for today’s professional environments with massive durable surfaces emblazoned with organizational logos or other engaging graphic images that can be integrated into the physical architecture of buildings.

“We are able to help a property achieve something that no other property has achieved,” she says. “Today, it isn’t about customization, it is about personalization. Our walls are personal.”

This is the essence of what Taylor calls “WOWification,” making for incredible experiences that enhance professional collaboration, property optimization and user experiences.

Taylor, who is also the CEO of Metropolitan West, a provider of interior graphics and solar-control window film, began her quest for architectural design improvements in 1992, when she debuted anti-graffiti window coatings for businesses in Los Angeles.

In her bid to improve the design of local workspaces, she was struck by the presence of unattractive and hard-to-clean writable walls in many professional spaces that were part of multimillion dollar design projects.

She resolved to develop a solution, which would ultimately become the vision for peerhatch, which she launched last year.

“We have a product that does not ghost,” Taylor says, referring to the lingering residue of markers that can be next to impossible to remove. “It’s inspiring and has beautiful graphics. We take charge of the whole wall. We’re not just doing a board or a piece of glass. We want the whole wall.”

In the ever-evolving world of technology, meeting spaces are increasingly going high-tech – and peerhatch is tapping right into it, molding the future of its space.

“We’re also developing an app that would enable users to take pictures of a customized wall, which could then be seen in every room within an office, thus making meetings and organizational communication more efficient than ever before,” Taylor says.

Taylor recalls being at an educational conference in Kansas City several months ago in which interactive wall displays were discussed. She notes that the price tags of today’s digital walls are well into the six figures, making peerhatch products an attractive solution for many institutions and businesses.

Even with digital displays, a background wall surface, as peerhatch provides, is still necessary, Taylor points out.

“Our walls are very cost-effective and you not only get a beautiful branded experience, but it is writable and can easily be kept clean,” she says. “peerhatch can also be integrated with new technologies.” 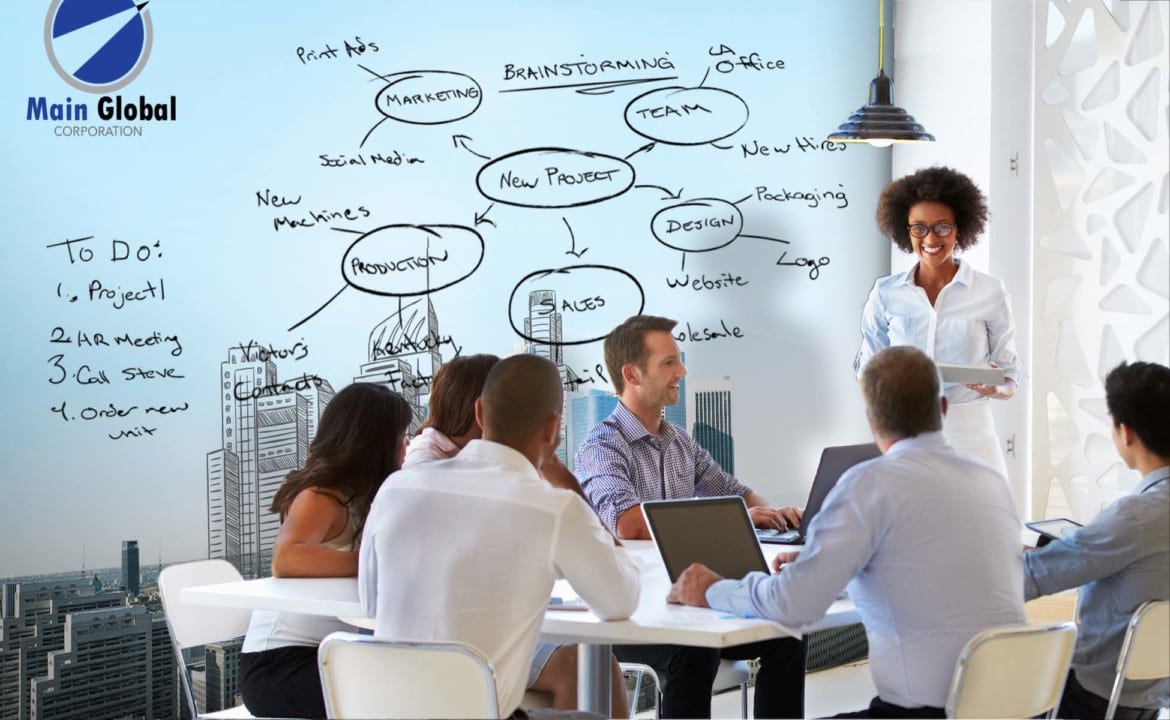 Taylor believes that emerging technologies make for a limitless future for peerhatch.

“Things are changing so quickly. For high resolution tomorrow, 800 or 1200 dpi could be the standard,” she says. “But the images we can create today are spectacular and we are always looking for the next big thing.”

Last year, peerhatch was part of a team that received international acclaim for the world’s largest 10,000-square-foot writable surface installation with an interior design firm at the Santa Monica headquarters of the auto information giant Edmunds.com. The innovation was honored at the acclaimed 2017 Calibre Design Awards, presented by the International Interior Design Association.

Educational institutions also represent a new but likely lucrative frontier for peerhatch. The company recently sold walls for 12 classrooms for a private university, which were installed in late January.

“We want to show other schools that these writable walls are easily maintained and are inspirational,” Taylor says. “In this case, the walls feature major landmarks, such as skylines and bridges, from a dozen major world cities.” 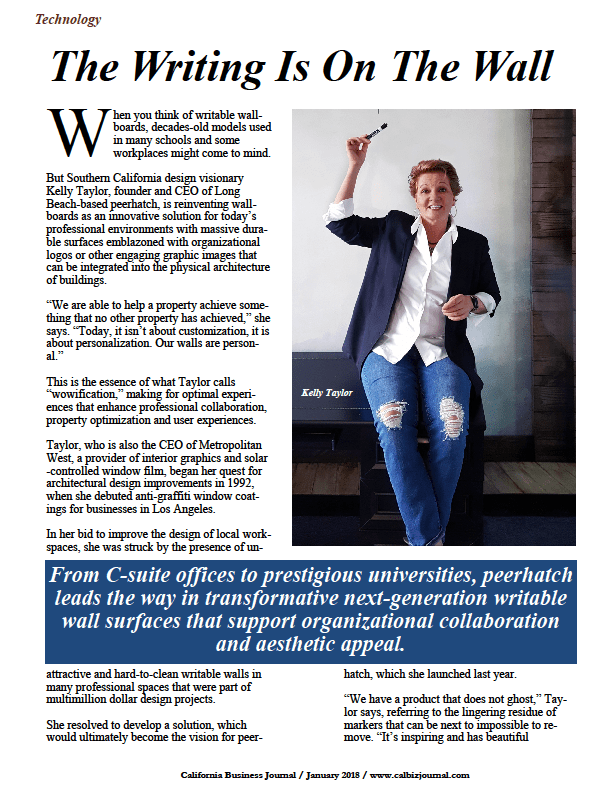 What Makes Dry Erase Whiteboards a Preferred Choice for Many?

5 Things to Consider When Building Your Own Workspace