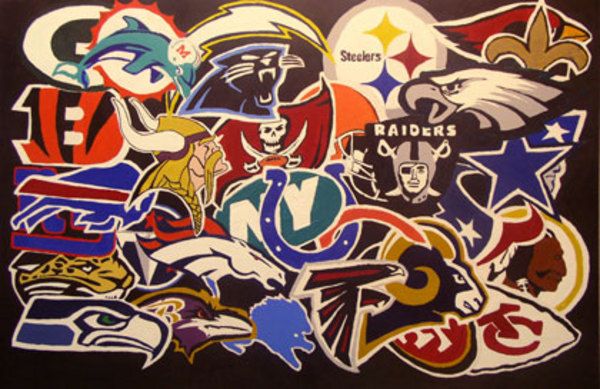 The start of the NFL season has proven that the Bucs, Bills and Ravens are still at the top of the list.

This is our quick rundown of the 5 leading teams for the NFL. We will show you which teams are doing well, which ones are surprising the bookies and which ones are safe bets. This page is more of a catch up than a detailed view, but we can give you all the stats you need in this week’s NFL pick.

In the pre-season rating, the Buccaneers were the leading team, and even now, they have kept this prediction going! Tampa Bay is the current reigning champions, and they are fighting ferociously to hold that title!

Tom Brady is their leading star, and they are using him for every yard he can give. Brady has played 20 seasons with the Patriots but only had 6 games which created 5 touchdowns and no interceptions. But the Buccaneers knew how to use this living legend! Tom Brady has played in 21 games with Tampa Bay and has already doubled his points per game!

Many people thought that Leonard Fournette’s post season play was a fluke and that he couldn’t bring it to the NFL, but now we can all see that Fournette is a force of his own, and the Buccaneer’s offense is getting stronger and stronger.

Matthew Stafford has been playing in the dirt with the Lions year after year; but now he has joined the Los Angeles Rams, we can see all of Stafford’s talents and just how much he has held back! The swap between Jared Goff and Matt Stafford has undoubtedly paid off, as the new role of offense is looking great on him.

We can see that rushing attacks and short crossing routes have been enforced during their downtime and training, as this level of offense has created a strong force from the Rams. Their defense could do with tightening, but a good offense can be your defense!

Previously ranked as 5th on the leaderboard, the Rams are closing in on their target. We would be surprised to see Los Angeles overtake Tampa Bay, but it’s too early to tell!

Many viewers, betters, and even players were unsure if the Bills were really playing this season. Question marks were dotted around every betting pole for them, but as the season goes on, we have been watching the Arrowhead Stadium with glee. After a fantastic game, the Buffalo Bills beat the current reigning AFC Champions by 18 points! This was enough to shock many of us into finally realizing that the Buffalos are not playing around!

For some, that win was enough to bump the team up to first place on the power rankings, but we cannot ignore their stumbled start and the weak display from the Kansas City Chiefs. We need to see the Buffalos against other teams before we put them any higher!

The Baltimore Ravens were previously seen as bigger contenders, but they are slowly slipping down the rankings. We are hoping that an extra day of rest will be enough for the Ravens to regroup and find a new footing to power through to the end.

The Ravens have not been playing safe this season, as they recognized Denver’s injury as a moment to succeed and used their classic strong defense to keep their store 23 – 7.

If we expect Baltimore to keep their 4th position and stay in the running, we need more action like this to push them up the leaderboard!

Some people might say that The Cardinal’s win over the 49ers had nothing to do with their defensive skills and more to do with the 49er’s poor offense. Arizona won 17 – 10, and many questions if the Cardinals really deserved the points, but a win is a win. The Cardinals may be saving their energy for more challenging battles.

The Top NFL Teams Of All Time