The Top NFL Teams Of All Time

In the NFL, players are always joining and leaving the sport, keeping the talent pool roughly balanced across the competing teams. That said, sometimes the stars align and a team is filled with athletes who all play at their very best, where they go on the warpath, annihilate their competition, and secure their names in the NFL’s history books.

Today we’re looking at four of those arrangements spanning five decades of the NFL, often considered the best teams to ever play. If you ever get a time machine, you’ll learn which teams to bet on, just make sure you know how odds work by checking out sites like www.fanduel.com.

At the start of their season, the 1962 Packers team won four games with a 109-14 combined score, and that isn’t even why they are remembered.

As the season carried on, the team won two games at 49-0, rushed over 175 yards per game, and across 14 games they forced 50 turnovers. During one of those contests, they outgained the Philadelphia Eagles by 628-54.
They were an unstoppable and dominant force in the game already, defending their NFL championship in 1962, but even they exceeded expectations. 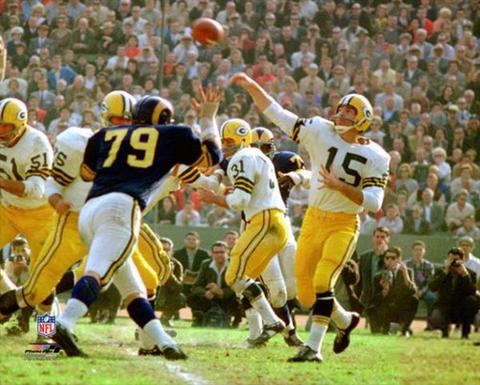 About a decade after the Packers’ most celebrated season, the 1972 Miami Dolphins seemed to capture that lightning in a bottle. Does that mean the Dolphins compare to the ’62 Packers? Absolutely not. The ’72 Dolphins are often considered because they went undefeated across the entire season.

They couldn’t replicate this in ’73, making it an interesting blip on the radar. In ’72, they beat opponents by an average of 27.5 maximum or 12.2 minimum and achieved two 1,000-yard rushers. At the time they were a team of no names, particularly their defensive line, yet they held against every other team.

Going into 2007, everybody in the NFL was looking at the New England Patriots and expecting a train wreck. Tom Brady’s celebrity status attracted a lot of eyes and their performance declined in 2005 and 2006. Surely that downward trend would continue?

The team initially lacked playmakers amongst their ranks but everybody underestimated their new offense. Then they took revenge against the NFL.

It felt wrathful, possible because of the doubt they had experienced and Spygate allegations. Brady scored 50 touchdowns and later became the season’s MVP and the team was the first to finish a season undefeated since the ’72 Dolphins.

Lastly, we have what is often referred to as the most balanced team in NFL history. Explosive performances aside, consistency is key and the 49ers had that in spades. Notable players include Joe Montana, Steve Young, Roger Craig, Tom Rathman, and Brent Jones, defended by Charles Haley and Ronnie Lott.

Coached by George Seifert, Bill Walsh, and Mike Holmgren, they exhibited the envied West Coast offense. They averaged 27.6 points per game and outscored their competition by a 126-26 margin.