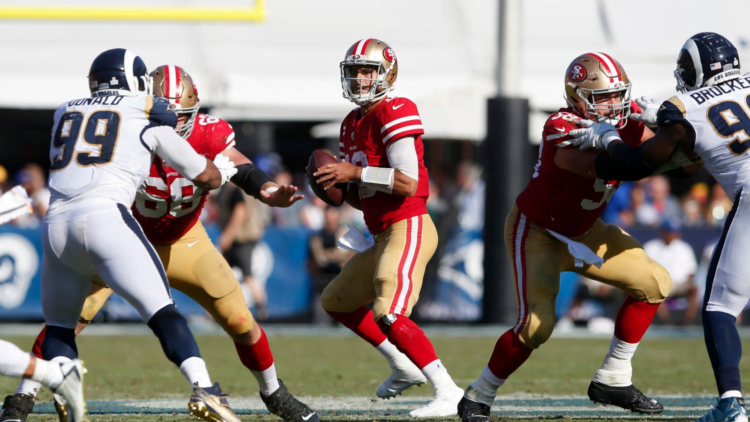 The Rams are 12/1 favorites while the 49ers are 13/1, yet the Chargers could wind up being the beat NFL team in California.

For online NFL betting purposes, the Los Angeles Rams and San Francisco 49ers are the fourth and fifth favorites for a Super Bowl title at 12/1 and 13/1 respectively, while the Los Angeles Chargers are five spots lower, yet could wind up being the beat NFL team in California.

The Rams head into the season with All-Pro Matthew Stafford as their QB, thrusting the Rams into the Super Bowl conversation. They are predicted to win at least 10.5 games in the regular season, the fourth-most in the NFL, and appear to be a highly attractive Super Bowl bet.

Stafford, traded to the Rams in the offseason from the Lions, is surrounded by an array top talent; moreover, Rams head coach Sean McVay has won 10 or more games in each of his four seasons. This season’s games against the Bears, Colts, Cardinals, Seahawks, Giants, Lions, Texans, 49ers, Jaguars and the Vikings are predicted to be Ram victories. Should the Rams beat all of the aforementioned clubs and steal a win or two elsewhere, that’ll likely have the best record — or second best — in the NFC.

Clearly, the Rams expect Stafford to return to one of the top NFL’s QB in McVay’s offense. Stafford hasn’t thrown north of 4,500 yards since 2013. The closest he’s come is 4,446 in 2017. The Rams expect him to throw for more than 4,600 yards — possibly even 5,000 — since he’ll working with his best play-caller — McVay — and with a collection of offensive weapons.

Meanwhile, the 49ers look as good with QB Jimmy Garoppolo and rookie Trey Lance. Garoppolo will remain the starter yet Lance will likely be the face of the franchise in years to come. The No. 3 overall draft pick only made 17 starts, throwing 318 passes and rushing for 1,100 yards in 2019 at North Dakota State. He has played just one game since last January, so the Niners will not put early pressure on him — unless Garoppolo gets injured.

Garoppolo had a remarkable 2019 season in leading the Niners to the Super Bowl but was injured during last year’s disastrous 6-10 finish. The injuries left the team under no illusions as it pertains to his future, encouraging them to pick his successor in the draft. Garoppolo, 29, has made 28 starts and missed 23 games over the past three terms, including playoff games. When he’s been available, though, the Niners are 24-9 in games he’s started. He was the only quarterback to rank in the top five in passing touchdowns, completion percentage, and yards per attempt in 2019, his only full season as a starter.

As for the Chargers, USA Today’s Nate Davis expects an 11-win season and a wild card spot. He writes the Chargers could actually be Los Angeles’ best team this year. “Mixing the Bolts and optimism is often a toxic combination – they’ve zapped me more than once – but one can’t see QB Justin Herbert’s boundless potential coming off an offensive rookie of the year performance that wrapped with four consecutive wins,” Davis says. “This season starts with a brutal six-week stretch before the bye that includes Washington, the Cowboys, Chiefs, Browns, and Ravens. But new coach Brandon Staley is already highly regarded for his defensive wizardry that should be augmented by Safety Derwin James’ return. Don’t be surprised if the Chargers are LA’s best team in 2021.”