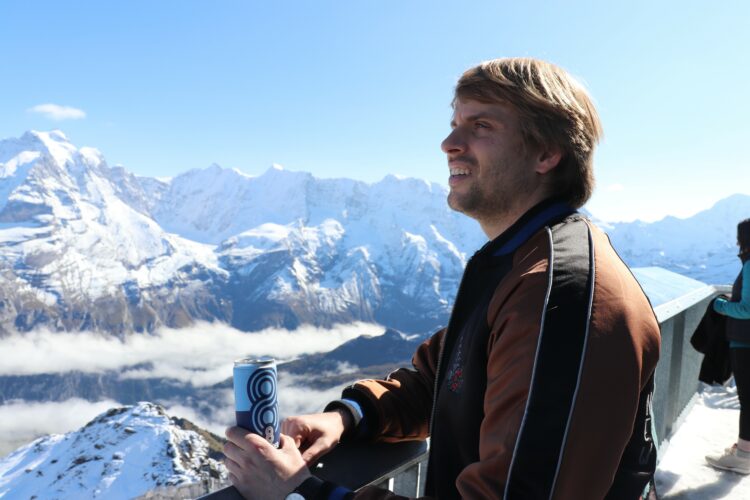 Reed Rush, 32-year-old CEO and co-founder of 8th Wonder Tea, found a home for his product line of organic sparkling teas on the coveted platform this quarter – and it’s Amazon is the world’s leading online retailer. “It’s a game-changer,” Rush told California Business Journal, “enabling us to reach consumers nationwide and further grow the brand.”

Selling on Amazon is timely. The global organic tea market is booming and is expected to grow from $1.5 billion in 2021 to $2.5 billion by 2029, according to Data Bridge Market Research.

Before the Amazon coup, Los Angeles-based 8th Wonder was sold primarily on the company’s website and specialty grocers like Whole Foods in the Rocky Mountain region, Mother’s Market and Kitchen and Lassen’s Natural Foods and Vitamins in Southern California.

Since its debut at Whole Foods in 2021, 8th Wonder’ sales increased nearly 400%. Rush is forecasting a 50% minimum growth in sales from their Amazon launch, and in conjunction with retail, which has been experiencing hyper-growth over the last six months, expects to reach $1.5 million in sales for 2023.

These are heady times for the small business founded in 2015. To shake up the market with a fresh twist on traditional teas with a product that had flavor, fizz and was functional” (meaning it had health benefits).

8th Wonder’s ingredients include turmeric, ginger, moringa, real fruit juice, and superfoods like lemongrass and cardamom in its oolong, rooibos, chai, and green teas. The teas have antioxidants, vitamins, minerals, anti-inflammatory properties, no added sugar, no artificial sweeteners, or GMO-containing ingredients. They are gluten-free and certified — kosher, vegan, paleo, and organic. They are also Whole30-approved, meaning they are 100% compatible with the rules of the Whole30 program and that the product line and company have been vetted by the Whole30 team.

8th Wonder is a part of 1% for the Planet, a global network of businesses, individuals, and environmental organizations tackling environmental issues.

When Reed started the company with his father, Parker, he was in transition. “I was fresh out of college, thinking the world was my oyster, but my first job out of school was as a store manager for a health food store in Colorado. It was a dead end,” he says.

In hindsight, it wasn’t. “I learned about the wellness and natural food world.” During his downtime, he examined what was on the store’s shelves. He tried numerous products and was mostly unimpressed.

When he began debating his next career move, he honored his entrepreneurial spirit. “Given the lack of innovation out there, I thought I could create a better product,” he says.

Back then, sparkling waters were popular, as were artisanal teas. “But some teas had too much sugar and lots of extracts. I thought the category could be reinvigorated. Tea and fizz would be the best of both worlds,” he says.

With a crowded beverage market, Rush knew he needed a product that would stand out and fill what he perceived as a huge void in the natural health and wellness space — an organic beverage that didn’t taste like an “alternative” to something else better tasting than its predecessors.

“I wanted a drink that not only kicked sugar out of the equation but relied on time-tested flavor profiles from organic fruits and herbs,” says Rush, who recalls the days of buying organic herbs and brewing up concoctions in a crockpot, tinkering with a formula for his teas.

He was less sure about other aspects of the beverage industry. “I came to this business with a blank canvas. Most people in this field who go out on their own started as a sales rep working with brands. I didn’t. I studied environmental science.”

Being a newbie in the industry had its challenges. “Every step was an education that at times was overwhelming.” And the learning curve was steep. “You have to learn who talk to, who to work with, as well as who not to work with.”

Then there were the elements inherent with being the new guy on the block competing with established companies. “They have deeper pockets, connections you don’t have,” Rush says.

Fast forward to today, Rush says sparkling teas are still somewhat in their infancy, yet there are products similar enough to be competitors, like Minna Tea and Rowdy Mermaid.

But 8th Wonder is unique “for our taste,” which he describes as more like a kombucha, and the array of healthy ingredients that others don’t quite match.

Amazon will clearly take the company to the next level.

“Amazon is a beast. We can get cans in hands fast to a vast audience.”

He humbly remembers the days when distribution meant hauling product in the trunk of his Subaru and dropping them off at stores.

Rush, who worked with Color More Lines, a consulting company that helps brands scale and figure out how to work with Amazon, says he wanted to be on Amazon a year ago, but 8th Wonder wasn’t quite ready. They are now.

“We have a great manufacturer and have others lined up if we need them. It’s hard to forecast with retail, you must have back up plans,” he says.

The company still sells direct to consumers on its website and isn’t dismissing brick and mortar. “We’re not just an e-commerce operation. We want to bring the brand to the streets, to be at cafés, and local neighborhood places too.”

In January, the company will announce a new retailer in Southern California that will sell its products. In 2023, the company plans to pursue relationships with colleges in California to get products on campus. “We want to reach a younger audience,” he says.

8th Wonder will also increase its outreach efforts. “This year we did a lot of demos in stores, talked to customers about what they liked, what we could do better. Talking to people plays an integral role. We will definitely do more of this next year,” Rush says.

Rush is optimistic about the future and anticipates the day when “healthy food isn’t stigmatized and that eating healthy is not viewed as deprivation but instead delicious.”

There is a misconception, he says, that healthy food is only for the elite and hippies. “I’m looking forward to a time when there is a vast array of healthy options and that they are more affordable. This will help increase demand. We’re moving in that direction. You see Pepsi buying a company that makes kombucha — that’s a good sign. I want to be a part of the revolution.”

4 Trends Providing A Glimpse of The Post-COVID Restaurant Industry

Wine and Food Pairing Guide For All Occasions

4 Trends Providing A Glimpse of The Post-COVID Restaurant Industry