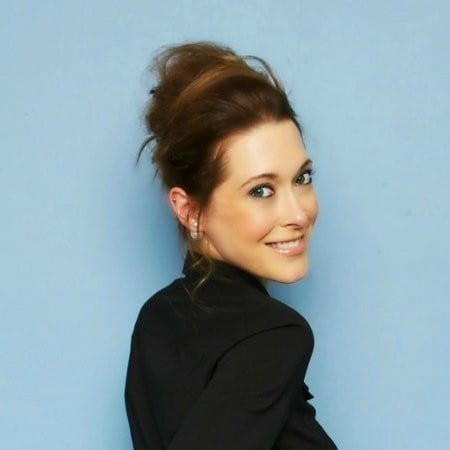 Recognizing the downward trend in frozen yogurt as a dessert, Eblin and her partners at Golden Spoon decided it was time to take the company in a new direction. They are in the process of opening their first Golden Spoon Cafe, or GS Cafe, in Mission Viejo, California.

“We have such a legacy with our name,” Eblin says of the West Coast company that began in 1983. “We really wanted to go through a rebranding process and be the pioneers once again with a new concept.”

Glendora, Irvine and Las Vegas are up next for GS Cafes, a new Golden Spoon experience with an updated look and menu. “We are slowly opening up new ones in addition to remodeling some of the old legacy frozen yogurt stores,” Eblin says.

A key component of the rebrand is the new Golden Spoon cultured gelato. It has maintained the flavor profiles and cold delight of frozen yogurt, but adds a richer dessert experience.

“In the research we’ve done, people are looking for a more premium, decadent dessert instead of the frozen yogurt,” Eblin says. “We saw that trend happening and we wanted to do it in a different, and in our opinion, better way.”

That’s how the cultured gelato was born. It has the same beneficial bacteria that Golden Spoon frozen yogurt has, but with less sugar and a slightly higher fat content. The difference in the total calories per serving is negligible.

“A lot of frozen yogurt is non-fat, but to make a non-fat product, you basically add more sugar,” Eblin says, “so we are removing some of that sugar and adding a tiny bit of fat, so it tastes better.”

Avid Golden Spoon fans shouldn’t worry too much about their favorite flavors disappearing: several of the core flavors will be maintained in the new gelato style. There will also be brand new flavors to try like Cookie Butter, Peach Bellini, White Russian, and several all fruit, non-dairy options as well. 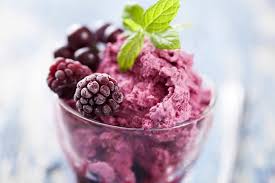 They’ve trademarked the cultured gelato and will be making it in house at the new locations while also collaborating with local and international vendors to offer a new set of treats. Acai bowls, coffee beverages, cold-pressed juices, pastries and even savory options like avocado toast will be offered in the new stores.

Eblin first started working with Golden Spoon eight years ago in marketing. Now as COO, she is involved in almost every aspect of the rebrand, from developing the flavors of the gelato and designing the aesthetic of the GS Cafes to working with the new vendors and franchise sales team.

While most of Eblin’s time is spent focused on her role at Golden Spoon, it seems there is no end to the number of professional hats she wears.

After graduating in 2004 with a B.S. in Psychology from California State University, Long Beach, Eblin took a sales job. An entrepreneur at heart, however, she wanted to start her own business.

“Jack of all trades, master of nothing is what I felt like,” she says.

Extensive reading and research prompted her to start her company, Carefree Concierge, to help people manage their time more efficiently. “Time is a non-renewable resource,” she says.

In those early days, it was just her. She ran the errands and provided the services herself. Later, her mom started to help and eventually Eblin hired a few part time employees. Today, she employs five full time concierges — and the company efficiently runs itself, she says.

Similar to her work with Golden Spoon, partnering with different vendors has allowed her to expand number of services the company offers. Property maintenance; pet care; home and office organization; personal shopping; and virtual assistance like social media management and web design are just a few services available. Silver, gold and platinum levels allow members to purchase a set number of service hours per month.

Eblin’s Orange County based fashion and lifestyle blog, Fashion Food Music, was launched in 2011; it crosses all social media platforms and has a following of more than 100,000. She’s also owner and CEO of My Java Roaster, launched with her business partner in 2016. The California-based business sells coffee roasters and premium coffee beans from around the world, another passion Eblin possesses.

With so many job titles — and the grand opening celebration of the first GS Cafe now here — Eblin’s pace of work won’t be slowing down any time soon. Historically, Golden Spoon was a licensed company, but moving forward, all stores they open will be under a true franchise model, giving them the ability to recreate a brand.