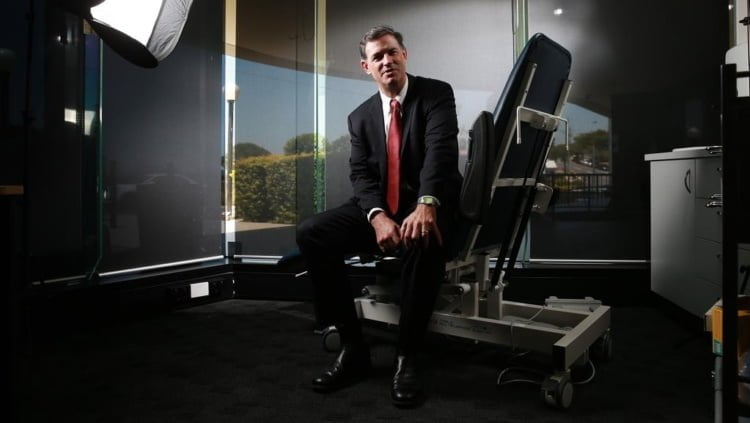 Dr. Chris Hart's own struggle with disrupted breathing during sleep led to his invention of an alternative to traditional therapy.

Studies show that between one-third and one-half of adult American men — and one-sixth of women — suffer from sleep apnea.

Yet it often goes undiagnosed.

Apneas are short pauses in breathing during sleep, causing the brain to awake the individual and breathe more deeply for more oxygen. There is no memory of this disruption, which can occur hundreds of times during the night.

“The most common symptom is frequent snoring and the connection is often overlooked,” he adds.

Other signs are waking up with a migraine, sore throat, or the feeling that the mouth is full of cotton. The inadequate sleep makes it difficult to focus at work, remember things, or even stay awake.

“This greatly raises the risk for accidents and lack of sleep makes it hard to recover from illness, as well as accounting for otherwise unexplained irritability, anxiety, depression or erectile dysfunction,” Hart says.

Causes range from the cranio-facial structure, as in Hart’s own case, brain signal malfunctions, to a large tongue or throat tissues which block the airway, especially in overweight patients.

“The traditional medical treatment is to use a Continuous Positive Airway Pressure machine and a high percentage of patients find it very uncomfortable to wear a mask with a tube to a source of pressurized air while lying on their backs all night,” Hart says. 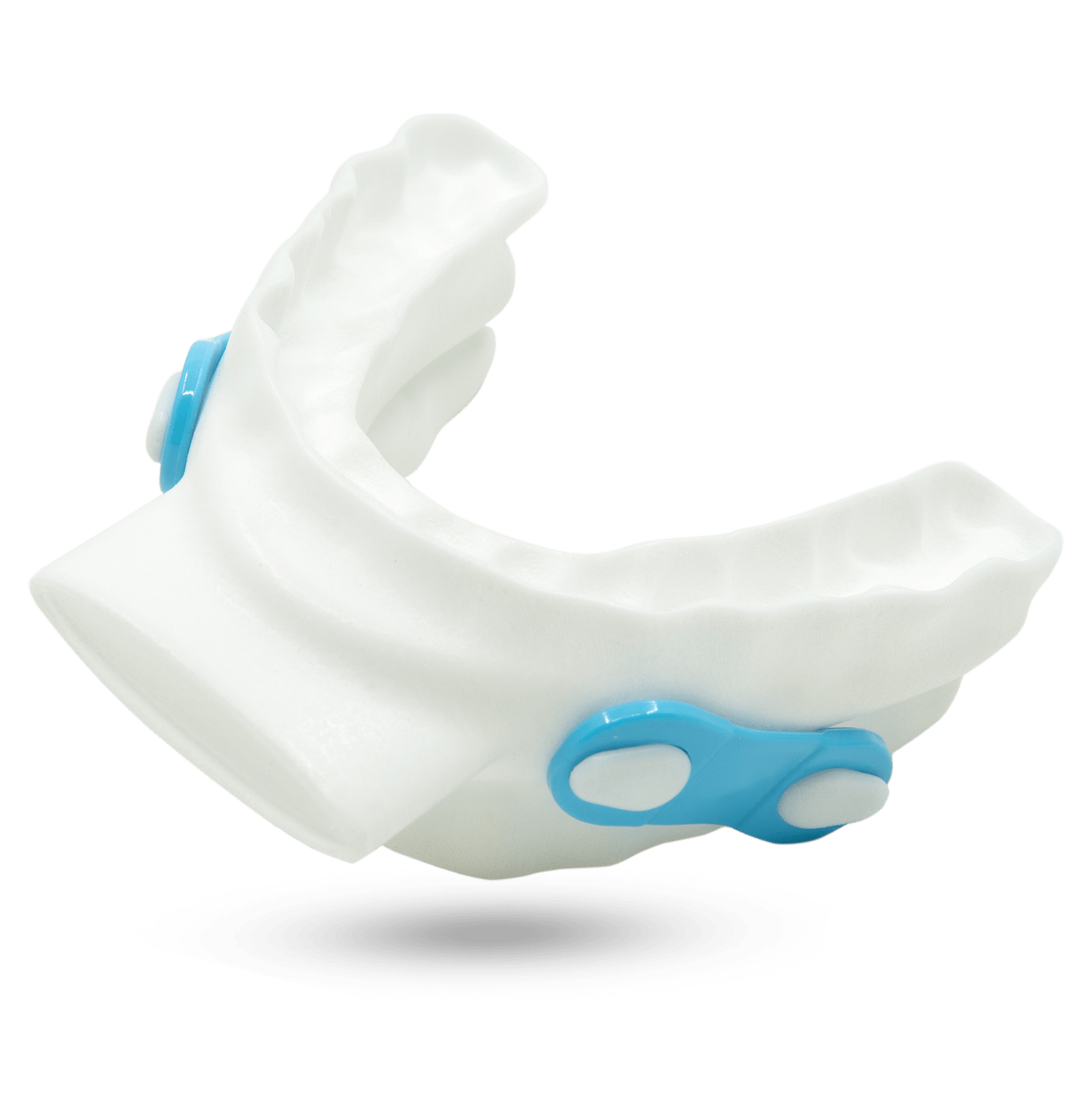 Many people do not use it properly and half give up within a year, so compliance is poor. “I felt I was suffocating trying to breathe through my nose with CPAP, so one night I improvised a mouthpiece out of putty and some plastic tubes that gave me some relief,” Hart says.

Hart’s colleague, lab tech Michael Slater, made a prototype out of acrylic – “and that was the first step towards Oventus Medical,” Hart says.

Seven years and $20 million later, the patented and FDA-approved O2Vent Optima has been shown by clinical trials and peer-reviewed studies to increase the effectiveness of sleep apnea therapy by 50% compared with standard mouth guards, which dentists and physicians often provide as an alternative to CPAP. It also stops snoring.

Hart attended the University of Queensland, playing rugby, thinking he might want to own a business in the healthcare field, and earning a degree in biochemistry and another in dentistry in 1998. On a rugby scholarship, he attended the University of Cambridge, England, where he received his Master’s in biomedical science a year later, while working in the university’s dental clinic (where Stephen Hawking was a patient). He moved on to a practice in the Channel Islands and then he and his new wife thought it would be fun to work at a clinic in the beautiful Seychelles Islands, until it was blown up by the opposition political party.

How Can A Sleeping Ring Improve Your Health And Well-Being?

How To Relieve Back Pain With Changing Your Sleep Habits

Back in Brisbane, Hart realized that a previous surfing injury made it impossible for him to personally practice dentistry, so he borrowed funds to buy his first dozen dental clinics after analyzing how they could be made more efficient and profitable. He sold the chain to a private equity fund and worked with the new owners until it grew to 60, when he exited in 2014.

“They thought it was funny that I insisted on excluding the O2Vent Optima from the deal,” Hart says. “By then, I had run up a $150,000 bill getting the patents, so I needed to get it to market and knew it had a lot of potential. But making them by hand, we could not make them very effective and our commercial potential seemed questionable.”

Hart turned to Neil Anderson, a medical engineer, to see if he had a solution; he recommended that it be manufactured by 3D printing with special software. Hart invested $1 million to develop it and Neil took the prototype to the Australian equivalent of the U.S. National Institutes of Health, and it was registered a year later with the therapeutic goods administration. The team began printing the prototype out of titanium.

However, there weren’t many private equity investors in Australia interested in a breakthrough biomedical technology. Hart realized he needed to bring in some big names for a board that would attract attention. It worked, so he did a private road show that raised $4 million and the initial private offering brought another $12 million. He then began making trips to investors in California and back in two-week increments until the pandemic made returning impossible.

Hart says Oventus Medical improves the therapeutic success rate of the standard sleep apnea mouthpiece from 50% to 80%, but it requires a new legal structure to operate within regulations that differs from state-to-state. The company created an arrangement where the device would be available at a sleep-specialty clinic where a dentist could come in to oversee the scanning of the patient’s mouth.

But then the pandemic turned many of these into ICUs.

“In response, we created a telehealth platform so that dentists and sleep physicians can consult by video with patients, write a prescription for O2Vent Optima, then have an impression kit sent,” Hart says. “When it arrives, the dentist provides guidance on how to make the impression and the device is shipped directly to the patient. When it arrives, the dentist explains how to use it.”

The cost to the consumer ranges from $1,200 to $2,500, which can be reimbursed on insurance and can be financed,  or the consumer can deal directly with Oventus Medical, which recently signed an agreement to provide the device through thousands of respiratory care clinics.

As for the ultimate mega-ramifications of his invention, Hart says, “Now I can breathe easy.”

How Can A Sleeping Ring Improve Your Health And Well-Being?

How To Relieve Back Pain With Changing Your Sleep Habits