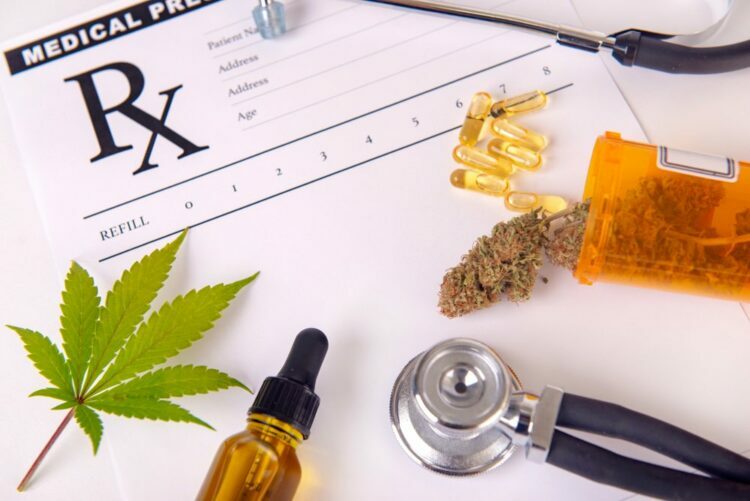 Medical Marijuana For Beginners – Everything You Need To Know

Doctors now use medical marijuana to treat numerous conditions, often lessening the effects of specific symptoms or acting as relief.

However, many myths still persist about its use. In this guide, we clear up the misconceptions and common apphensions for beginner users, so you feel more comfortable talking to your doctor about a prescription for medical marijuana.

Laws and Regulations In Your State

Check your state law first, because while federal law still bans its use, marijuana legalization became a state’s rights issue. Marijuana isn’t yet legal in every state. In 2016, only 16 states had passed laws making medical marijuana legal, but by 2022, 21 states had made recreational usage legal and another 12 had legalized only medicinal use.

Understanding the Method of Intake

Many people still think of Cheech and Chong smoking a bong when they think of marijuana use, but times have changed remarkably. Today’s medical marijuana can come in a variety of forms, including pills, tablets, and oil. Some medicines come as an edible, such as a brownie bite or gummy bear, like vitamins at the drug store.

Most forms of medical marijuana may contain the same warning label that many other pain medications do. Some of the warnings concern driving or operating heavy machinery.

According to the Centers for Disease Control (CDC), drug labeling requirements haven’t yet caught up with state laws, so although a product says it only contains Cannabidiol (CBD), it may contain delta-9-tetrahydrocannabinol (THC), a mind-altering substance that impairs driving.

That means that you shouldn’t drive to and from work while using this type of prescription, nor should you operate heavy machinery on the job. If your doctor says you need to use legal medical marijuana as a treatment, talk with your employer first, especially if your profession requires either of these activities.

Be Transparent With Your Boss

Talking with your employer frankly about your medical concern can save your job. Since marijuana still appears on the federal illegal drug list and it has yet to become legal in every state, employers still test for it along with other illegal drugs. Your boss needs to know that your use falls under the state law allowances.

If you work as a driver or heavy machinery operator, you can take FMLA to undergo treatment and safely use medical marijuana in your treatment program. During this protected leave, you don’t undergo drug testing. You will need to pass drug testing once you return to work.

Your employer may note on your personnel record that you have a prescription and this one substance showing up on a drug test won’t affect your employability. Not every employer does this. No state laws exist directing how to handle medical marijuana as a controlled substance vis a vis workplace drug testing. The employer decides its policy.

What Do Doctors Treat with Medical Marijuana?

During the days of individuals growing and drying their own weed, the medical properties and dosages were not as accurate today. With the relaxation of laws for medical cannabis, medical research has supplanted guesswork. Researchers proved marijuana as an effective treatment for arthritis pain, nausea from chemotherapy, loss of appetite in anorexics, and for symptoms of many other diseases.

Research continues on the plant because it contains a diverse number of cannabinoids – about 500 compounds. Researchers tested and documented about 80 of those so far. Of those 80, medical science uses five compounds regularly. These include:

With about 420 compounds left to study, science could add to this list at any time. Ongoing research throughout the world also considers how marijuana can combine with other substances in medication to improve efficacy.

Getting Started with Medical Marijuana

Understand that medical marijuana doesn’t refer to a reefer smoked through a bong or passing joints at a party. You’d typically receive a bottle of pills, just as you would with any other prescription. The pills simply derive from a plant with an existing reputation.

Delta-8 THC Gummies: What Are They?

What Is Cannabis Tolerance?
Tags: bongcancerCBDimprovelawlegalmakingmarijuanamedicalMedical Marijuana For Beginners - Everything You Need To Knowpropertiessciencetestingtreatment
ADVERTISEMENT

Delta-8 THC Gummies: What Are They?