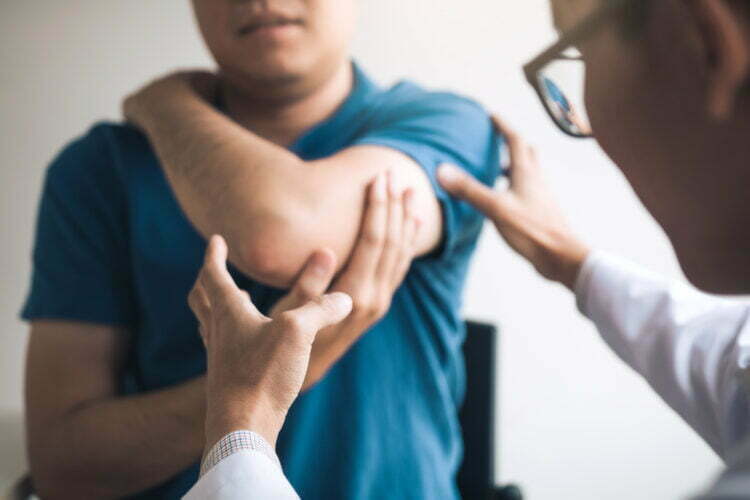 A research study showed that one out of five patients who visited an orthopedic surgeon for treatment of arthritis also used a form of medical cannabis.

Medical cannabis has become an increasingly popular means of treating arthritis, according to various reports. A growing number of individuals have become quite curious if medical marijuana might be beneficial for their medical condition.

Louisiana is just one of the states in which it is possible to use medical marijuana for the treatment of arthritis: check out TeleLeaf.com in Louisiana.

Arthritis, of course, is the general inflammation of various joints throughout the body. It has the ability to affect one joint or a number of joints equally. In fact, there are well over 100 variations of arthritis that feature various symptoms and treatments.

Two of the most common forms of arthritis are osteoarthritis and rheumatoid arthritis. While these are manageable, individuals will find that as the condition begins to get worse, the symptoms can interfere with daily activities and reduce quality of life.

How To Use Medical Marijuana for Arthritis

A research study in Canada indicates that one out of five patients who visited an orthopedic surgeon for treatment of arthritis also used a form of medical cannabis in the treatment of their condition.

With that in mind, 20% of individuals have used medical cannabis with the explicit goal of managing pain. All of these individuals had one objective in mind with medical marijuana, and that was to simply alleviate their overall discomfort.

CBD is generally the most often used cannabinoid found within the plant in the overall treatment of arthritis pain and symptoms. In fact, CBD is the essential compound in medical marijuana and is well-known for its anti-inflammatory effects.

A number of studies have shown that the cannabinoid receptors within the human bone may actually mend the bone tissue which has been damaged.

With this reason alone, medical marijuana may also have the ability to aid in the growth of bone. It has been a common issue for arthritis patients to state that they have noticed lower levels of pain after using CBD in medical marijuana.

Additionally, they have noticed less anxiety as well as fewer issues with sleep.

The Use of Medical Marijuana for Arthritis

Many studies have shown that medical marijuana has the ability to alleviate the effects of arthritis in the body. Such diseases cause debilitating pain in individuals on a daily basis around the world, which is why so many have come to look for new alternatives, such as medical marijuana.

A study at a United States clinic in 2009 stated that 80% of patients were being treated with medical marijuana for myofascial pain.

There are a number of other benefits from the use of medical marijuana, including an increased appetite, better sleeping patterns and an enhanced mood.

Medical Marijuana as an Alternate Form of Treatment

If you have been suffering from the effects of arthritis, it may be time to seriously consider medical marijuana as an alternate form of treatment.

Medical marijuana is not only an all-natural but low cost alternative to many pharmaceutical prescriptions that are on the market for the treatment of arthritis.

There is a growing number of individuals who have turned to medical marijuana as opposed to prescription drugs.

These individuals have found that in addition to less pain, they have also noticed better moods and mobility as well as a decreased need for other medications.

Studies On The Used Of Medical Marijuana

In a 2018 research study, pain was the number one symptom that was cited of the 1,483 people who had used medical marijuana.

Of that number, 700 individuals found that medical marijuana was helpful in the treatment of chronic conditions, and 700 said it was more than helpful in easing the pain of arthritis.

In this study, almost one third of the people stated that CBD in medical marijuana was the primary medical treatment.

There are a number of conditions that people suffer from that are believed to be able to be helped from the use of medical marijuana. If you find yourself dealing with chronic pain, stiffness and swelling, medical marijuana may be a good decision.

However, when dealing with arthritis, it is more than just pain and swelling. There are a number of other side effects that individuals deal with that medical marijuana has the ability to assist with including: