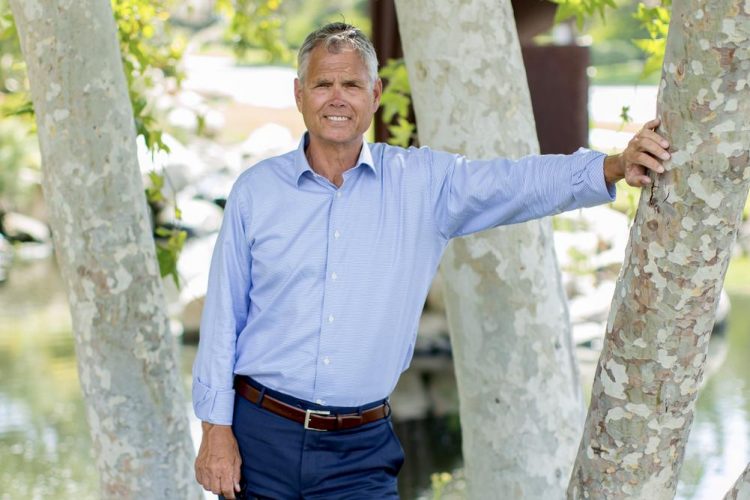 Keith Padgett has spent his entire life counseling, coaching, helping and changing the lives of children as well as transforming and developing programs for a variety of non-profit children’s organizations, including Boys and Girls Clubs.

At the age of 10, Keith Padgett came home from school one day to find his father on the front porch of their San Diego home talking to “the neighborhood bully,” trying to teach him right from wrong.

“My dad changed that boy completely – he went from being the neighborhood bully to one of the nicest kids you could ever meet,” Padgett says. “It had a big impact on me. The kid – his name was Skippy – became a close friend of the family. It changed me too — it made me realize how you could have a big influence on someone’s life.”

Padgett has since spent his whole life counseling, coaching, helping and changing the lives of children from California to Texas. He is considered a hero not only in his hometown of San Diego, but in many other cities such as Los Angeles, Seattle, Riverside and even El Paso, Texas.

Padgett has served as President and CEO of The Boys and Girls Clubs in San Diego and CEO of Big Brothers/Big Sisters in Los Angeles, Sacramento and Seattle, creating unique and impactful programs while generating hundreds of thousands of dollars for the organizations, which includes Pro Kids / The First Tee of San Diego, a non-profit Padgett worked for as CEO in 2012-2014 that inspired and changed the lives of thousands of children.

At the age of 68, Padgett decided to retire as President of Pro Kids, but when calls came in from around the U.S. requesting his services to raise funds and build boards for non-profit children’s organizations, he decided to come out of retirement and create his own consulting firm, Keith Padgett and Associates (KPA).

“I realized that yes — I still had gas left in the tank,” he says with a laugh.

Through his new company, Padgett created another crown jewel career moment by helping put together the nation’s first full-fledged children’s golfing academy, in conjunction with the Boys and Girls Clubs of Riverside, at a new course in Moreno Valley, Calif. that is set to open in 2018.

Simply put, Padgett is a master at establishing, resurrecting and running non-profits children’s organizations. “I’ll let someone else say I’m a master at it – I certainly won’t,” Padgett says. “What I do is help get the organization on a path to success. That’s my No. 1 goal when I’m brought in.”

Well, everyone who has worked with Padgett will refer to him as a master. Take Eric Heffner, for example. He is an executive with Bridge Investment Group. When the firm recently purchased an apartment building in Moreno Valley, Calif. called The Reserve at Rancho Belago to add to its multi-billion dollar real estate development portfolio, management thought it would be a good idea to purchase the adjacent 270-acre golf course and have it serve as an amenity for its tenants.

During brainstorming sessions, Heffner and the management team decided to take it a step further: give back to the community in a big way by establishing the nation’s first Boys and Girls Clubs golf course and teaching academy at the Moreno Valley course. When the management team wondered how it would launch and run the project, Heffner told them, “No worries. I have the right man for the job.”

“He’s the best I’ve ever met in this area,” Heffner says of Padgett, who was President of San Diego’s Boys and Girls Clubs when Heffner sat on the board. “An absolute master in every respect when it comes to a project like the one we had. People like Keith Padgett are in high demand because of his ability to fund-raise and put together a strong and dynamic board of directors and programs for organizations like the Boys and Girls Clubs.”

Heffner and Bridge’s management team saw a “tremendous need” for a golf academy and related programs for Inland Empire children. After all, giving back to its communities and providing after-school children’s programs for its tenants is part of Bridge’s core philosophy. Its initial investment in the golfing project was $250,000. The entire project – the apartment building and golf course – will cost $100 million.

“As soon as we brought in the golf component, I immediately thought of Keith,” Heffner says. “His entire life’s work is his commitment to youth. All he’s ever done – for 50 years — is try to make the world a better place for children. His commit to youth is overwhelming. He just turned 70 and he’s still as committed as ever. He worked in perfectly with our philosophy.”

He also worked in perfectly with the philosophy of the El Paso Boys and Girls Clubs, which recently brought Padgett in as interim CEO to stabilize the struggling organization, help build a board of directors, direct a new fund-raising drive, develop special programs and hire a permanent CEO.

“We were in a very difficult position financially and we needed someone to come in and get us back on track,” says Carlos Loweree, who is on the Board of the El Paso Boys and Girls Club. “Keith, in all of his infinite wisdom, brought us a lot more than experience – he brought action behind his words.

“He is a simply a fountain of information and knowledge – and he had answers for every single question we had,” Loweree adds. “The children here will never really know how much he did for them in the short time he was here. He set the bar. What he did for us was priceless in terms of getting us organized, and getting our brand and name out in the community. He put us in a position to where we’re on the way back. He tossed up a softball and now it’s up to us to knock it out of the park, which we will – and it’s all because of him.”

For Padgett, this is his life’s passion.

“It all goes back to seeing my father on our front porch talking to the neighborhood bully,” he says. “Working with troubled kids – and children in general – was and is just so rewarding for me. I knew it was my calling early on – even when I was a teenager.

“The impact you can have on a child’s live is just so powerful,” he adds. “Without your influence — or the influence of others — that child may get in trouble and not have the type of life they can enjoy and be productive and successful. Think of all the bad things that can happen if you don’t have the right mentoring. That’s what given me so much satisfaction from the day I started doing this 50 years ago.” 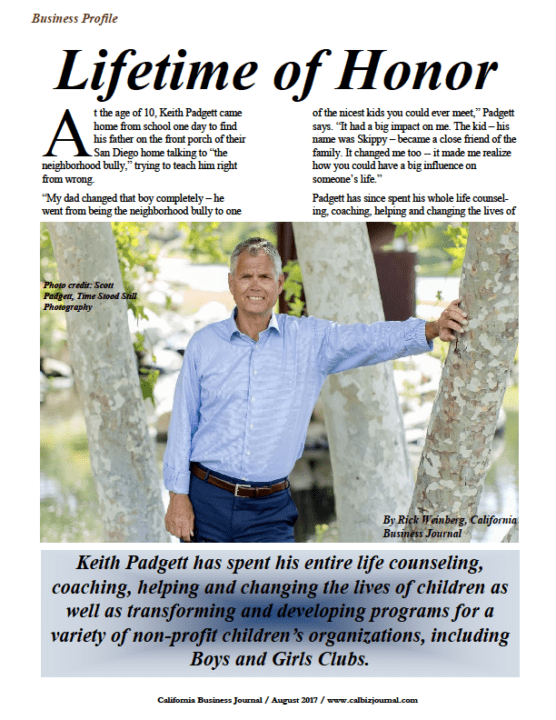