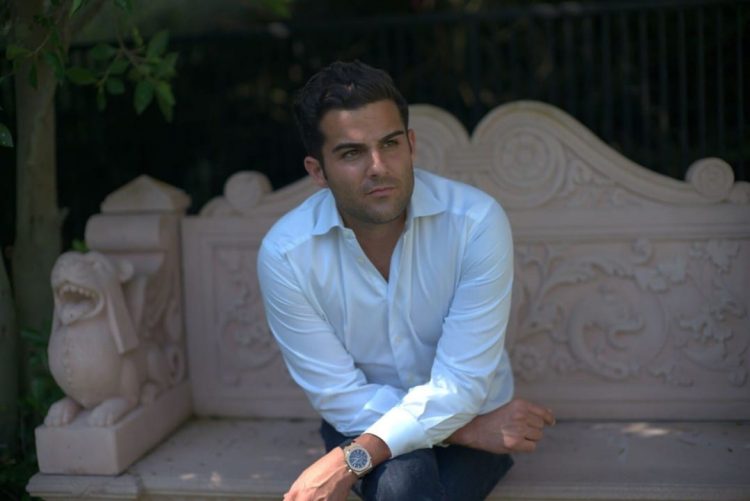 Venture Capitalist Sean Brown and his firm, GO VC, specialize in not just funding but providing young companies with infrastructure, marketing and “a network” that entrepreneurs need, want and often times are simply unable to do by themselves.

Most venture capitalists invest in ideas and products. Orange County native and serial entrepreneur Sean Brown is succeeding with a different strategy. He invests in people.

Sean Brown is one of those people born with a natural attraction to true entrepreneurship. Some of his lifelong friends like to bring up the time when he was 15 years old and took his life savings of $4,000, bought 20 miniature motorcycles, and sold them all in four hours for a profit of $10,000.

Now 32, Brown heads GO VC – the VC standing, of course, for Venture Capital. His firm specializes in not just funding but providing administrative infrastructure, digital marketing, and an otherwise untouchable network of valuable contacts. GO VC is a “dream come true for entrepreneurs” who focus on bringing the idea of their vision to life while leaving the administrative and infrastructure part of the business to someone they can count on.

“GO VC fills the gaps,” says Brown, who takes “a very hands-on approach” upon deciding to fund a new endeavor.

He initially meets with entrepreneurs and business owners to discuss their idea and to see if there is a genuine connection. GO VC does not have a predetermined, set, underwriting criteria.  It comes down to Brown’s instincts.

To Brown, business relationships are almost comparable to marriages. “The people behind the businesses being invested in have to be people worth being emotionally and financially involved with for the long term.”

When he initially launched GO VC, Brown followed the path of highest returns, without putting an emphasis on the people behind the businesses, which lead to financial success. But focusing strictly on the bottom line proved not to be completely fulfilling.  This inspired him to spend more attention focusing on investing in real people, causes, and ways to improve the future.

Now that the goal is about more than money, Brown has turned down ventures that he was certain would be financially successful, simply because the people involved did not share a more purposeful vision.

And it’s Brown’s money that is being utilized for the startup’s funding. He has no interest in bringing in angels or other co-investors. Nor is anything publicly traded. And all deals are private.

He performs deep due diligence, examining financials, the business plan and any other research he deems necessary. That includes checking for weaknesses in the business plan. Maybe the entrepreneur lacks marketing experience. Maybe they don’t have the administrative personnel needed to run the operation. No problem. Once Brown commits, he dips into his vast contacts and finds the people to help grow the business: developers, Internet marketers, media buyers and search engine optimization experts, to name a few.

“I have a substantial rolodex of assets that can help me,” he says. “Everybody I do business with, I consider a friend. Instead of making the most money possible with people that I do not share values with, I would prefer to generate less profit but run a successful and meaningful business with someone I can call a friend.”

His Irvine, Calif. corporate office has become a bit of an incubator, where ideas and products can be tested for six months to see if they are viable. If it’s a loser, things end there. But when they find a winner, Brown kicks in more funding to help the entrepreneur find his or her own office and staff, and helping train everybody as needed. 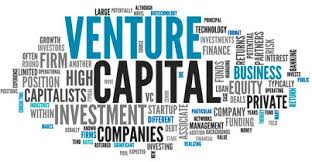 He hesitates to name some deals he has done for confidentiality purposes, yet one he did mention is AdLeaks.com, an online forum for internet marketers. The site includes a wealth of articles and contributions from experts on topics like using influencers to market products, tips on how to advertise profitably on Facebook and Instagram, and using retargeting to dramatically increase sales fast. The company has 150,000 members, of which thousands have opted to pay a monthly fee that entitles them to a premium group offering exclusive deals on software tools, courses and services from industry experts, as well as a library of videos, community support, and very exclusive live events around the world.

Another investment Brown named was Healwell.com which specializes in the health and wellness space. Healwell.com has seen rapid growth in the e-commerce space and has already been awarded the two Comma Club Award for generating over $1 million through a single funnel on clickfunnels.

Brown is always on the go, so his company name is quite apt. He named his company GO VC because “go” insinuates fast and he believes in making the most of every moment. Whereas funding typically takes between months and years, Brown makes deals happen in as little as 30 days if he truly believes in the company and “if I have the right deal and the right partners.” 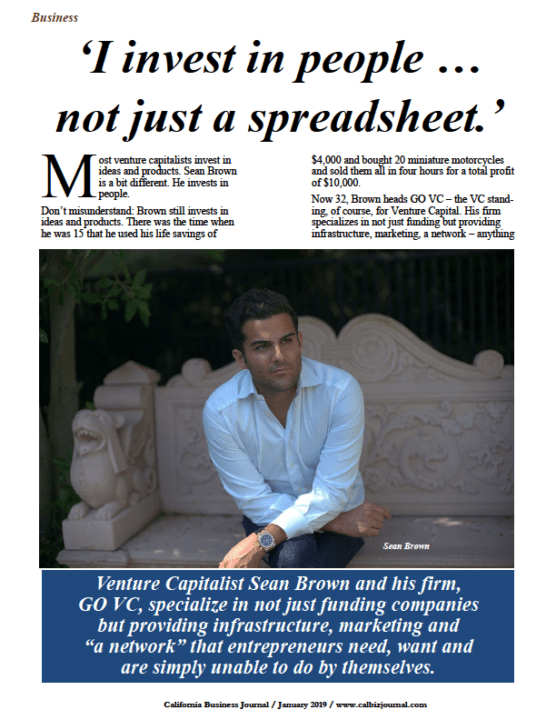 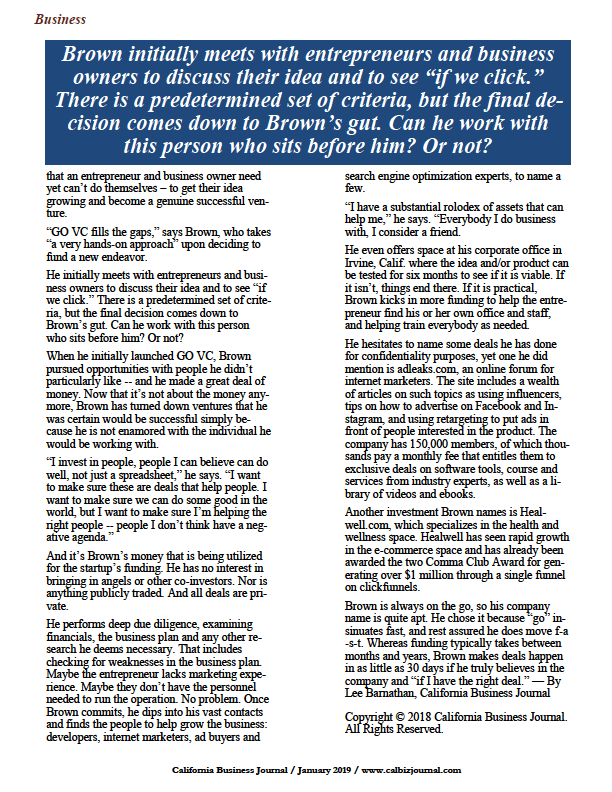