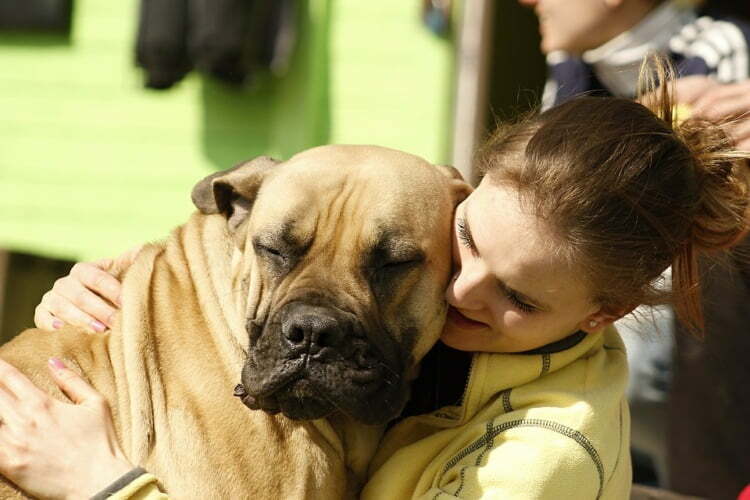 Dogs get anxious due to varying and distinct causes. A calming and peaceful environment is the first step in reducing anxiety.

What are the Various Reasons Due to Which a Dog May Develop Anxiety? The feeling of anxiety gets described and associated with uneasiness, dread, and fear. Most lifeforms who have even a shred of intelligence can experience it. The emotion stems as a countermeasure and reaction to cope with extreme stress, pressure, and tension that act on the mental health of a human or an animal.

In other words, not just a human being but an animal can also suffer from the sense and effect of anxiety. Dogs are no exception to the case. A dog can get anxious due to varying and distinct causes. Nevertheless, the reasons for the animal’s anxiety are few. They can get limited even further provided that it receives a calming and peaceful environment.

The most conventional and common causes due to which a dog can develop anxiety consist of the following:

Anxiety in a dog can stem from the terror or fear of a particular person, place, or situation. In most cases, it launches the animal in a state of horror, panic, and distress. One reason for anxiety can be the effects and presence of sudden and loud noises. These sounds may be momentary or may persist for a long time. Nevertheless, both cases influence the animal detrimentally.

In other instances, a dog can become anxious due to the unexpected and rapid introduction of an additional animal or person. It can be into their family or house. It can lead the dog to think that they are getting abandoned for a new member. The animal can also go into a state of fright. It may be because it fails to understand who the addition to the environment is or why they are there. In such scenarios, the animal generally does not accept the new person or animal and becomes aggressive.

In addition to these scenarios, a dog can get anxious due to fear that arises and stems from disturbing, colorful, and unusual visual stimuli. These provocations can be something exceedingly commonplace. It can be a curtain or an umbrella.

A dog can get afraid in all kinds and types of new and strange environments. It can stem from previous cases of neglect and abuse.

Another circumstance of anxiety arising due to fear can be due to multiple traumatic visits to the vet. A variation of the distressing and upsetting experience can be something like stepping on the glass as well.

Separation anxiety is one of the most common disorders seen in domestic animals. In such cases, a dog can feel tensed and become stressed if they cannot see or sense the presence of a comforting body. Typically, the animal looks for their companions or family members.

The concern for abandonment and separation can be due to past traumas and experiences. It can be because the animal had been left by itself for extended hours or deserted out on the streets. The anxiety stems from and enhances their insecurity when they do not find a person they find comfort in and know.

Dogs can become worried and anxious due to the inevitable and approaching apprehension and fear of death. If they do not get reassured and comforted for a long time, they can get launched into madness. The animal can also develop Cognitive Dysfunction Syndrome (CDS) and show signs of a loss in perception, awareness, memory, and learning capabilities. They can become confused and tense, misunderstand little things, displaying aggressive behavioral changes and patterns.

What are the Ways to Reduce Dog Anxiety Without the Use of Medication?

The best method of reducing the symptoms and consequences of dog anxiety is by discovering and purging its cause. Most people avoid medication in fear of side effects and traditional beliefs. Nevertheless, other effective and beneficial ways exist that can help reduce the feeling of anxiousness.

Dog anxiety can get reduced by giving the animal a sense of safety and reassurance that it is loved and protected. It is possible by providing it with a comforting and peaceful environment. However, there is no need to build and construct an entire quarter or room for that purpose.

In most cases, a calming dog bed or a serene environment help the animal feel tranquil and sheltered. The addition of a few toys or a playmate enhances the effects of the surroundings and its peaceful nature.

Research has revealed that dogs feel safer and more loved when patted and touched multiple times a day. For that reason, increasing the number of times that the owner cuddles with and pets the animal helps to reduce its anxiety significantly. An incremented period of playtime also aids in this. It makes the dog feel wanted and loved, eliminating and removing most of its concerns and worries.

The increased playtime and physical contact can make a dog feel as if its playmates and owners would love and protect the animal unconditionally at all times. It allows the animal to get rid of its anxieties by itself.

Due to anxiety, a dog’s muscles can become tense and sore. That is why a massage helps alleviate both the mind and the body by serving as a therapeutic session. It brings with it a calm mind and a relaxed body. A joint and combined effect of the two elements allows the animal to forget all the factors of worry and concern. It can eliminate their anxiety. During massages, dogs generally enjoy long strokes that start from their neck and move down their back.

Some specific kinds of music serve to soothe and relax dogs to a substantial extent. These pleasant sounds can block out the scary, disturbing, and sudden noises from the surroundings and background.

The music can also help relax and calm the animal’s mind. Such tunes and tones can alleviate a dog’s sensitivity to sounds.