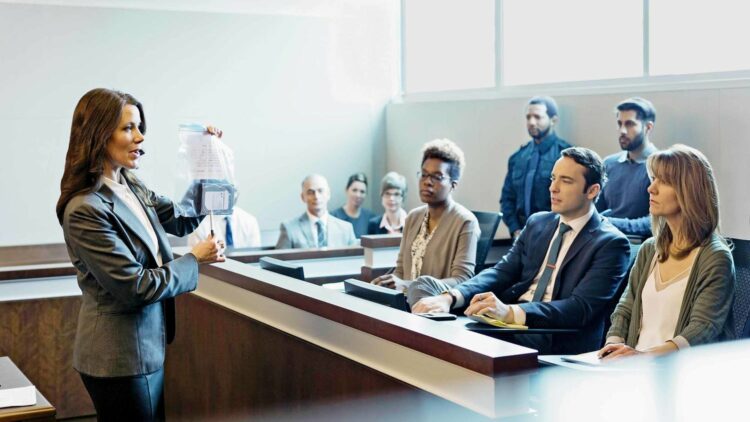 When it comes to property crimes in California, many of them are related to thefts. The most common are larceny thefts, which is when someone unlawfully takes someone else’s personal property.

In second place are auto thefts, followed by burglaries. According to Weber Law, petty theft and grand theft are among the most commonly charged theft offenses. The most crucial distinction between the two is the value of the stolen property.

If the stolen property has a value of $400 or lower, it is considered petty theft. You may be charged with grand theft if the value is more significant. Anyone accused of a theft crime needs to understand how theft will be proven by the prosecutor, what the punishments are, and how lawyers can help you in your theft defense allegations.

No matter if you are charged with petty theft or grand theft, the prosecutor must provide the following facts:

Every defendant needs to know the consequences of their actions. In California, Petty Theft (Penal Code 484) is considered a misdemeanor, which is a lesser crime than a felony.

In most cases, the convicted may be punished by up to three years of informal probation, a maximum sentence of six months in the county jail, a $1,000 fine, or everything mentioned.

In certain instances, such as when the convicted has no prior criminal history and the property stolen isn’t significant, petty theft may also be charged as an infraction and dismissed, but only if the defendant completes a series of theft education classes.

When it comes to grand theft punishments in California, things are more serious. Grand theft (Penal Code 487) is also a misdemeanor. Still, it can be a felony as well if the property stolen is of a significantly higher value.

Grand thefts labeled as misdemeanors in California carry the same punishment as petty thefts: up to three years of informal probation, a maximum sentence of six months in the county jail, a $1,000 fine, or both.

Felony grand thefts have the harshest punishments, which may be 16 months, 2, or 3 years in state prison.

How to Defend Yourself Against Theft Charges in California

If you are charged with theft in California, remember that they are often based on weak evidence that you and your lawyer must vigorously challenge. Depending on the circumstances of your case, your lawyer might choose the following defense strategies:

One way to defend yourself against theft charges is by proving that you didn’t intend to keep the property permanently.

If the allegedly stolen goods belong to you and you have the right to possess them, you didn’t commit theft.

Another theft defense strategy is to prove that you had consented to take the allegedly stolen property.

Someone may intentionally or wrongly accuse you of stealing for various reasons. However, this is when a proper defense lawyer will make all the difference in the world. Contact one right away.

4 Incredibly Secure Safes for Important Valuables, Possessions, or Data in Your Office

What Financial Crimes Do People Commit on the Dark Web?
Tags: A Guide to Theft-Related Crimes in CaliforniaCaliforniaeducationlawyervalue
ADVERTISEMENT

4 Incredibly Secure Safes for Important Valuables, Possessions, or Data in Your Office