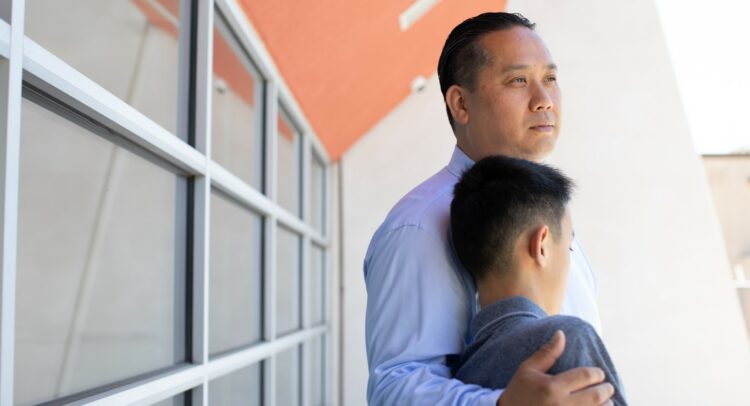 How Dr. Bao Le Saved His Son’s Life … With Cannabis

When Dr. Bao Le’s son Andrew was three years old, he needed answers, fast. Diagnosed as being on the autism spectrum at two and a half, Andrew experienced his first grand mal seizure at age three.

“Literally at the dinner table, he fell over and started seizing,” says Le, CEO of Hhemp.co. “I was freaking out and called 911 and got him to a hospital. Then the medicines start coming. Keppra was the choice for preventing seizures but it can cause depression and anxiety. To remedy that, we were prescribed Prozac and Depakote and then when he started school, he was labeled ADHD and took Aderall. So now we had a nonverbal, severely autistic child, who was deeply medicated.”

Le, a chiropractor in the Bay Area at the time, realized this wasn’t sustainable. Andrew had night terrors and difficulty sleeping. Le started seeking for treatment alternatives that could help with seizures that wouldn’t trigger the other issues.

“It was 2011, so there wasn’t a lot out there, but there was buzz locally and on the internet about CBD oil having positive effects. I had a few clients in the hemp industry and I started asking them questions.”

He got a medical card and began going to dispensaries and asking questions about effectiveness with seizures or autism and found nothing out there. He bought some THC oil and CBD oil and started mixing tinctures in his kitchen. After weeks of experimentation – starting with very low doses – he arrived at an 8:1 ratio of CBD to THC. He tested them on himself before giving to his son is small doses but wanted to gradually build so that they were remaining in his system.

“Finally, we had a milestone where Andrew slept through the night for the first time in about five years,” Le says. “He was still having seizures but the night terrors began to go away. We thought this is the miracle drug. My wife and I were all in. About a year in, we started weaning him off Depakote, Prozac and Adderall. He’s been on a regimen of supplementation – or what I call ‘plant medicine’ for seven years now.”

“I started the company because – when I was buying tinctures from other people – I had no insight into how the ingredients were tested,” he says. “There was no regulation during that time. So, I went out and learned how to extract and found farmers in Humboldt and became one of the first permitted and licensed cannabis extractors in California.”

He recently worked with Oregon State University on a breakthrough study about how cannabigerolic acid (CBGa) and cannabidiolic acid (CBDa) active oil can help make cells resistant to the SARS-Cov-19 virus. The extraction for the study was facilitated by his current company Hhemp.co, a manufacturer and distributor that works with other brands and retail partners to develop and deliver the highest-quality CBD and CBG products available.

Hhemp.co will be “collaborating with OSU researchers to launch the development of targeted CBDa and CBGa capsules and tinctures, guided by the doses investigated in the study,” Le says. 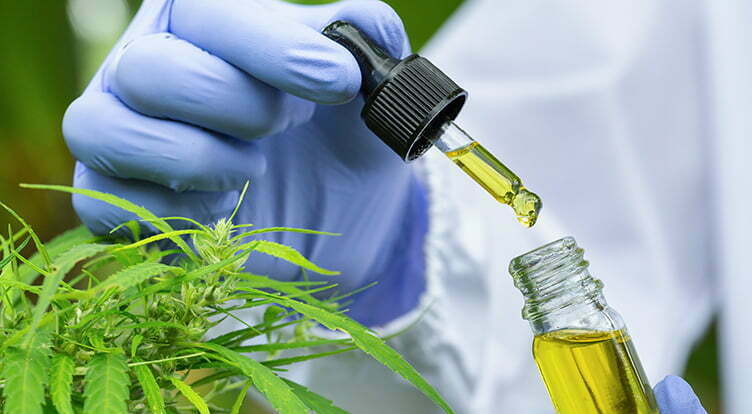 What is the difference between hemp and cannabis or marijuana? According to Healthline, “While science doesn’t differentiate between ‘hemp’ and ‘marijuana,’ the law does. Legally, the key difference between the two is tetrahydrocannabinol (THC) content. Hemp is marijuana with less than 0.3 percent THC by dry weight. THC is the primary ingredient associated with the ‘high’ of marijuana.”

“I started this company with the premise of trying to find more innovative products for my son and my own selfish reasons to want to raise standards in the industry. The current state of the hemp industry does remind me of the unregulated cannabis community in 2015 to 2018. We are not quite there yet and there are a couple bad apples who might say their products has 100 milligrams of chemical, but if I test it, I could find it has only 25 or 50 mgs, which is not good because the end user or consumer is not protected.”

Le says he already holds himself, his company and products to the current standards of the cannabis industry. Hhemp.co’s lab testing, innovation, product development and manufacturing, labeling and packaging are already at the standard of a highly regulated industry.

It’s because of these standards and reputation, that Hhemp.co is being sought out by the leaders in the cannabis industry to white label their hemp products. But Le considers it more “collaborative customization offered to like-minded brands” as opposed to traditional white labeling, where one company puts their branding on a generic product.

“I didn’t start out wanting to be a private-label manufacturer or brand but it’s because we penetrated markets so well, people sought out our quality and then asked us, ‘Hey, can we collaborate?’” Le says. “I like this approach as opposed to taking my lollipop and putting someone else’s branding on it. We want to work with trusted companies to innovate together and customize for them.”

Hhemp.co uses the concept, “the ultra-entourage effect,” which is centered on finding the right blends of chemical and delivery method to entourage together to give the greatest effect and be most effective.

“Above all else, we want our products to be safe, trusted and effective,” Le says. “If our product isn’t affecting your body with what you’re paying for, you won’t buy it again.”

Le is passionate about continuing to innovate and is always doing research and development and networking with other companies in the cannabis and hemp industries.

“There are like-minded operators that want to use my services and I want to use theirs the same way,” he says. “I might not be able to scale and make a certain product but I can find a quality lab that can do it so I’m happy to work with them too.”

For those curious about trying tinctures for treating issues a child or family member might be experiencing, Le recommends a “slow and go approach.”

“I was always slow and go,” he says. “If the bottle says one serving is one milliliter go half a milliliter. Always go with half the recommended dose to start, especially with a special needs child. I recommend tinctures when you’re introducing medicine into a diet, especially plant medicine. It’s the most controlled and easy to measure. And then the medium you use for delivery is also important. A lot of people do not like to put something they don’t know into their mouths, and this is especially true for children and adults on the spectrum. It was a learning curve with my son but I found putting a few drops on Ritz crackers an effective approach.”

The potential benefits of CBD, CBG and the other derivatives of cannabis and hemp are still largely untapped. Or the techniques for extraction and delivery are still evolving. Innovators continuing to push for high-quality ingredients in the most effective methods of delivery, may revolutionize the management of many health issues.

What Is Acquired Ptosis?

How to Compare CBG Oil Products

The State of Autism Detection and Treatment

California Business Journal Exclusive: The Lack of Diversity in Clinical Trials is Staggering