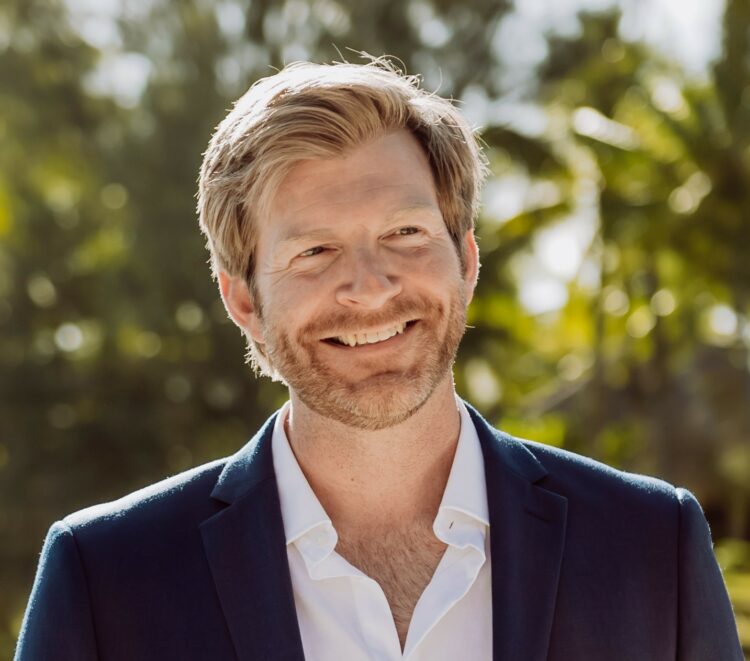 After observing how people consume video games and interact with the different forms of television, Biotech entrepreneur Davis Brimer had an epiphany.

Given advances in technology, perhaps this is the time to combine these separate yet potentially synergistic mediums into a single unified form of entertainment.

“Today’s consumers of digital content are virtually always watching a show, playing a game on their phone, and messaging with friends — all at the same time. To the consumer, there is no division between the consumption of all three. However, each category of product offering was developed and matured into separate industries, in separate companies or divisions, with separate decision-makers and bottom lines – I think the time for a merger of these various mediums is now,” Brimer told California Business Journal.

He brought an embryonic concept for a start-up to senior-level executives in television, gaming, and blockchain technology. After receiving their unanimous support, he went about building on his vision. The result is Gamisodes (https://gamisodes.com/), the first media-tech company to transform episodic television series into online games where players become part of the action.

“Gamisodes would never be able to realize its full vision without the talented leaders we have been fortunate to recruit.”

With Schwartz, Brimer took meetings with potential collaborators and soon added more leaders to his company.

First aboard was the kids’ entertainment powerhouse, WildBrain, owner of an expansive library of major globally-renowned children’s entertainment brands, including the one Davis had set his eyes upon to ’gamify’ for his new platform – Inspector Gadget.

Brimer’s concept was to take episodes of the classic animated series and remaster them into fully immersive online games. As part of the gameplay, he sought to create sets of Inspector Gadget virtual cards for both collector trading and use within the Gamisodes platform, taking advantage of the current craze for digital collectibles.

After succeeding in his effort to team with one of the world’s top animation providers in WildBrain, Brimer closed a deal with Web3 leader Dapper Labs.

“Networking with no fear has always been my best way to connect with top-notch folks like we have been able to secure for Gamisodes. I truly believe in the vision for Gamisodes, and feel privileged to be working alongside executives and companies with deep track records of success in realizing that vision,” he says.

“We are revitalizing and repurposing classic nostalgia content that resonates with all ages, then activating these brands across both virtual and physical media. Beginning with Inspector Gadget, we’ve designed several collections of limited-edition virtual trading cards that can be collected today and later used on the gamified episode platform for added benefits and enhanced experiences. We’ve also engaged our fans and community in our 24/7 chat room on Discord to maintain a high level of consumer anticipation for our 2023 launch.”

In each Inspector Gadget gamisode, a player’s avatar will become a part of the show, seamlessly interacting with Inspector Gadget and friends to take on the bad guys. During the game, players will be able to use their virtual collectible cards for an in-game bonus, like a tool, an ability, or even a wearable.

Brimer’s marketing plans are centered around creating amazing and fun experiences for players and collectors, with word of mouth carrying the company’s message forward.

“When we ‘wow’ the first 100 people, they tell their friends and so on. Before you know it, we are the next generation entertainment platform – a one-stop experience shop for entertainment, gaming, and goods. Initially, we’re starting out with some of the most beloved characters from millennial’s childhood, and reintroducing them to the world while respecting what made them so great in the first place.”

Gamisodes will continue to acquire and license popular animated series as well as develop and produce original content with its own character-based brands. “Ultimately however, Gamisodes is a technology company. While we’re developing this initial content, we’re also developing a one-of-a-kind technology platform and the SDK tool sets that will allow third parties to develop their own content – a la the App Store model,” Brimer concludes. “We can’t wait to see what the world of creators will come up with.”

Women in Gaming Industry – Where do We Stand on Gender Equality?