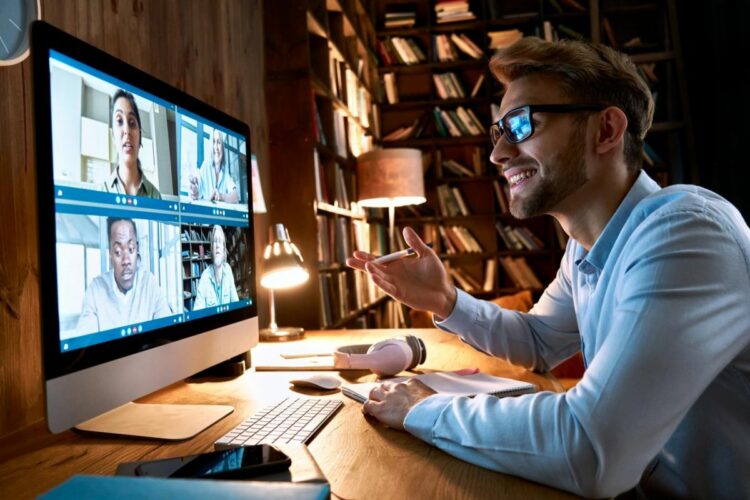 The internet puts every piece of information that the human race has ever learned at our fingertips. All we need is someone to point us in the right direction of the appropriate knowledge and someone else to assess our understanding of that knowledge after we’ve taken it on board.

Even the most ardent supporters of remote learning will tell you that it doesn’t (and can’t) work for everyone.

It wasn’t just adults who were forced to learn remotely, though – it was children. Schools and educational institutions that had never offered remote learning before suddenly found themselves trying to adapt to it with virtually no notice, and it wasn’t ideal.

It’s fair to say that all of those schools and institutions did the best that they could in the circumstances. It’s also fair to say — according to the Wall Street Journal — that it didn’t go very well. For every student who took to remote learning like a duck to water, another three or four couldn’t concentrate, didn’t engage, and will likely suffer long-term learning consequences because of it.

We shouldn’t pretend that adults and children learn in the same way. Adults don’t choose remote learning courses because they want to avoid classrooms. They choose them because it’s often the only way to fit a new qualification around an already-busy home and work schedule. Children are the opposite. Classroom-based learning is the default option for them.

If they’re engaged in remote learning on a permanent or semi-permanent basis, there’s usually a special set of circumstances behind it. However, some of the things that children had to say about their experience are enlightening, according to the New York Times. Complaints about workloads given out at home versus workloads in a classroom environment were common, but the most common complaint of all had nothing to do with the workload – it was about interaction.

Think about the way that classroom-based learning actually works. It’s not just a case of a teacher or lecturer explaining a subject and a classroom full of people writing down everything they say. It’s a process of interaction.

If a student doesn’t understand an explanation or is struggling with a concept, they can put their hand up and ask questions. In certain circumstances, it might even be possible for the teacher or professor to spend one-on-one time with a student to support their learning further while the rest of the class gets on with another task.

Another benefit of classroom-based learning is that it’s possible to assign group activities, so students can enhance their learning by discussing topics together or even performing practical assignments as a group. None of these things are possible with remote learning.

Although our memories of the pandemic are already beginning to fade, most of us remember the strangeness of being on Zoom group calls with our friends and families and how unnatural those calls were. It took a while for us to work out why those calls felt unnatural, but we got there in the end. In a normal group situation, smaller conversations can break out within a group. A group of five people, for example, might have three people discussing one topic and two people discussing another, all of which is perfectly normal. That can’t happen on a Zoom call.

The conversation is dominated by whoever’s doing the bulk of the talking, and only one person can respond at a time. There’s no option to discuss things with anybody else because it would interrupt the main conversation, so if you’re not involved in that main conversation, you’re merely a bored onlooker. This is one of the biggest problems of remote learning versus classroom-based learning. If you can’t get the lecturer’s attention or you’re simply not somebody who’s comfortable with the idea of speaking up and asking for help in such an environment, you’re likely to struggle and fall behind.

While remote learning works for some, it’s also the perfect example of why sometimes something shouldn’t be done over the internet just because it can. Some industries and hobbies work perfectly well over the internet. The old British tradition of going down to the pub on a Saturday to watch football and place bets on the outcome can be effectively emulated by the plethora of casino and sports betting websites that offer live odds and live streaming of sports fixtures.

Rather than going to the pub and visiting a bookmaker on the way, sports fans can check the odds by comparing sister sites side by side, placing their bet with their chosen casino digitally, and then inviting their friends round to watch the game on a live stream. Just as digital casinos have become more popular than physical casinos, digital sports betting is rapidly becoming more popular than physical sports betting. That’s because nothing is lost through the process of placing bets online. The same can’t be said for remote learning – and if we’re to use the same metaphor, studying for a qualification shouldn’t be something that you take a gamble with, given the astronomical costs that are often involved.

Remote learning is an option if you’re stuck in your current job and you have no means of progressing unless you gain further qualifications. However, there’s usually an alternative, and the alternative is studying at night school. It might sound like an old-fashioned idea in the digital age, but it worked perfectly well for thousands of people before the internet came along. There’s still something to be said for the idea of doing your studying in person with in-person assistance from an expert, and that’s something that the digital route does not – yet – offer. Perhaps that will change when the metaverse takes hold. Until then, think twice about remote learning unless you’re confident you can learn in isolation.

How do parents handle training when applying for a Work-From-Home job?

How do parents handle training when applying for a Work-From-Home job?

Tips for Building a Company Culture with Remote Staff