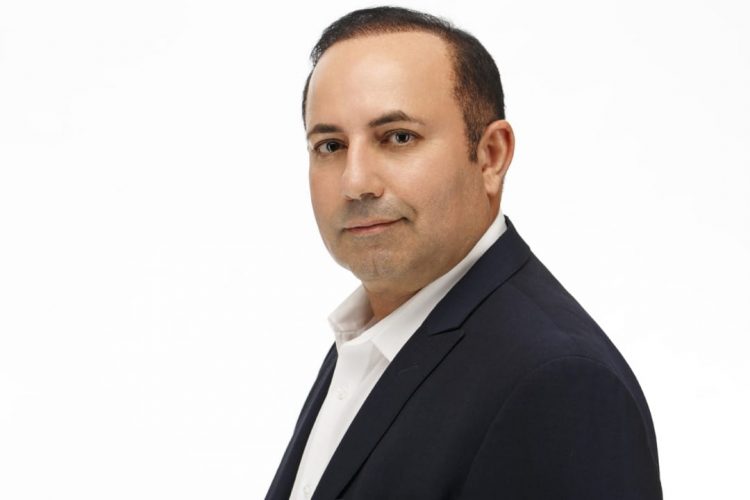 Beyond Limits CEO AJ Abdallat has embarked on what he believes is the “most disruptive technology since electricity and the internet” -- Artificial Intelligence.

AJ Abdallat has been living on the edge for years – the edge of scientific discovery, that is.

He describes himself as a serial entrepreneur, co-founder and CEO of several high-tech startup companies that have worked exclusively with the California Institute of Technology (Cal Tech) and the Jet Propulsion Laboratory (JPL) on technology designed to, for example, detect water vapor on Mars and translate thermal heat into images for use on fighter jets.

Now, as CEO of Beyond Limits, he’s embarked on what he believes is the “most disruptive technology since electricity and the internet”: Artificial Intelligence.

As Abdallat explains it, artificial intelligence (AI) involves a machine performing functions a casual observer would view as intelligent. The term dates back several decades – it was coined by John McCarthy of Massachusetts Institute of Technology in 1956.

However, there are two sides to AI. The numeric side and the symbolic side. The numeric side is mainly machine learning – training the machine based on data or experience. It can provide an answer, but it cannot explain how it arrived at that answer. The machine can classify something as a cat or a dog. “But it doesn’t understand what a cat is or what a dog is,” Abdallat explained.

By contrast, the symbolic side of AI relies on educating the system. Says Abdallat, “A symbolic system will tell you, ‘This is a cat because it has a tail. It has whiskers. It has a color. It has four legs, and it’s this high.’ It can give you more information based on the training and the knowledge it was provided. Think of it as sending a kid to college, and they’re reading textbooks and learning about a new field.”

Abdallat describes what “explainability” could mean to the drug development industry, which spends billions on drug discovery. “Out of 10 trials, one is successful,” he says. “And if you have the wrong assumption or the wrong data set, you have to start over from scratch.

“With AI, we have these intermediate points. We can understand what went right and what went wrong, and adjust accordingly. And we don’t have to go and redo it from point A.” As he says, “This can be a game changer in the drug discovery market.”

Beyond Limits is working with strategic partners to bring that potentiality to life. “Definitely, we can cut the time [to get a drug to market] and reduce the cost of drugs,” he says.

Unlike most AI companies today, which identify with the numeric side, Beyond Limits uses both symbolic and numeric processes to solve problems. “So we’re closer to human-like reasoning than conventional AI. And that way, we’re also able to do autonomous, actual intelligence.”

Symbolic intelligence is critical if you’re operating in space, says Abdallat, and  translates well to earth industries working in rarified environments. For Beyond Limits, that means the energy industry in particular. Companies extracting oil and gas in the Arctic Circle, the Gulf of Mexico, the North Sea or the Sub-Sahara are facing the same kind of conditions faced in space, he says. “We’re leveraging our experience and expertise for the last two decades handling these dynamic and harsh environments where a human being cannot be present, and applying those to solve complex industrial problems in the energy sector.” And, says Abdallat, “We’re getting some good results.”

The company also serves the financial services industry, health-care and transportation. But unlike companies working on autonomous vehicles in the transportation field, Beyond Limits is focused on what Abdallat calls “situational awareness” or assisted driving. “We have a project in Japan that is focusing on the driving elderly population and how they can build that safety net trying to identify a distracted driver or someone who has a health issue, and fighting that before it happens.”

AI is already ubiquitous, Abdallat says. “It’s in your toaster, your microwave oven; it’s in your car. Soon enough it’s going to be in our bodies, in our pets.”

In fact, he says, “AI now is used to write and compose scripts and compose music, to do art. I can’t think of an area you can’t apply AI to.”

Abdallat acknowledges that AI will automate some jobs that involve repetitive tasks. “But we don’t think the question is going to be man vs. machine. We think there will be a new era of man collaborating with machine.”

He envisions a creative and collaborative environment that will allow mankind to handle a second set of problems we were not able to handle before. “Right now we’re getting into a new area where you need adaptive processes – customized processes – where factory systems and processes need to be flexible, customized. Corporations need to adapt to not just produce large, standardized products but customized products for consumers.

“For that,” says Abdallat, “we need man plus machine.” He points to BMW factories in Germany that employ very sophisticated robots. “The robots are aware of every movement that their human colleague is doing. They’re working in harmony, like a ballet.

“This is the future factory,” he says. “We need that to end up creating more opportunities and more jobs for mankind.

“Think of it this way,” he says. “Imagine if I want to go to an operating room. I want that surgeon to have access to 20 AI agents.” AI can advise the surgeon, providing information about your medical history and your reaction to drugs, for example. “If you give me the option – you want one surgeon, or one plus 20 intelligent agents? I would take the one plus 20.”

Abdallat is also focused on global expansion. With customers in Europe and Asia, as well as North America, Beyond Limits is beginning to tackle problems overseas. “Expanding our footprint is a priority for us,” Abdallat says.

On the horizon in the next five years is having AI systems talk to each other. “We think that connected intelligence – having cognitive agents talk to each other – is going to be the wave of the future. Abdallat calls it the “holy grail in AI,” the point where machine intelligence will be equal or superior to human intelligence. “We see that on the horizon in the next five years, and we believe that Beyond Limits is going to be one of the pioneers, leading in that arena.”