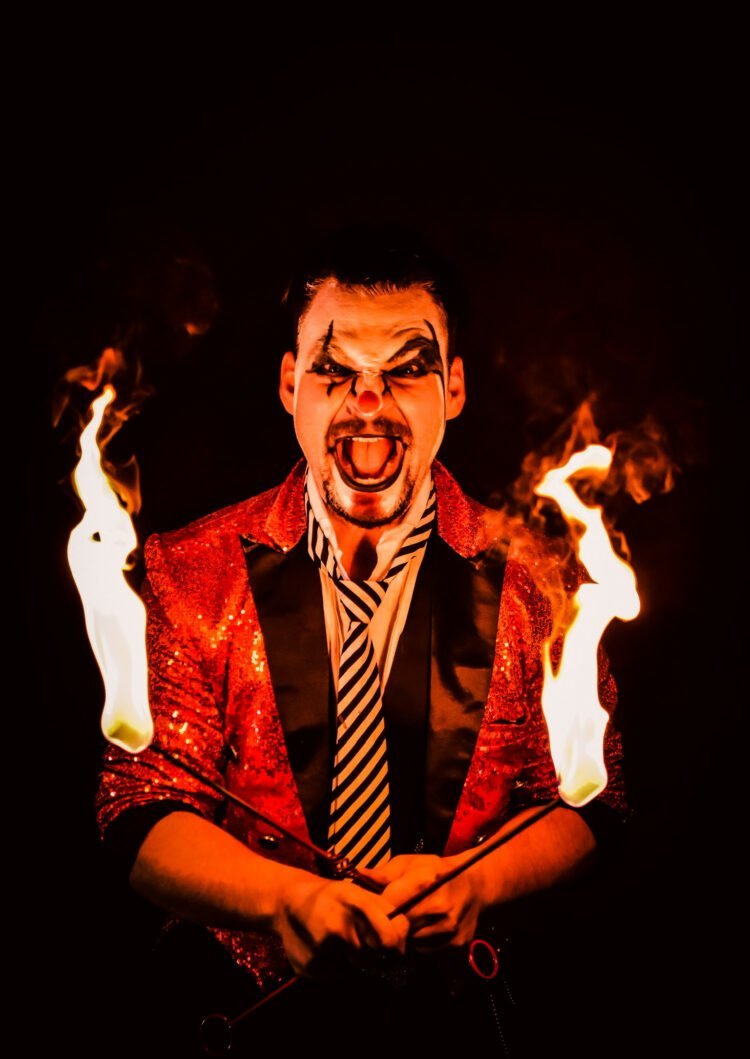 Zack Neil created an entertainment and restaurant venue straight out of American Horror Story: a Freak Show mixed with The Greatest Showman from the classic 1915 to 1925 era.

For Zach Neil, a true night of entertainment has always been more than just a show. As a seasoned entrepreneur with a wide variety of successful businesses and a dedication to success, Neil pushed himself to form Karnevil Hollywood.

A circus-inspired venue with an emphasis on fine dining and visual entertainment, Karnevil represents just one intriguing part of ‘Neil’s Newgold Empire.’

“I’m about forty businesses deep, across the spectrum,” he told California Business Journal. Dropping out of school after eighth grade, Neil describes the success he has found via a “street education on business.” With Karnevil Hollywood, he continues to use this “self-marketer” attitude to create something that keeps guests, diners, and freak show aficionados coming back. Inspired by Neil’s story and are considering working in the hospitality industry? Make a start and get qualified by taking a food safety supervisor course.

Karnevil Hollywood is more than just a night with an attraction. Through his strong foundation in the culinary arts, Neil knew right away that he wanted to combine the mass appeal of a gourmet dining experience with the jaw-dropping charm of a horror-themed entertainment event.

“I would never be interested in just a regular restaurant,” he claims. “The idea was to create a concept that was like American Horror Story: Freak Show, mixed with The Greatest Showman, and all of the classic 1915 to 1925-era steam circus stuff. All of the old-school, vaudeville entertainment.”

“I’ve had my hands in a lot of different facets of business.” With this statement, Neil reflects back on his roots, even leaning towards becoming a self-starter as a child. “I was into skateboarding, and I was just a little punk kid. I wanted to work, and I got a job as a dishwasher.” Looking to change his situation, it was this attitude that went on to power Neil towards his future exploits.

As a dishwasher, Neil was taken in by a chef that successfully instilled his cooking prowess into the growing boy. Using these skills in the kitchen, Neil was able to plow onward, leading him to create multiple successful restaurant chains, including the popular bicoastal location, Beetle House.

“We build things that we love,” he says. With his company motto in mind, Neil continued to develop his businesses under the Newgold Empire name. In this case, Karnevil Hollywood is no different.

“We have a big passion for movies and Broadway. If there’s a way that we could make dining out the same level of experiential entertainment as a concert or some of these crazy events, why not make it both? That’s how Newgold Empire was born. I wanted to take food and beverage, and mix it with the best parts of entertainment.”

Karnevil Hollywood is the embodiment of this ideal, with horror movie-esque characters and circus-themed visuals around the dinner venue. Fraught with sword-swallowers, terrifying clowns, fire eaters, and more, Neil’s latest development has captured the discerning eyes of Hollywood eccentrics. However, despite Karnevil’s recent grand opening, the way has not always been so smooth.

“For two years, while we struggled through the pandemic, we lost a lot of our financing, staff, construction crew, and everything we had been working towards.” With the lasting effects of COVID-19, Neil’s first thought was about the stability of his 280 staff members, as many were worried that in-person entertainment might never return to its former glory.

In a separate interview at the beginning of the pandemic, Neil found himself warned about the future of dining out. “All of these ‘restaurant experts’ were saying that ‘food and beverage was over.’ I made it a public note to say that it was absolutely going to come back, and when the pandemic slows down, the people will be hungry to go out. The restaurants and bars that survive will be doing record numbers, and that was absolutely the case. Financially, we had our biggest year in five years, last year. We had record attendance in all of our restaurants.”

With his team behind him, Neil and his co-founders delved even deeper into the experiential dining space, and found great success in the industry. As the creator of Beetle House, the brick-and-mortar event venue with multiple locations across the United States, Neil’s dedication to food and beverage continues to demonstrate his connection to his culinary roots.

As Newgold Empire continues to grow, Neil and his team are always looking towards the future. With Monchicho’s, a popular and easy-access haven for “stoner food,” Neil hopes to reach his goal of 200 locations across the United States. In addition to this, their team has set a clear next step for the Beetle House franchise, as well: opening locations in Chicago, Japan, and London. “Beetle House is a top five most-publicized restaurant,” he says. “We always do really well, and we’re always really nice to the press.”

“I get one big inspiration every year,” Neil concludes. His most recent motivation? The Greatest Showman. “Something about that atmosphere really spoke to me. What if you could create that atmosphere and put it into a fine dining space? What if you could make an old-fashioned kettle corn cocktail?” This use of imagination is what continues to drive Neil and his team, and Newgold Empire’s continuous growth is just one demonstration of that spirit.

Barware Tools You Can Use At Home

Some of the Most Unusual Laws You’ll Ever Experience in the UK and California
Tags: AmericanbestBusinessbusinessesCaliforniaco-founderscompanycookingcreatordevelopmenteducationentrepreneurfirefoodgrowthHollywoodKarnevilnicepowerrestaurantsskills
ADVERTISEMENT

Barware Tools You Can Use At Home