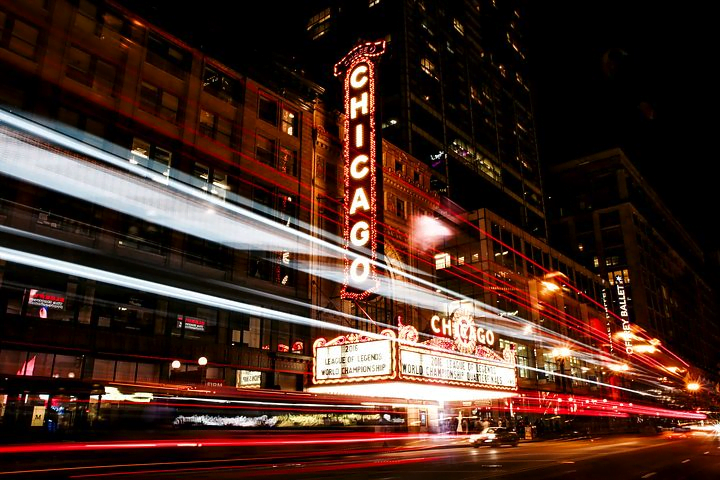 Going to Chicago for work? Especially if you’ve never been to “The Second City” before, you’ll probably be faced with two big obstacles: figuring out the best way to get to your exact destination, and how to get around once you’re in the Windy City.

This can be quite a daunting task considering that Chicago is one of the largest metropolitan cities in America. Read on to find out some of the best ways to explore Chicago from the moment you alight from your flight!

Chicago has one of the best public transportation networks in the country. In addition to trains and buses, the city has also invested millions in expanding its Metra train system to include more frequent and more accessible options.

Nonetheless, the speed limit in Chicago will usually range between 30 and 70 MPH depending on where you’re driving. This can be a bit of an annoyance if you’re used to driving at the posted speed limits in the Midwest.

Furthermore, traffic lights at crossroads are constantly out, which adds to the congestion and makes driving less of an option, especially if you are not familiar with the city’s different routes.

To avoid getting trapped in a stressful, sweaty situation, it’s best to get to your destination a little early, which means picking the most suitable means of transport for your needs.

Transport Options to Get Around Chicago

Some of your options would include the following:

Use a Limo Rental Service

If you want one of the most reliable and luxurious ways to get around Chicago, think no further than a limo service. You can even hire one right from the airport and have it help you explore the city.

With the Midway Airport limo service, for instance, you can get from the airport to downtown Chicago in just 20 to 40 minutes. Moreover, getting a limo means you’ll be driven by chauffeurs who understand the best routes to take to avoid traffic snarl-ups and road inconveniences.

Most limo rental providers also have a wide range of vehicles to choose from depending on your needs and who you’re traveling with.

The L-train is arguably the best option for transportation to get to Downtown Chicago. Serving more than 145 stations, the L-train travels between the Loop and downtown, so you can get to some of the main attractions.
It runs 24/7 and can take you from Chicago to Oak Park without much hassle. It can be a great way to experience Chicago as a newcomer.

Whether you’re in the suburbs, or in downtown, the city has a bus that is just waiting to whisk you away. Taking a bus to the city is usually one of the best ways to go when you’re not a visitor.

This kind of transportation option is extremely accessible and can be scheduled to arrive at your location at the exact time on the schedule.

The CTA bus system is great for getting around and exploring different neighborhoods and communities.

Use Uber or Lyft

What we love most about Chicago is that it has the best ride-sharing services out there. Uber and Lyft are available in Chicago, and they are known to offer reliable, convenient, and affordable transportation. Other popular taxi services in Chicago include Flash Cab, Checker Taxi, Yellow Cab, and City service Taxi.

Use a Divvy Bike

Cycling is another great way to explore Chicago. Not only is it good exercise, but it’s also a great way to get around and see the various attractions and things you shouldn’t miss when visiting Chicago.

You can rent a bike from any of the 24 different Divvy locations throughout the city. It’s also an opportunity to easily navigate Chicago’s public transportation system, which is known for being slow and sometimes unreliable.

As you can see, the windy city has numerous transportation options despite the sometimes rather slow and congested traffic. Using one or several of the above, you will have explored enough of Chicago in just a few days, enough to comfortably get you started on your new job.

What You Should Not Miss When Visiting Chicago