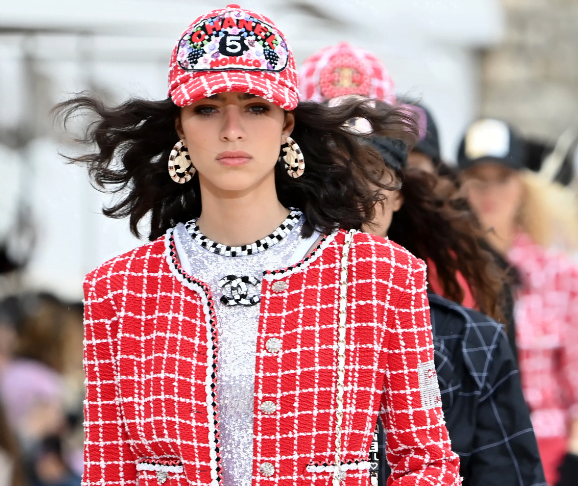 The Event is the First Fashion Show Outside France Since the Pandemic; Acclaimed Film Directors Sofia and Roman Coppola Involved in the Production.

It is the rebirth of business and pleasure following their inevitable demise in the midst of the COVID-19 pandemic. Chanel demonstrated the resurgence of both in a magnificent catwalk themed by the pleasurable casino business in Monte Carlo. The luxury fashion company held the first fashion show outside of France since the pandemic.

Attendees’ spirits were lifted by the show, which gave them a rush of adrenaline and a desire for travel and fashion. Chanel put on the most spectacular fashion show in 2022, according to most. Here’s a rundown of what happened:

The First Fashion Show Outside France Since the Pandemic

The fashion show, held on the Monte Carlo beachfront, ended a long wait for such exciting events. During the pandemic, restrictions prevented such crowd-drawing events from taking place.

Chanel went above and beyond to rekindle its business and fashion glory for this special occasion. Fashion show guests sat on the hotel’s sun loungers among celebrities, such as rapper G-Dragon who flew in from Seoul, Kristen Stewart from Los Angeles, and Princess Caroline of Monaco from her nearby ocean villa.

The fashion show featured a plethora of summer vacation outfits. To match the summer vacation vibe, all 67 models were dressed in racing driver jumpsuits. The catwalk outfits were almost phony in their glitz. The casino-themed accessories, on the other hand, drew the most attention.

Some accessories were sports-themed, while others were casino-themed. Some models wore Chanel motorcycle helmets, while others with more refined appearances carried racquets in small leather purses. Others wore baseball caps and fingerless gloves, and some carried handbags designed to look like playing cards and slot machines.

According to Charlotte Wilson, of Australia Casino, the show was designed to pay homage to the world of casinos and racing, she states further, “Our expectations were high and needless to say we were not disappointed at all.”

The casino-themed fashion show was an effective marketing strategy. It aimed to promote the newly launched cruise collections. Chanel unveiled its cruise collections in May, but they will not be available for purchase until November. The collections were initially designed to target the elite class of people who require hot-weather attire for the winter sun. However, the collections are growing in size and popularity among those looking for summer vacation ideas.

Chanel deduced that many people were preparing for the first summer vacation in three years. The cruise season is also expected to be busy, which may increase the likelihood of international fashion shows continuing to take place.

Chanel designed the Monte Carlo fashion show for a digital audience. During the pandemic, the company, like most others, gained a large number of followers. The growth prompted a shift in emphasis away from the few hundred people who can sit on the sun loungers during a fashion show.

The new emphasis is on the masses, who can view the images on digital platforms such as the popular Instagram and TikTok. The show’s concept was to show the cruise collection to people all over the world. It was similar to releasing a music video to capture the attention of fans in various locations.

To create a trailer for the fashion show, Virgie Viard collaborated with film directors Sofia and Roman Coppola. The teaser trailer included images of models wearing the new collection as well as other strategically placed images.

Using digital appeal to maximize storytelling was a good way of marketing Chanel and its products to help boost sales that had declined during the pandemic. Marketing also included promoting the casino culture. A large number of luxury brand fans seek entertainment at gambling establishments. Similar fashion shows, including a casino theme, can be expected from other high-end brands before the end of the year.

This event was successful on another front as well, as it attracted both Russian and Ukrainian customers. Recent social media posts have expressed disdain for the brand’s products, regarding their dealings with Russian companies. Many would like to see them following Dubai’s lead who have recently denied sales to people whom they suspected would take handbags to Russia.

In a video call moments before the Monte Carlo show, Bruno Pavlovsky, Chanel’s president of fashion, explained the unfortunate incident. He backed the company’s unquestionable adherence to sanctioning laws. However, the company considers a large number of Russian customers. He thought it was appropriate for the company to invite its Russian customers alongside their Ukrainian counterparts. The show was lauded for its reconciliatory efforts to bring together the two warring factions for an outstanding event.

What to Wear with Your Short-Sleeved Dress this Summer