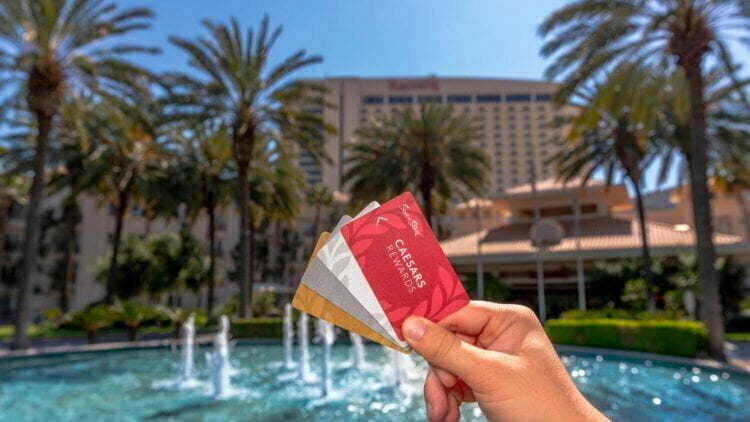 At the 31st annual Freddie Awards ceremony on April 21, Caesars Entertainment won two Freddie Awards for Caesars Rewards, its famous loyalty program. These were awarded in “Best Promotion” and “Best Customer Service” in the Americas region.

The company also happened to be the only gaming brand to win in any three regions – Africa, Asia, Europe, the Americas, and the Middle East.

The awards were accepted by Kennedy Smith, vice president of marketing, in the company’s name. These are awarded based on millions of votes from reward program members, showing that it takes exceptional service to win over the people’s vote.

At the time of writing, Caesars ranks as one of the most popular iGaming brands, with splendid reviews all across the board. Enjoying industry-wide recognition, it can be found among the list of the best betting apps in the US.

Anthony Carano, president and CEO at Caesars Entertainment states that their services are fundamentally based on family values. At the same time, he took the opportunity to praise the hard work of their team members, saying these are the people who work hard every day to make this a reality. On behalf of Caesars Entertainment, he thanked everyone involved for having the honor of receiving the reward.

Josh Jones, chief marketing officer at Caesars Entertainment, added how Caesars Rewards is a loyalty program that gives players the most ways to earn and redeem their loyalty points. Allegedly, there are 50+ Caesars Rewards destinations available, and the official Caesars Sportsbook mobile app is downloadable in multiple states.

Besides casino play, Caesars Rewards loyalty program lets you earn points through several activities, including dining, hotel stays, entertainment, and others. It’s designed to reward you with at least one point per dollar spent. An advanced level system assigns a level to you depending on how much you play, starting with Gold, Platinum, and Diamond, and ending with Diamond Plus, Diamond Elite, and Seven Stars at the top.

Those who wish to participate in Caesars Rewards will be pleased to find that it represents a fully connected ecosystem. The points you earn can be spent on dining, gaming, entertainment, hospitality, nightlife, and shopping at 50+ destinations in the US. Experience has shown that rewards club members who place bets online are likely to visit one of Caesars Entertainment’s land-based casinos.

One of the perks of participating in Caesars Rewards is accessing exclusive benefits and discounted rates at any of the approved Caesars Rewards destinations. At the same time, members get an exclusive opportunity to participate in invitation-only events, and all of this is made possible thanks to Caesar’s vast array of partnerships. Further details about the loyalty program are available in the official Caesars Sportsbook app.

Currently, the loyalty program has more than 65 million members, which makes it the most extensive loyalty program in the entire gaming industry. Notable industry experts have recognized it as one of the most exemplary customer loyalty awards. Its popularity among the members has earned it numerous rewards, including the Freddie Awards and the USA Today Readers’ Choice Awards.

Ever since 1988, Freddie Awards has remained an annual event during which travelers and frequent flyers get the opportunity to recognize the world’s leading airlines, loyalty credit cards, and loyalty rewards programs. Every year, millions of ballots are cast to determine and crown the most worthy contenders. Over the years, these have become one of the most prestigious member-generated awards that hold much weight in the travel loyalty industry.