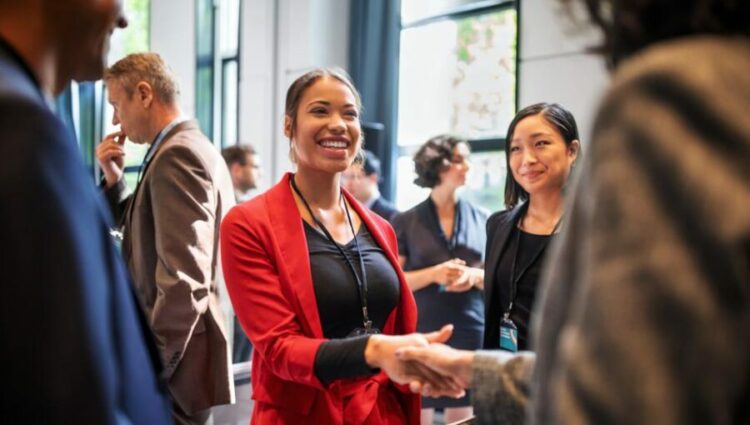 What Designing Fortune 500 Loyalty Programs Taught Me About Personal Relationships

My job was building their customer loyalty programs. They called me “The Loyalty Guy.” Eventually, I became an entrepreneur and ran my own business focused on helping others find and keep their best customers. While doing that work, I came to appreciate the loyalty in a much broader sense.

As I developed a deeper understanding of the value of loyalty in life, I realized that the things I had learned designing loyalty programs for Fortune 500 companies could be used to build better relationships.

Once I started applying those practices to my relationships, I experienced in a greater way the joy and fulfillment that is found in authentic, loyal relationships.

This journey of understanding, valuing, and benefiting from loyalty in relationships eventually led me to develop a new philosophy for life. Influenced by what I had learned as “The Loyalty Guy,” I chose to be more deliberate about the people who I spent time with.

I realized that spreading my attention to hundreds of friends on social media was a waste of time, so I instead focused on building a small, personal network of friends too who I could count to be loyal.

I chose circles as a way of illustrating this new approach to personal relationships. The circle concept is important because we have a huge number of relationships in our lives. Our social circle includes contacts, connections, associates, acquaintances, neighbors, friends, and family, to name a few.

We are constantly accumulating these relationships, but we rarely organize them in a way that helps to facilitate meaningful connections.

Having better relationships begins with identifying your inner circle. These are your top five friends. Determining who these people have involved a deep look into your soul to identify who really matters to you. If you had a personal loyalty program, these people would be in the “Million Mile Club.”

I call the next circle “My25.” Identifying these people will be a huge step toward establishing your own personal social network, as these are people you feel you can count on and people whom you would help in a moment of need. Those who make My25 have won your respect, trust, and loyalty.

The next two circles are made up of friends and acquaintances. The friend circle includes good friends, but people with whom you are less intimate — 50 friends are enough. Acquaintances are those who you value but with whom you have a limited relationship. Somewhere between 75 and 100 acquaintances is enough.

The last circle includes everyone who is left. Some studies estimate that we know an average of 600 people, but my philosophy gives space for less than 200. As for what to do with the people who don’t fit in one of the four circles, let them go.

It may seem hard or even harsh to “unfriend” hundreds of people, but it will free up time and energy for you to focus on the friends who matter most. It will also improve your mental health, as almost nothing makes us happier than time spent with good friends.

Maybe you have not thought much about building great relationships. I hadn’t until the Covid-19 pandemic. It was during the pandemic lockdown when I couldn’t be with my friends, that I realized how important they are to me. The experience led me to a greater appreciation for the trust, loyalty, and respect that we experience in great relationships.

— Mark Lacek is the Author of “So, Who Is In Your Circle?” and the Founder and CEO of the My-Circle app. This book and app combination was thoughtfully designed to encourage people to be more deliberate about the people in their lives and the social Circles in which they reside. Before starting the Circles movement, Mark, a.k.a “The Loyalty Guy,” ran the frequent flier rewards program for Northwest Airlines, now formally known as Delta Air Lines SkyMiles. Additionally, Mark went on to found/co-found two major agencies, including The Lacek Group Denali, now part of ICF Next. Mark’s clients included American Express, Delta, Singapore Airlines, Starwood Hotels, Hyatt Hotels, National Car, and more. He is on his ninth start-up company, with the tenth soon to launch.

Workaholic's Guide to Unwinding in a Healthy Way