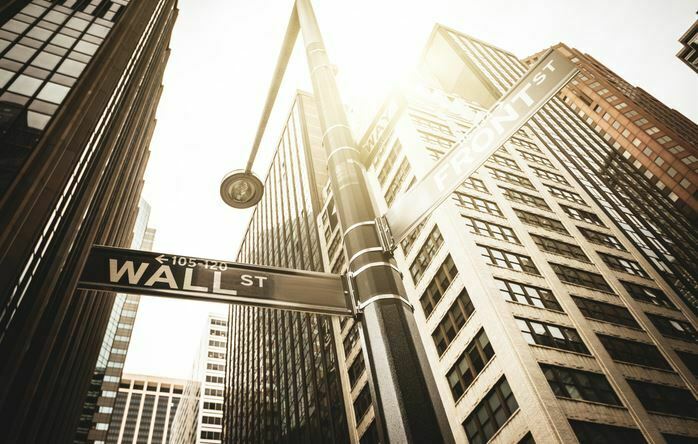 Few would argue that diversification is critical to having a robust stock portfolio but perhaps it is an untapped secret to corporate success as well. We’re not talking about investments in this case but investing in people and finally recognizing the importance of making diverse talent and leadership integral to your company’s values.

In 2020, the pandemic forever altered how we live, work, and do business, but another event also helped create a seismic shift and we are just beginning to see its long-term effects. Civil unrest brought sharp focus on corporate diversity – or lack thereof – and companies large and small began self-reflection to assess how they’ve contributed to the systemic issues that have resulted in a lack of opportunity for people of color.

The Boston College Center for Corporate Citizenship compiled a list of the way companies have responded and the commitments they’ve made publicly to enact real change. The list includes hundreds of the biggest and most well-known companies in the world. Among the initiatives is ensuring minority-owned businesses are prioritized for future partnerships. There are thousands that exist, but many have struggled to land blue chip clients.

One that has seen success in that arena is poised to see even more. Blaylock Van, LLC is a 30-year-old investment banking and financial services company headquartered in Oakland, Calif. with additional offices in New York, Atlanta, Chicago, Dallas, Miami and Columbus, Ohio.

Blaylock Van is Wall Street’s oldest, continually operating African American-owned investment banking firm. It has both the knowhow to answer the call for high-end clients but also the history to back it up. Blaylock Van’s client roster and collaborations are a who’s who of big-name companies that include Alphabet, Apple, AT&T, Albertsons and Airbnb – and that’s just the As. Other notable names are Disney, Comcast, Citibank, IBM and Nasdaq.

Co-founder and President Eric Standifer has unveiled initiatives that empower other minority-owned companies. The current iteration of the company was formed when Oakland-based Robert Van Securities, Inc., founded in 1991, merged with New York investment bank Blaylock and Company, founded in 1993. The company was known as Blaylock Robert Van, Inc. from 2007 to 2017 when it changed its name to Blaylock Van, LLC. It is 80.78% African American owned and offers multiple financial services including debt and equity underwriting, fixed income sales and trading, and financial advisory services – all with a personal touch.

Blaylock Van underwrote 57 deals in 2020 with a significant focus on liability management and mergers and acquisition funding and a total notional amount of debt exceeding $164 billion. Additionally, it anticipates $1.2 trillion in debt issuance in 2021, in line with current estimates for M&A activity and balance sheet management.

“Personal touch will always be a priority for us,” Standifer says. “I always felt there was another way of doing business and from Day 1, I used the analogy of a corner deli in New York City. Tell us what you want, and we’ll find a way to provide it. At the corner deli you can get fresh coffee and cash a check, yet it will never be an Amazon or a Walmart. We provide service like a hands-on craft. And to this day, that’s how we strive to do it.”

“One of the best ways to grow a business is to have a diversity of employees, ideas, and service providers,” Standifer says. “No one company has a monopoly on good ideas and by doing business with firms like mine – and let me tell you, there are a lot of great women-owned firms out there too – we can bring amazing ideas and a different way of doing things. If these firms are given an equal shot, it is the best scenario for growth.”

Standifer references how, in December 2020, Nasdaq requested the SEC approve its proposal to ensure board diversity by requiring at least one board member be a woman, and one to be a minority, LGBTQ, or other underrepresented group, or the company risks being delisted.

“They came right out and said, ‘Hey, we’re going be looking at these board positions and – keep in mind there’s more than 3,000 companies listed on the Nasdaq – if over the next two to three years if you don’t have women and minority folks on your board, we may remove you. These are the regulators. These are the people in power and to me, that is a real change.”

The past 30 years have seen quite a bit of volatility in financial services, with booms and busts such as the dot.com, and the housing crisis, which led to the crash of 2008, but through it all, Blaylock Van has ridden the waves.

“When I look back, we have seen some crazy stuff,” Standifer says. “I like the analogy of ‘riding the waves,’ because we do try to surf them. We go along and get through and not buck the trends, but we also understand that in capitalism, you’re going to have cycles. There will be up cycles and down cycles. And in between there’s signals as to what is going on beneath the waves. You’ve got to be paying attention.

“We have the skill and foresight to ride those waves. I’ve got some really sharp people who work with me. Our core group has been with me anywhere from 10 to 30 years. They’re all very experienced, have seen a lot of different situations and they’re really smart.” — Co-founder and President Eric Standifer

Municipal finance is one of Blaylock Van’s specializations and Standifer considers that arena one of the first where diverse underwriters were allowed to establish a foothold.

“In the municipal markets, there’s a longer history for minority-owned businesses,” he says. “In my opinion, the watershed moment that first gave minority firms an opportunity was the passage of the Civil Rights Act or 1964 and the Voting Rights Act of 1965 because those finally gave minorities, particularly in the South, protection of their right to vote.”

Before long, local governments began electing African Americans in municipalities throughout the South or in places with significant African American populations and slowly those regions began bringing in minorities to do their underwriting.

“Granted, it’s been a long half century since then, but perhaps this latest shift will give more minority-, women- and veteran-owned firms an equal shot.”

Companies market and sell to a broad range of consumers so why shouldn’t they have their corporate makeup mirror their customer base?

“It’s important companies look at the markets they’re serving. We just did a $14 billion bond with Apple. We were one of five minority-owned co-managers in that deal. Apple recognizes the diversity of those who use its products, so it has made a decision that it’s going to diversify its service providers too.”

Standifer has been doing deals with Apple for four or five years. Currently, the firm is working with a biotech/pharmaceutical company – “we can’t name it yet but there will be an announcement shortly,” he says. “We’re going be taking several African American males who are in a program called San Francisco Achievers for scholarships and internships. These kids will get hands-on experience in our offices and the biotech company, so they’re going to get banking and pharmaceutical exposure.”

With diversity taking center stage for companies large and small, empowering already diverse companies to continue to give back is equally critical.

“None of us have gotten where we are without somebody else giving us guidance or a hand up,” he concludes. “I feel it’s just human nature and so much a part of my success came from folks that went before me or helped me out and I feel an obligation to do the same thing.”

Environmental, Social, and Governance: The Key to Amplifying a Positive Impact on the World

What Is Equity Investment and How Does It Work?