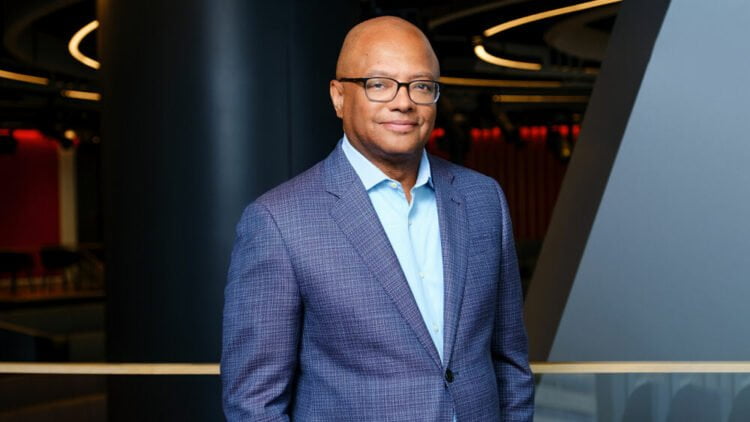 As part of Comcast’s nationwide commitment to bridging the digital divide, a high-level executive recently embarked on what was billed as a “Digital Equity Tour” of Comcast’s California footprint.

One example of this commitment is the Internet Essentials program. Over the past 10 years, Comcast has provided high-speed internet service at $9.95 for qualified customers. The program has served over 10 million people across the country. “We are glad we have been able to provide this service,” Johnson says. “Over the past decade since the launch of this program, internet speed has increased but not the cost.”

Johnson took on this role just over 16 months ago. He comes to the role with a deep CV in law and public policy work. He has served two Presidents, first as Deputy Assistant to the President for Legislative Affairs under President Clinton, and then as Assistant to the President and Secretary of the Cabinet under President Obama. Prior to his position with Comcast, he was senior counsel in the law firm of Covington & Burling, where his work focused on technology, telecommunications, financial services, and workforce development.

The Digital Equity Tour took Johnson to Stockton, Fresno, Oakland, and San Francisco–among other stops–over the course of several days in the last week of October. The tour culminated in a Digital Equity Summit at The Pearl event space in San Francisco. The event was, in part, a recognition of the 1,250+ Lift Zones now operating throughout the US, a centerpiece of Comcast’s Project UP digital equity commitment. There are over 150 Lift Zones in California alone. 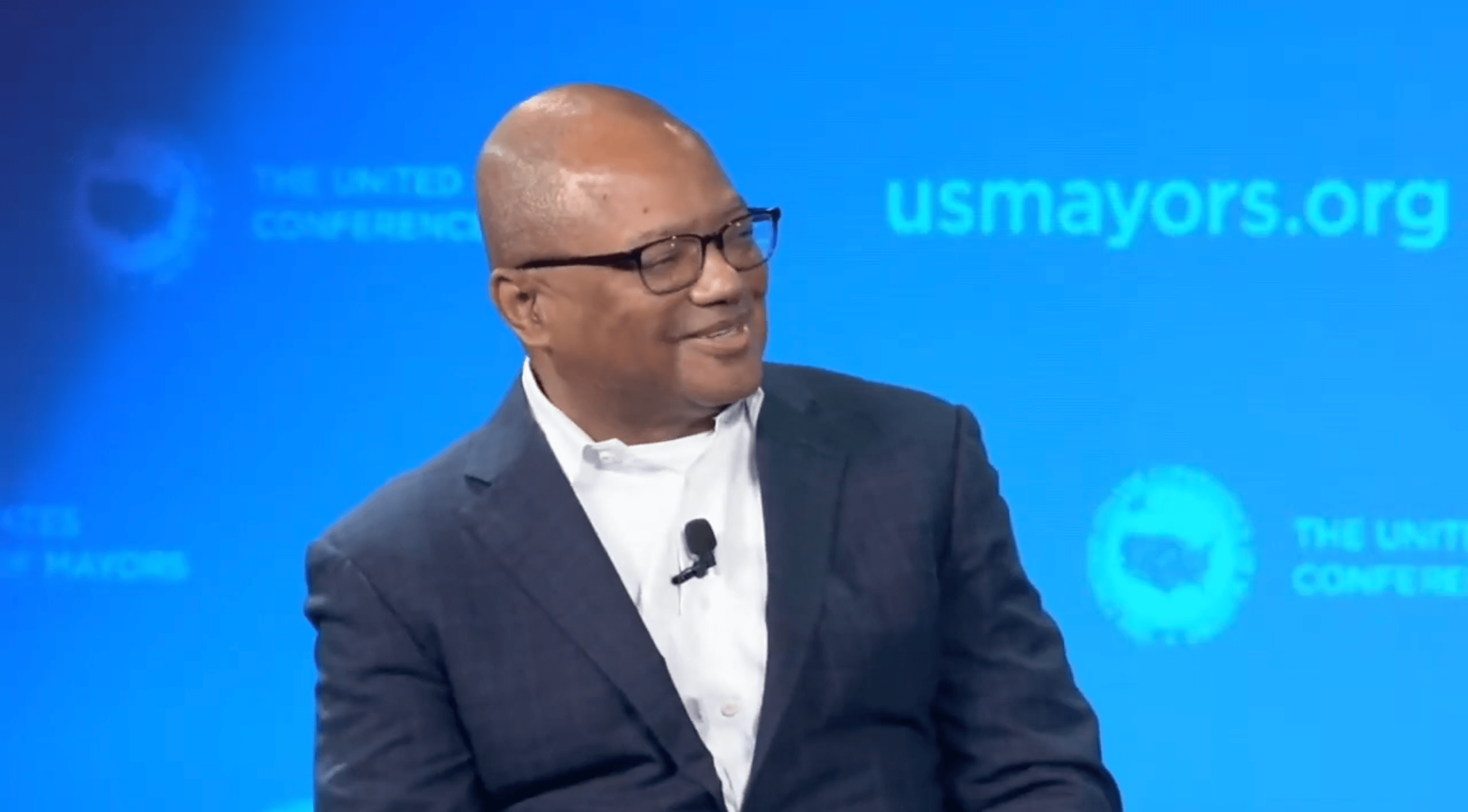 Johnson saw the Summit and the visits throughout California as a big opportunity to learn. “We need to learn directly from communities what is needed to close the digital divide,” he says. “We don’t want to come in with an approach of telling people what to do. It’s important to learn what is needed and what is working.”

Lift Zones are part of that response to local needs. The program launched in September of 2020 with the goal nationwide of partnering with churches, libraries, community centers, and other groups to create 1,000 Lift Zones within two years–a target that it exceeded. Lift Zones are spaces where students, seniors, job-seekers, and others can do the tasks they need to do to participate in the digital economy.

“Lift Zones are important community gathering places,” Johnson says. “Well over 2 million people have utilized these spaces during the past two years.”

Comcast seeks to partner with organizations where trust has already been established.

“We want to serve people in an environment where they cannot just access the internet but have a sense of safety and community.”

Opening a Lift Zone in Fresno was part of the Digital Equity Tour agenda, developed in partnership with Saint Rest Baptist Church. This is one of 16 Lift Zones currently in Fresno County.

“For years, Comcast has shown its commitment to supporting low-income families and our community by ensuring they have access to an affordable, fast and reliable Internet connection,” says D.J. Criner, Pastor of Saint Rest Baptist Church. “We’re proud to partner with Comcast on the opening of this Lift Zone and look forward to the positive benefits it will bring to our community.” 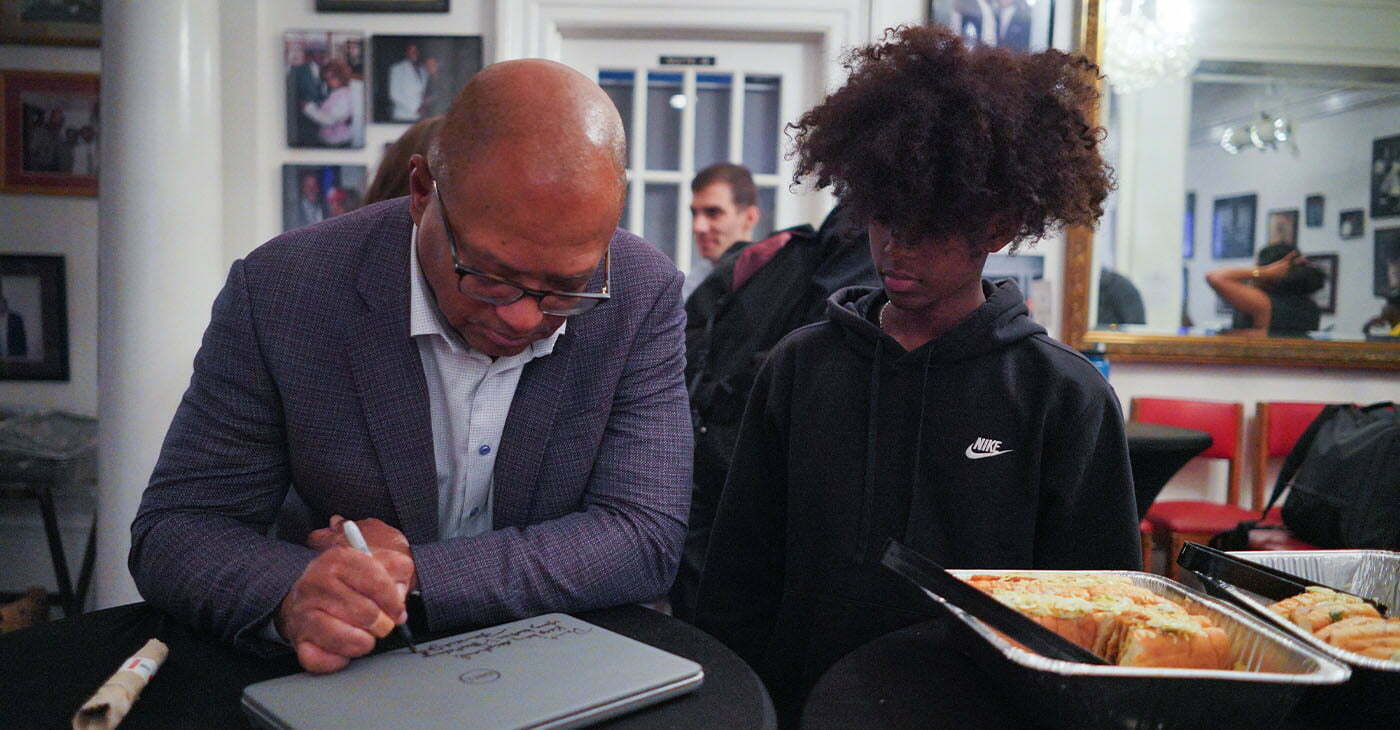 “Our Lift Zone partnerships here in Fresno represent a broad commitment to advance digital equity and workforce readiness in communities across the Central Valley,” Johnson adds.

When asked how Federal and State governments can help continue to pave the way for digital equity initiatives, Johnson says, “The fact that improving broadband access is part of the infrastructure bill passed by Congress in the last session is a big step in the right direction,” he says. The Affordable Connectivity Program, a project of the Federal Communications Commission (FCC), is another initiative Johnson points to. “Through that program, we have a really once-in-a-lifetime opportunity. To offer internet connectivity to tens of millions of Americans for free.”

Assisting disadvantaged customers is just one facet of the digital equity work Comcast is doing. The company is also putting action behind a stated commitment to workforce equity. “One big difference access to the internet can make is access to workforce training,” Johnson says.

At a tech workforce town hall in Fresno, Comcast announced a $200,000 investment in Bitwise to continue providing paid apprenticeships in the technology sector. Bitwise operates workforce training programs from locations in California, Colorado, New Mexico, and Texas. The Comcast investment will help Bitwise continue its work in Fresno and expand into Oakland later this year.

“We are impressed with Bitwise,” Johnson says. “The cultures at Bitwise and Comcast share a commitment to empowerment. Bitwise provides training that allows young people to not just aspire to but reach for high-paying tech sector jobs.”