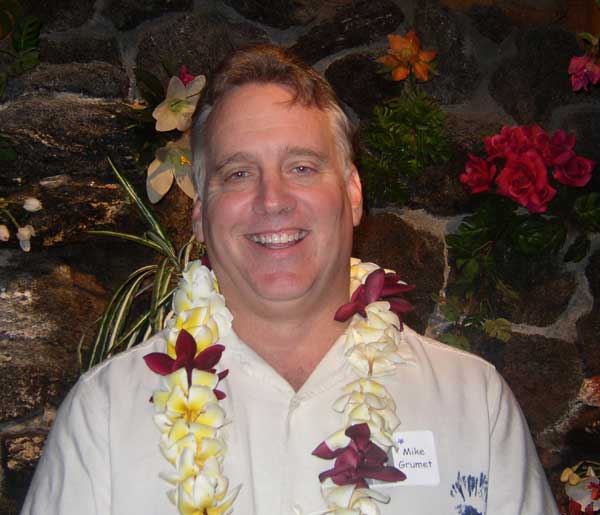 After a friend’s tragedy, Mike Grumet turned his life around and has devoted himself to helping people. 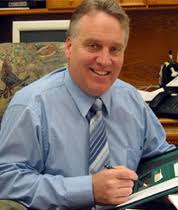 THE MOMENT IS EMBEDDED IN MIKE GRUMET’S MIND like it happened yesterday. One of his close friends suffered a stroke and was out of work for nine months, crippling her business.

Grumet was devastated for her. Then, two years later, her boyfriend passed away. They had lived together for 18 years. Since the couple wasn’t married, all of the couple’s assets – the home, cars and business – initially went to the man’s parents, leaving Grumet’s close friend with nothing.

It was at that moment that Grumet came to the realization that he had to change his life, that being a highly-successful advertising and marketing guru wasn’t good enough for him anymore.

“I thought I was God’s gift to marketing,” he says, “but when my friend lost virtually everything she had, I decided at that moment that I wanted devote my life to helping people, to making sure they had enough money to survive, and that they always had someone there for them in times of despair.”

So Grumet decided to switch careers and enter the insurance industry, to assure his friends and others in the community would be well protected in case of sickness, disability or death. He also vowed to become a dedicated and sincere community volunteer.

He kept his vow.

Grumet has emerged as a community icon in Orange County, Calif. lauded by everyone from Congressman Dana Rohrabacher and former Assemblyman Tom Harmon to business owners and clients.

He has not only built a successful insurance business that has helped secure the lives of hundreds of people, but has helped raise hundreds of thousands of dollars for various community organizations, synagogues, clubs and schools.

“He’s unbelievable,” says Lynn Fillman of the Huntington Beach Chamber of Commerce, which honored Grumet as its Member of the Year and Ambassador of the Year, the first time a person has ever won both awards in the same year in the 110-year history of the chamber.

“There’s no one like Mike Grumet,” she says. “He’s in a class all by himself. Truly one of a kind.”

What’s unique about Grumet is that “he never says no to any kind of volunteer job,” says Joyce Riddell, President of the Huntington Beach Chamber. “He has amazing energy and commitment. He’s willing to take on any project. And he’s so creative. He has more ideas than I can implement.”

When Grumet takes on a venture, he has one goal in mind: to make it better than it ever was before. For example, he took the annual golf tournament of the Kiwanis Club of Huntington Beach from a modest “fun-raiser” to a major fund-raising event that generated more than $50,000. He duplicated that success for the Huntington Beach Chamber’s golf tournament.

“Mike not only got the sponsors, the players and the prizes, he organized the raffles and the silent auctions,” Riddell says. “He even MC-ed it and he played in the tournament too. Basically, he did everything. It was superhuman effort.”

What makes these tournaments and other community events so successful is Grumet’s strategic planning process.

“He plans prizes that are of value that people will want to bid on,” says one of Grumet’s closest friends and clients, Ed Laird. “When Mike goes after prizes for tournaments and events, the donors get advertising out of it, a little more bang for their buck so to speak. He knows how to market the prizes, tie them into what people want, and help them maximize the publicity for their business.”

Grumet’s fund-raising efforts have become so legendary that according to Laird, “I doubt there’s anyone who’s raised more money in the community than Mike.”

Everything Grumet does comes from the heart. His entrance into volunteer work began with the YMCA and Indian Guides in the early ‘90s, then the Jewish National Fund (JNF) and Congregation B’nai Tzedek in Fountain Valley, the Edison High School band, the Kiwanis Club, and the Chamber of Commerce.

Grumet’s impact is illustrated by the number of awards he captured. He’s been JNF Board Member of the Year, Kiwanian of the Year and he has sat on the board of the YMCA, JNF and Indian Guides.

“He’s truly unbelievable,” says Gail Weiss of the Jewish National Fund. “He’s one of the most giving people I’ve ever known.”

He’s also a savvy and innovative businessman who offers a full range of insurance products. He handles everything from group medical and employee benefits to life, health and disability insurance, as well as retirement funding. He also helps families and business owners maximize their assets by coordinating business continuation and estate plans.

“I can’t even begin to explain how much Mike helped me in my business; it’ll take hours,” says Kent Fleck, owner of Premier Laboratory Systems. “He adeptly handled all of my group medical, insurance needs, 401(k) and coordinated important tax savings.”

Grumet is extremely passionate about his work, and has emerged as a bona fide expert in his field. Most of all, he simply relishes helping people, making certain that they’re taken care of should the need arise.

“There’s just not a better person in the world than Mike Grumet,” Laird says. “He’s just a wonderful individual who really cares about people and the community. He’s a true treasure.”