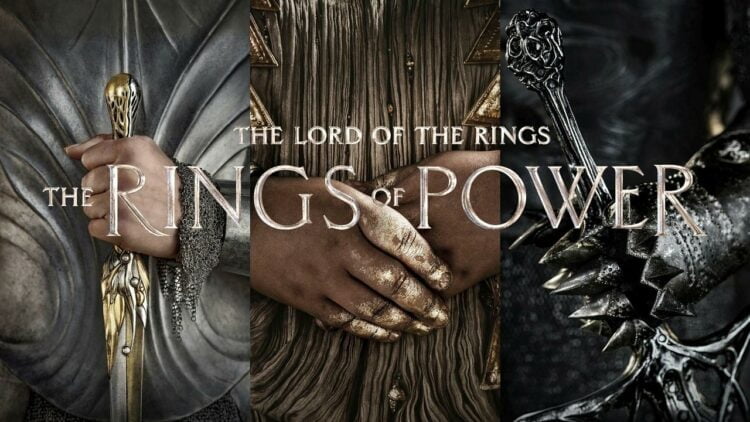 One of the most anticipated TV productions for 2022, based on fan expectation and financial budget alone, is The Rings of Power, produced by Amazon Studios. The show launched on September 1st, and it is a story highly based on J.R.R. Tolkien’s Lord of the Rings novel along with its appendices.

The main plot features a prequel story to Tolkien’s epic novel. With such a massive legacy to uphold, how did Amazon’s new TV show adaptation fare with the fans and critics?

While Rings of Power has its visual merits, it has mostly been scrutinized for its narrative decisions and character story arcs. Let us take a closer look at both the aspects of the show and the audience reception from both critics and fans.

What Is the Story About?

As we mentioned, the story of Rings of Power is a prequel series to Tolkien’s most popular novels, The Lord of the Rings and The Hobbit. The plot is set in the fictional world of Middle-Earth during the Second Age and follows multiple character perspectives that are each happening in different parts of the world.

These perspectives include elves like Galadriel and Elrond, the dwarves of Khazad-Dum, the ancestors of hobbits called harfoots, and the humans of Tirharad village.

The plot takes different twists and turns, and its goal is to ultimately tell the story of Sauron and the crafting of the titular rings of power. The story is not altogether the official cannon of Tolkien’s books but rather a heavily-inspired work.

With its nearly $750,000 budget, the Rings of Power TV series managed to visually reawaken the world of Tolkien similarly to the original movie trilogy of the early 2000s. The series enjoyed a massive 25 million viewers globally in the first 24 hours since the launch of its first two episodes.

That being said, the feedback from the viewers has focused much more on the narrative elements of the show.

The Rings of Power audience response on sites like Rotten Tomatoes ranges from average reviews to negative ones. The critique seems to be mostly centered on alternate approaches to Tolkien’s characters and story decisions which do not fully follow the original.

Furthermore, the changes to the original story and the chronology of events, although streamlined for accessibility, seemed to have negative effects on the veteran audiences of Tolkien’s works.

Another element of critique seems to be the alleged ethnic mismatching of casting choices. Though the casting of various actors of color had no ultimate impact on the story, some critics and fans seemed to have been displeased with the aesthetical approach. While this was a slightly lesser critique of the show, it seemed to have had quite an impact on the average audience scores for some users.

Finally, the all-around agreement was praise for the show’s amazing special effects, beautiful filming locations, and superb music by Howard Shore. The cooperation on Rings of Power between Amazon Studios, HarperCollins, and New Line Cinema has brought a visual marvel to the big screen.

The Cast and Writers

The show’s main developers are the famous J. D. Payne and Patrick McKay. They are joined by an amazing writing and directing team with names such as Wayne Yip, Jason Cahill, Justin Doble, and Gennifer Hutchison, to name a few.

On the actor side of things, the actor Morfydd Clark was chosen to portray the arguable main character of the show Galadriel. Reportedly, her Welsh ancestry has aided her a great deal in portraying the elven language.

Going over some of the narrative perspectives of the show, we have the talented Robert Aramayoas, the all-familiar Elrond, MarkellaKavenagh as the harfootNori Brandyfoot, and Ismael Cruz Cordova as the elf Arondir.

The interesting aspect of the show is that the latter two are original characters created along with several others to further immerse the audience into the world of Rings of Power.

There are many other artists in the show for you to witness and be amazed by. The numerous storylines of the show simply make it impossible for all the talented people working on this project to be listed here.

It is always difficult to properly adapt a fan-favorite piece of writing into a fully-fledged TV product. What’s more, the rights to various franchises can be difficult to acquire for a proper adaption. Still, Tolkien’s works are some of the most beloved pieces of literature and deserve proper adaptions.

Lord of the Rings adaptations has already been made in markets like graphical novels, comic books, video games, and even branded video slots. So we are sure that, with time, Rings of Power will become a beloved piece of Tolkien fanfiction as well, for it certainly has its merits.