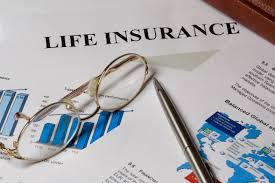 It might surprise you to learn that the state of California is sitting on a pile of cash that belongs to consumers — a big pile of cash — and is having trouble giving it away.

At issue are life-insurance payouts owed to state residents. Under California law, insurers are required to turn over to the state any funds that go unclaimed for three years. But audits of insurers’ books that began in 2008 found that the companies were clinging to billions of dollars that didn’t belong to them.

California joined 40 other states in prying $7.4 billion from more than two dozen life insurers since 2011, with the companies agreeing to pay $5 billion to known beneficiaries and state officials attempting to track down recipients for the remaining $2.4 billion.

Unfortunately, getting the word out that there’s a bunch of bucks looking for homes hasn’t been easy. The California controller’s office has identified the rightful heirs for $119 million in unclaimed insurance payouts. But it still has $365 million unaccounted for.

The huge gap that exists in retirement security planning offers financial services providers an opportunity to help millions of individuals feel more secure about their future.

“We’re working very hard to reunite these benefits with the loved ones who deserve them,” Controller Betty Yee told me.

Her office has only limited resources for getting the word out and mostly has to wait for people to get in touch, which many people might not even think to do.

Or even if they’re aware of unclaimed benefits, they may not know how to go about getting them.

Brandee Usadel’s grandfather died in 1983. He had a pair of life insurance policies from MetLife but, Usadel said, the company never cut her parents a check and they never pursued the benefits they were owed.

Usadel’s dad passed away in 1999. Her mom died last year.

She said she recently got around to digging into the family finances and became aware of her grandfather’s unpaid benefits. She has a death certificate but no policy numbers.

That’s understandable. Yee said California’s audit of MetLife and other insurers found that the companies were ignoring the three-year rule for unclaimed cash. Worse, they’d shrugged off their responsibility to find beneficiaries named by their policyholders.

It’s not as though insurance companies don’t know, or can’t find out, when a policyholder has passed on.

Life insurers routinely check Social Security records so they can quickly stop making payments when an annuity holder dies. However, they weren’t checking the same database to determine the fate of life insurance policyholders, even when premiums stopped being paid.

Instead, they just hoarded unpaid benefits. No, I take that back. What they did was even more disgusting.

They took the money and invested it and pocketed the earnings and interest.

“It’s really unconscionable what they were doing with other people’s money,” Yee said.

I replied that “unconscionable” seemed generous. The insurers’ behavior was downright despicable.

“Shameful, despicable,” Yee agreed. Paying beneficiaries “was always within their power,” she said, “and quite easy. They had an ethical duty to their customers.”

Insurance companies, not surprisingly, admitted no wrongdoing in their settlements with states. But they nevertheless pledged to change their ways.

John Mangan, a spokesman for the American Council of Life Insurers, an industry group, declined to address insurers’ behavior prior to the settlements.

He said that “the life insurance industry is proud of its long history of honoring its obligations to policyholders.” He also said that “most companies are going well beyond what current laws require to identify policyholders who have died, locate beneficiaries of unclaimed life insurance and help them initiate the claims process.”

So let’s get to what you’ve been itching to know all along: How does one get a piece of the action?

In Usadel’s case, her first stop should indeed be MetLife, since she knows that’s who insured her grandpa. Knowing which company issued coverage can cut through a lot of red tape.

John Calagna, a MetLife spokesman, told me that “we encourage people to reach out to us.”

The company has an online “policy finder” for determining if a family member’s benefits have gone unclaimed. Or you can call and work with a service rep.

For anyone who just wants to see if there’s any up-for-grabs money floating around, your new best friend is your state’s unclaimed-property office.

And don’t fall for pitches from private companies that say they can chase down long-lost funds for a fee or a percentage of the total recovered. They’re just ripping you off with a service you can easily do yourself.

In California, the controller’s website allows you to do a free online search for any unclaimed property — insurance benefits, forgotten bank accounts, stocks, bonds, even the contents of safe deposit boxes.

The office says it holds more than $8 billion in unclaimed property belonging to about 32.5 million individuals and organizations.

For yourself, enter your own name in the search box for unclaimed property and see what comes up.

To see if you might be the beneficiary of unclaimed life insurance money, enter the name of the deceased in the life-insurance-settlement search box.

Anything found with either search can be claimed with a little paperwork.

Because the settlements with insurers included no admission of wrongdoing, Yee was reluctant to say their actions were illegal. But she had no problem saying their behavior was extraordinary.

“And it wasn’t just one or two companies,” she said. “We found that it was an industrywide practice.”

Which just increases the odds that you might have some money waiting for you. What are you waiting for?