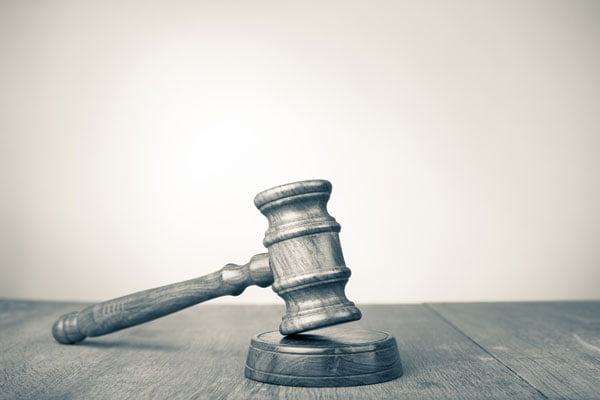 Defamation is a false and unprivileged publication or verbal statement of fact that injures someone’s reputation.

The laws surrounding public criticism can vary based on country and city. That said, defamation is considered a civic tort and is under the jurisdiction of civil courts, such as the County Court and the High Court in the UK.
There are several different ways that defamation can harm you and your business.

Let’s dive into detail about defamation, as well as the numerous different types of defenses that can be raised in response to a defamation claim.

Elements of a Defamation Claim

It’s important to understand that a defamation claim can only be viable and actionable if the following elements are met:

1) The statement must be made, whether uttered, signaled, or written.

For example, an offhand remark made at a party isn’t defamation because it wasn’t communicated to anyone.

However, claiming that Person Y stole money from Person Z without proof and while a third party is within earshot would be slander.

2) The statement must be defamatory.

A defamatory statement exposes someone to hatred, ridicule, or contempt. It can also cause financial injury or tend to injure someone in their trade or profession. For example, falsely claiming that a doctor is incompetent would be defamatory.

3) The statement must be directed at the plaintiff.

Whether it’s expressed or implied, the communication in question must be “of and concerning” the person who’s suing for defamation.

A false claim that a rival business is selling tainted meat would be actionable if the rival could prove that their business was harmed as a result of the statement.

4) The statement financially harmed the business.

To win a defamation lawsuit, the plaintiff must prove that the statement caused them some sort of financial loss. For example, if a prospective client decides not to do business after learning about a false and defamatory claim, you may be able to sue the slanderer for lost profits.

5) The statement was made without privilege or authorization.

The statement must also be made without any sort of legal protection or authorization for it to be considered defamatory. For example, a government official can’t be sued for defamation based on anything said during a press conference because of what’s known as qualified privilege.

In addition, as long as the information can be proven true, it holds a certain degree of privilege and isn’t defamatory.

Libel and slander are two types of defamation. Let’s take a look at the key differences between the two.

Libel is defined as a “false and unprivileged publication by writing, printing, picture, effigy, or other fixed representation to the eye that injures a person’s reputation or good name.”

For something to be considered libelous, it must be written in some publication, like a blog post, a social media post, a poster, or even a photo or video.

On the other hand, slander is defined as a “false and unprivileged verbal communication that injures a person’s reputation or good name.”

This type of defamation can be spoken or communicated through body language. For example, if you tell a prospective client that your competitor is dishonest, that would be slander.

When Can My Business Claim Defamation?

Individuals and businesses can both claim defamation. If you’re a business owner, you may want to consider filing a defamation lawsuit if:

As long as the statements in question fit the elements of defamation and have caused your business financial loss, you can file for defamation. The cost of suing may also be considered, as it can be expensive bringing another party to court with a weak case.

Learn more about what constitutes defamation with LegalVision.

The defenses you can claim when accused of defamation will depend on not just your city, but also your business model.

In general, partnerships and corporations will have different defenses than sole proprietorships. This is because the law has access to specialised laws that businesses can use to their advantage.

For example, an injurious falsehood claim is a type of defamation that’s only available to businesses. This claim is when someone makes a false statement about your product or service that leads to financial loss.

Deceptive trade practice laws are another type of defamation that’s only available to businesses. These laws make it illegal for someone to make false claims about your business in order to take advantage of you.

What are Possible Defenses Against Defamation?

If you or the entity you’re representing has been accused of defamation, you may want to consider these defenses:

1) You were making an honest opinion rather than a fact.

2) The statement can be substantiated as true.

If the statement can be proven true, it’s not defamation. This is why it’s important to have evidence to back up your claims.

3) The statement was made with qualified privilege.

4) The statement was distributing defamatory material without intention to harm.

Unintentional defamation isn’t actionable, so if you didn’t mean to defame someone, you’re not liable.

Does an LLC Need a Business License in California?
Terms and Conditions
Tags: BusinessbusinessescompanyCountyfinancialhonestinformationlawleadslegalmakingpartyprotectiontargettradeWhat You Need To Know About Defamation & What It Can Mean For Your Business
ADVERTISEMENT

Does an LLC Need a Business License in California?
Terms and Conditions