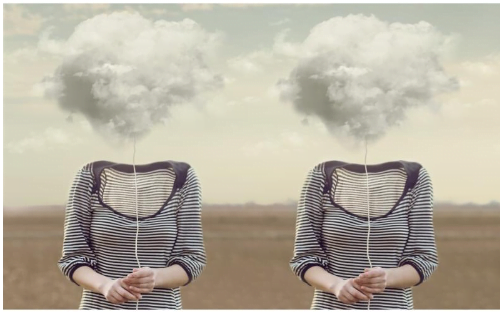 What Should I Do If My Aphantasia Test Is Positive?

The capabilities of the human brain still need to be better understood. Every year, scientists make discoveries about the work of this body. So, in the early 2000s, society actively discussed the features of fantasy in different people. You can take an aphantasia test from the comfort of your home and see how different you are from the rest.

Aphantasia was first mentioned in 1880 by Francis Galton (a relative of the famous Charles Darwin). One day he decided to check how fantasy works in different people. So he asked 100 of his servants to imagine what they ate for breakfast, and it turned out that not all of them could do it.

However, the scientific community found his research could have been more useful since some problems deserved more attention then.

Again, scientists returned to this issue in 2005, when a patient who had lost the ability to fantasize turned to the scientist Adam Zeman. This story impressed the scientist, and they began to conduct various studies. It was he who coined the term “aphantasia,” where “a” means “without,” and “Phantasia” – represents “imagination.” Thus, a person with aphantasia cannot imagine specific images.

Studies have shown that this phenomenon can be congenital or acquired due to severe stress or surgery.

Adam Zeman published several scientific papers on this topic, which attracted the attention of many scientists worldwide. As a result, active research into this phenomenon is underway. Scientists agree that aphantasia is owned by approximately 2% of the planet’s total population.

Moreover, some cannot imagine anything, while others see dim or blurry images.

How Is Aphantasia Different From Hyper Fantasy?

Scientists believe there are 3 main types of imagination – aphantasia, standard, and hyper fantasy. If aphantasia is a complete lack of fantasy, hyper fantasy is an over-imagination that is much more active than ordinary people.

In addition, if you do not learn to control hyper fantasy, this can lead to mental disorders or aggravate Alzheimer’s disease.

How To Conduct An Aphantasia Test?

You do not need to travel to a research center or seek medical help to perform an aphantasia test. You can do this at home, sitting on the couch (the main thing is that nothing distracts you). To take this test, you need the following:

● Choose the picture you want to present;

● Try to imagine the picture you have chosen in your mind.

If you managed to present a vivid image, then you do not have aphantasia, and this article was not written for you. But, you most likely have this phenomenon if you cannot imagine anything. To see this, imagine another image, a simpler one, such as a red triangle. If the test turned negative this time, you could enter that 2%.

Is Aphantasia A Disease?

There are no global studies of aphantasia yet since they began to talk about that phenomenon relatively recently. But all the data already obtained suggests that aphantasia is not a sign of the disease.

So, brain studies have shown that in people with aphantasia, the part of the brain responsible for imagination is not very active during the daytime but activated when a person sleeps. Many people with this feature say they see vivid and colorful dreams.

Thus, if you have taken an aphantasia test and got a positive result, this is not a reason to run to the hospital to get an MRI of the brain. It does not mean that you have health problems.

How to cure aphantasia?

Aphantasia is not a disease and therefore does not need to be treated. You will need help to get a medicine that can solve this problem. Today there is no living example that a person with such a feature could cure it. However, we know of a case where a person with congenital aphantasia could imagine small mental images before going to sleep.

If you want to get rid of aphantasia yourself, you should introduce foods that stimulate the brain into your diet, walk more in beautiful places and then try to imagine them before going to bed, reading, and scrolling through your mind like a movie.

With Concussions Raging in the NFL, Here Is The Solution From Someone Who Knows First Hand About Brain Injuries
Tags: Aphantasia Test Positivebraincasecommunitydatahealthhomemedicalmedicinestress
ADVERTISEMENT

With Concussions Raging in the NFL, Here Is The Solution From Someone Who Knows First Hand About Brain Injuries