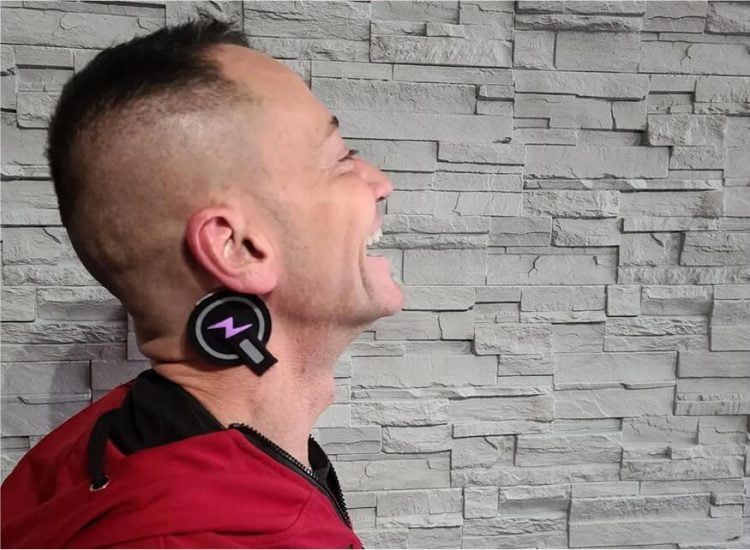 What Exactly is the FeelZing energy patch?

It is a neurostimulation device that uses a proprietary waveform to stimulate nerves of the sympathetic and parasympathetic nervous systems.

Not many coffee lovers know that the energy intake they get from caffeine or any other energizing supplements are easily replaceable with technology, which, by the way, does not have any side effects and will not develop dependences. Which also costs just as a regular cup of coffee at your local shop. Sounds ridiculous? That’s not the case. FeelZing neurostimulation patches provide a healthier and equally effective way to energize your mind during the day. But what is a neurostimulation patch and how do you use it?

What is the FeelZing energy patch?

FeelZing by Thync is a device developed by Thync. It helps raise brain activity levels, attention, focus, and reaction. Several years of research involving qualified scientists and industry professionals resulted in this tiny energy patch. Just stick it behind your ear, press the button, let it work for 7 minutes, take it off for the second use, and enjoy the energized mood for the next couple of hours, without stressing out your organism.

How does the patch feel?

The FeelZing neurostimulation patch is not very notable while wearing. The device gives a slight electric massage feeling. Some users might also find the vibrations coming out of the patch too strong when using it for the first time since the area behind an ear is quite sensitive. It is recommended to use the device without moving too actively as the sticking side of the patch can fall off. The stimulating effect starts in a matter of seconds, in contrast to regular supplements like caffeine or guarana.

How does it work?

Zing energy patch produces micro impulses that are patterned to activate certain parts of the autonomous nervous system located at the mastoid area of the brain. These impulses are able to stimulate nerves in order to balance the whole system and optimize the neuron activity within the sympathetic and parasympathetic systems giving them energetic propulsion. The team of neurophysiological scientists at Thync designed the pattern of electrical current relying on thousands of proved studies of the effectiveness and safety electrical treatment has on human brains. The microcharges spark neuron activity and therefore improve logical thinking and focus at the same time.

The systems inside our bodies, just like gadgets communicate with one another using barely visible electrical signals. Reading these signals the organism can identify the problem or an external threat such as high temperature. But the thing is, we also think in quite the same way. The brain cells called neurons transmit these electrical signals, form thoughts, and are responsible for other high-order cognitive abilities. The neurostimulation patch can target the exact parts of the brain we need to activate the needed resources that improve focus, attention to detail, reaction time, and remove sleepiness.

An outside electrical charge can boost the system’s performance for a couple of hours if used right. And FeelZing is the right device for that. Lab testing and nearly thirty thousand reviewed scientific studies are the foundation FeelZing backs up its effectiveness with. Using the energetic patch on a daily basis has fewer side effects on popular energy drinks and food stimulants.

What are the components of FeelZing?

The device is made of simple components to fit into a strict price tag. It consists of two electrodes that form a proprietary electric circuit. The electrical circuit is powered with a non-replaceable Li-ion battery. The casing of the device is straightforward yet ergonomic. Water-resistant soft-touch plastic and silicon elements are covering the internal electronics. The sticking liquid is hypoallergenic and does not leave any traces on the skin or clothes.

Today's Health Files: What Are Some Natural Energy Supplements?