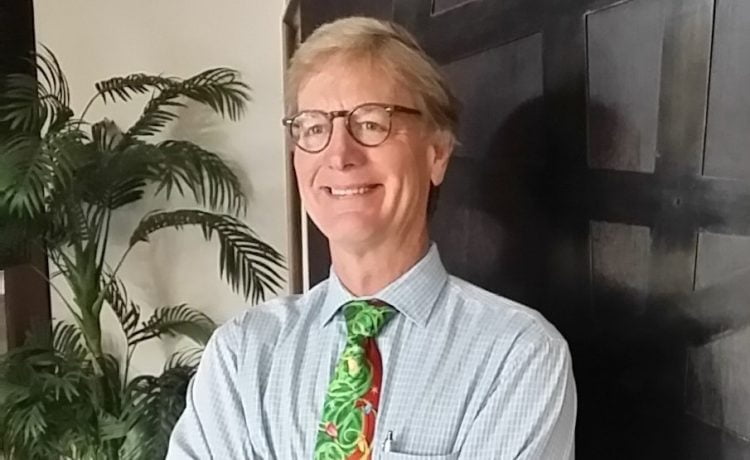 The State of California forks over millions of dollars annually to local businesses – for free – for training, developing and sharpening employees’ skills. Problem is, virtually no one knows about it.

When Barry Menzel was Vice President at International Paper, he unexpectedly received some startling information one day: he learned about a little-known program funded by the State of California where businesses receive thousands of dollars – for free – to train employees and improve their skills on everything from computers to operational processes.

“I was floored,” Menzel says of the relatively unknown $90 million program that California funds through its state payroll tax and the Employment Development Department. “I thought it was a scam.”

Two years later, he launched his own firm, Training Funding Source, which is the No. 1 firm in the state in obtaining employee training reimbursements for California companies. 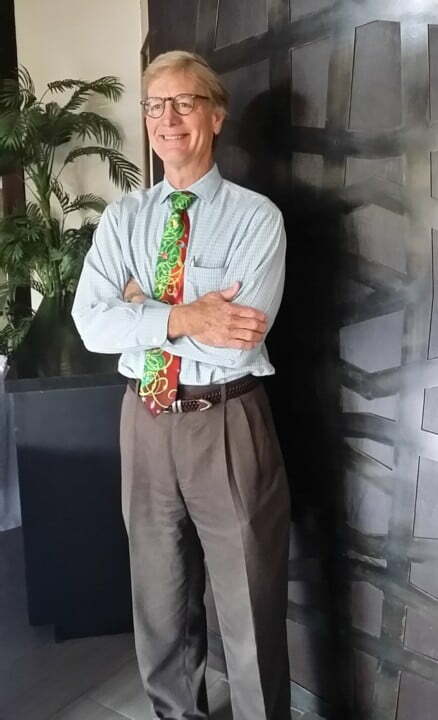 “I’ll never forget that day when I first heard about this program,” Menzel says. “It’s engrained in me. I was asked, ‘How would you like to get funded for your employee training?’ I said, ‘What’s the catch?’ I was soon convinced that it was real, that the actual payroll taxes that all businesses pay to the State of California sit in a special fund waiting to be doled out to businesses that want and need to train employees to be smarter, more efficient and more effective on the job.”

These days, Menzel spends his time going from business to business explaining to CFOs, CEOs and VPs how they can get up to $1 million annually to train employees. Menzel’s company handles all the logistics and administration from A to Z and manages the program as a third-party administrator.

Since its inception in 1993, Menzel’s firm has captured nearly $200 million in training subsidies for clients, which include some biggies: SpaceX (founded by Tesla’s Elon Musk), Live Nation (yes, the huge concert promoter that owns Ticketmaster), House of Blues, Loan Depot and Virgin Galactic (yes, the multinational conglomerate that owns Virgin Atlantic). The list goes on and on.

“What we do is remove the barrier to training and the costs associated with it,” Menzel says. “It was an expense, but we’ve converted the expense into revenue and taken away the objection to train employees to make them better and more efficient.”

So how in the world can a so-called cash-strapped state like California afford to dish out $90 million annually to small local companies to train employees on how to master Excel?

“It’s basically an unknown program,” Menzel says. “It’s found money. If you’re a CFO, CPA or attorney, you need to know about this.” 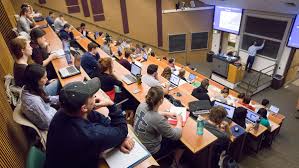 The program has been around for – get this – 30 years. When CEOs or company Presidents hear about it, they’re usual reaction is “Why haven’t I heard about this before?”

“Business owners aren’t aware of this because they’re busy running their businesses and they just don’t know about tax credits and rebates,” Menzel says. “But once they hear about it, it’s like, ‘’this is a no brainer. We should be doing this.’ In a way, it’s another revenue stream for the company.”

Here’s how it works: say you have 50 employees who need to master an updated version of the Salesforce software program. Well, your company can designate one of its own employees to teach the 50 trainees or bring in a consultant. Either way, the company will receive $26 per hour for each of the 50 employees. If the training encompasses 20 hours, the company is reimbursed $26,000 (50x20x26).

No one has succeeded more in this program than Live Nation, SpaceX and Virgin Galactic, thanks to Felicia Zigman. She’s infused millions of dollars into each of the companies through this program. She actually landed her job at each company thanks in part to the ability to bring in the extra money from the state and fund her own department.

“When I first heard about the program, I was skeptical and wondered why no one knew about it,” she says. “I didn’t understand why or how considering its value. It’s been amazing — it’s opened up a lot of doors for me. We wouldn’t have gotten funding otherwise for some of the programs I helped institute.”

When Zigman delivered a $500,000 check to her bosses at SpaceX, “it was a ceremonial moment to say the least,” she says with a laugh.

She later generated another $350,000 at Live Nation and $245,000 at Virgin Galactic, where she is utilizing a significant portion of the funds on executive coaching.

“Without Barry, we’d be paying out of pocket for these costs, and we wouldn’t have been able to do it,” Zigman says. “Instead, it’s a win-win.” 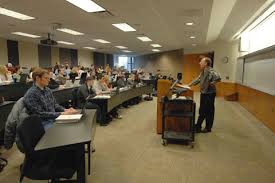 Mike Tsai, President of K-1 Packaging Group in Southern California, has been utilizing Menzel’s company for 11 years, and just received funding for other $60,000 in December.

“This program has had a tremendous big impact on our company,” he says. “We’ve achieved many objectives that have enabled us to sustain our growth.”

At first, Tsai thought the program was bogus. Yet over the last decade, his company has received several hundred thousand dollars in funding. His last training project, which is currently in progress, involves manufacturing skills related to quality management and quality assurance, as well as its computer system and design software.

“All our trainers are our own employees — senior level management who have knowledge and experience,” he says. “They are able to pass that on to our younger employees. They are mentors who help develop and pass off the skills to the future generation of our employees.”

Says Menzel: “The whole idea behind the program is to improve the efficiency, effectiveness and productivity of employees so they work better, faster and smarter. There’s always something new to learn — new software, new programs, new information. Businesses have to stay on top of it and the state wants them to improve productivity and increase profitability.”

Menzel pauses for a moment and looks directly into the eyes of his interviewer: “What business owner doesn’t want their employees to be more efficient?” he says. “Not one.”

One of the most impressive statistics regarding Training Funding Source is that it has never been denied funding for a client in 22 years. 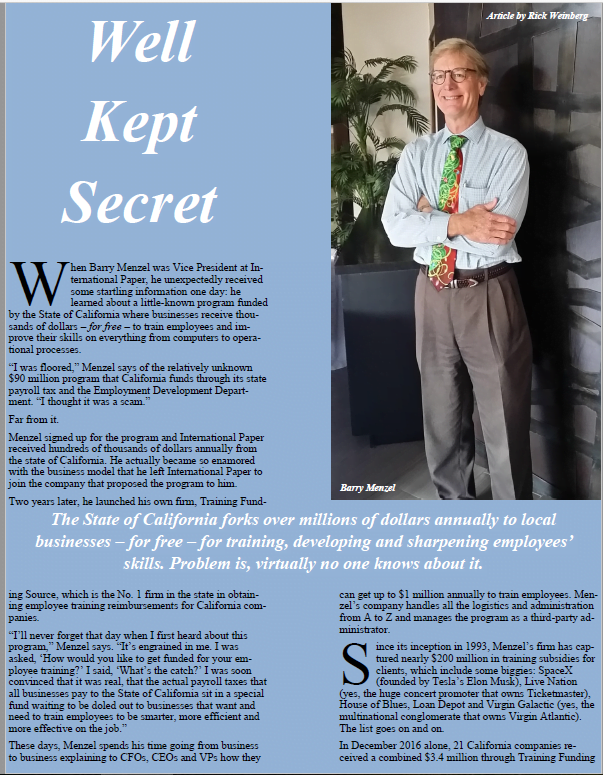