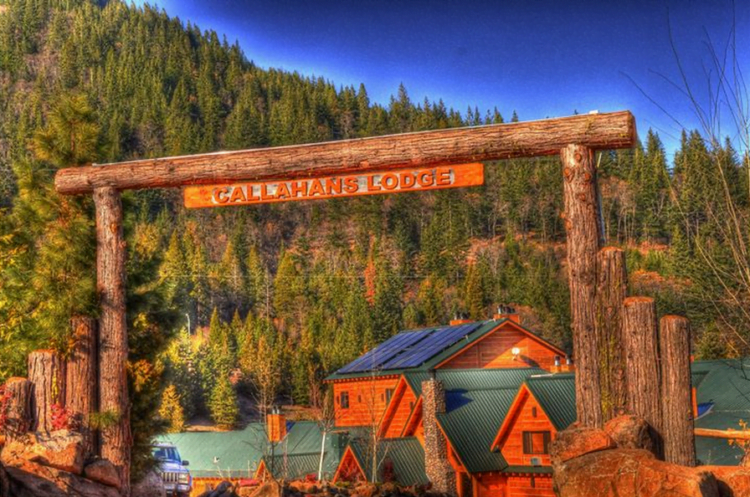 Outside the Lodge, the parking lot is filled with large vehicles packed with kayaks, water skis, canoes and rafting equipment, all ready to go for a day’s adventure on the rushing rivers of America’s Nature State and its dramatic landscape of rolling foothills and 200-year-old Douglas firs touching the clouds.

When asked why he stays in the family RV instead of a hotel suite with a jacuzzi and balcony overlooking lush landscape and striking firs, Cleaner says, “Lisa and I do not want to be treated differently or expect the staff to wait on us instead the hotel guests. We don’t want the staff worrying about us. There aren’t any titles here. Everyone helps out no matter where it is and what it is. Including Lisa and I.”

The Cleaners, who purchased the Mountain Lodge just over two years ago, have been seen sweeping the grounds, waiting on tables in the restaurant, vacuuming the halls, signing in guests and washing dishes.
Kary Goolsby, the general manager of the Mountain Lodge, says The Cleaners “are the most genuine people I’ve ever met. I can’t image a hospitality owner like them anywhere. I haven’t run into any like them.” 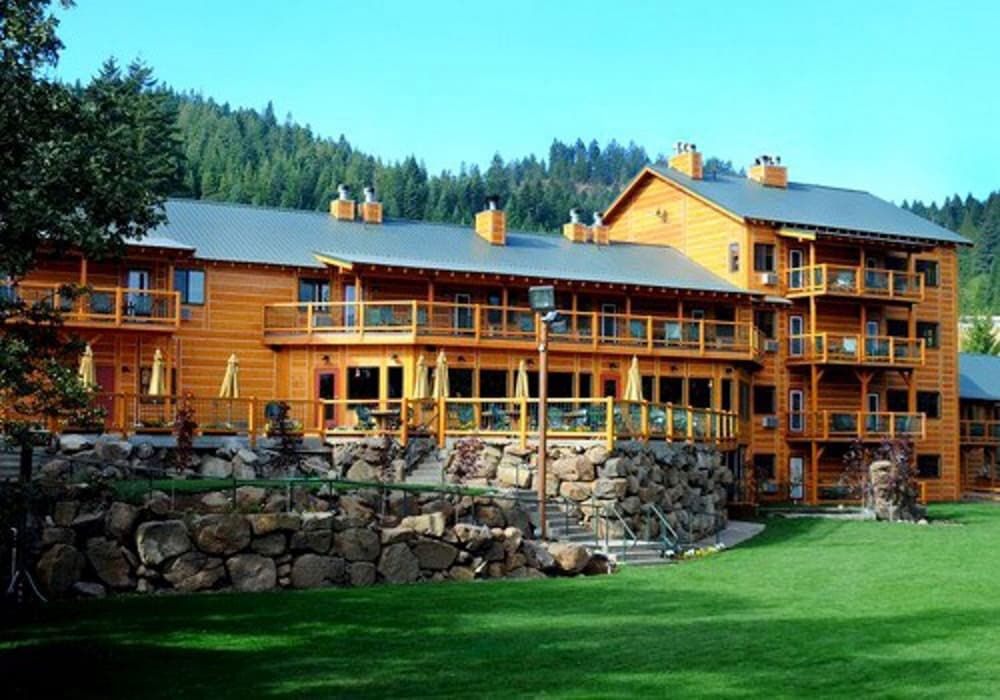 Two years ago, the Cleaners wanted to purchase a sprawling hotel property. “I’ve had a long-running fantasy about owning a log cabin mountain hotel,” Mark says. After passing on a Colorado hotel, they found Callahan’s, an awe-inspiring venue in the fifth most biodiverse region in the world.

“Wow, we gotta take a look at this,” Mark told his wife after seeing Callahan’s online. They drove to the property the next day and shortly thereafter, it was theirs.

“We were attached to it the moment we saw it and the felt the aura surrounding it,” Mark says. “This is what Lisa and I are all about: the rustic cabin feel and lifestyle, rock fireplaces, wood burning and animals.”

Mark Cleaner has spent his career as a chiropractor. His wife Lisa has spent hers as a hair designer. They both come from San Francisco. They began investing in real estate with family in the early 1980s.

Their small empire grew significantly, buying and selling properties. To purchase Callahan’s, the Cleaners sold their last two Oakland, Calif. properties so they could slap down $2 million and finance the remaining $2.15 million.

The Cleaners are very modest, unassuming, respectful people who have made wise investments and did not live an extravagant live “because that’s not who we are,” Mark says.

Their investment of $4.15 million is projected to double in three years.

The Cleaners have revitalized the Lodge with a fresh look and a hospitality team that greets visitors “as if they are walking into our living room,” Mark says.

The Cleaners’ first major hire was Jay Shelat, CEO of H&T Hospitality (H&T stands for Honesty & Transparency); he has turned the owners’ vision into clear view.

The future plans are extraordinary: they’re adding 10 rooms to boost the total to 33 and adding hardwood floors throughout. They’re looking to build a second hotel across the 5 Freeway on the 50 acres they own as part of the $4.15 million transaction and construct a tram running from one venue to the other. They also plan to build horse stables so guests can ride the back country trails.

For now, the Lodge is wonderful as is, attracting travelers, adventurers and hikers from all over the globe, particularly Canada, Washington, California and, of course, Oregon.

The Lodge is a haven for the Pacific Crest Trail Hikers, who trek an average of 50 miles per day. The Trail is 2,653 miles and ranges in elevation from just above sea level at the Oregon–Washington border on the Bridge of the Gods to 13,153 in Sierra Nevada. Hikers pass through 25 national forests.

Lucas Bergeron just arrived to the Mountain Lodge after a 33-mile trek. He started in Canada months earlier, at the City of Surrey, with his girlfriend and two other friends. He is covered with dirt as he rests outside his tent on the Callahan’s grounds, drinking from a canteen.

“Today’s been rough – the heat,” he says, his face stark red from the sun’s rays. “Callahan’s is our stopping point every year. It’s ideal.”

Bergeron works a half year to spend the rest of the year hiking. This is his 11th time in 13 years hiking The Trail.
“It never gets old,” says his girlfriend, Jade Silva. “Just better every time. The outdoors, the sounds of nature, the trees, the rushing waters. It’s exhilarating. We work six months a year only to do this. We live for it.”

Southern Oregonians and Northern Californians have flocked back to the Lodge since the Cleaners took over. Weekend weddings are increasing month after month. So are special family occasions like birthdays and anniversaries. 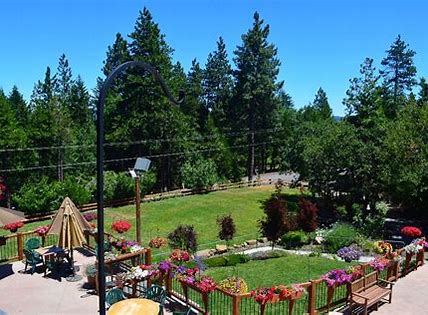 When a bride is looking for a wedding surrounded by nature, deer, and gigantic Douglas firs circling the lush green grounds, “there really is no better place,” says a Callahan’s visitor, Renee Spielman, while eating dinner at the hotel restaurant. “One of my closest friends was married here and she still never stops talking about it. It was quite a great wedding.”

“We’re getting to where we want us to be,” Cleaner concludes. “I want to become a well-known destination. I always aim high, never for mediocrity.” 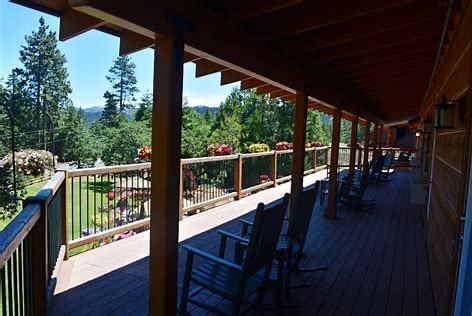 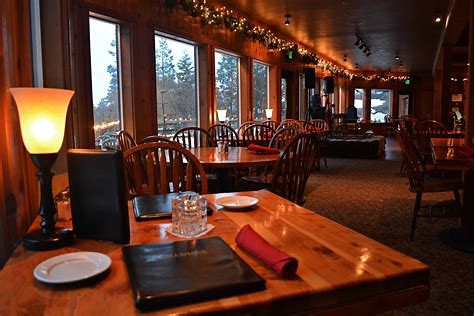 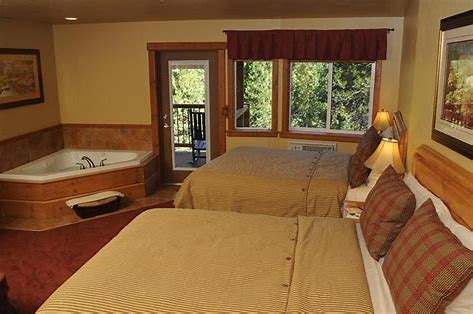 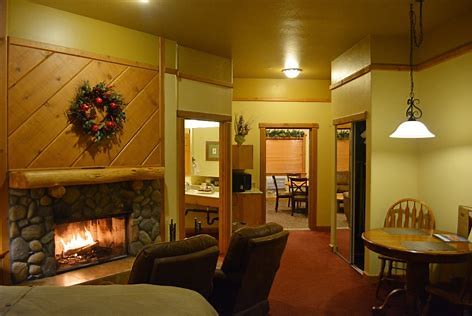 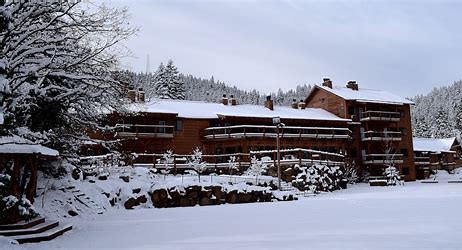 Other Travel articles by Rick Weinberg