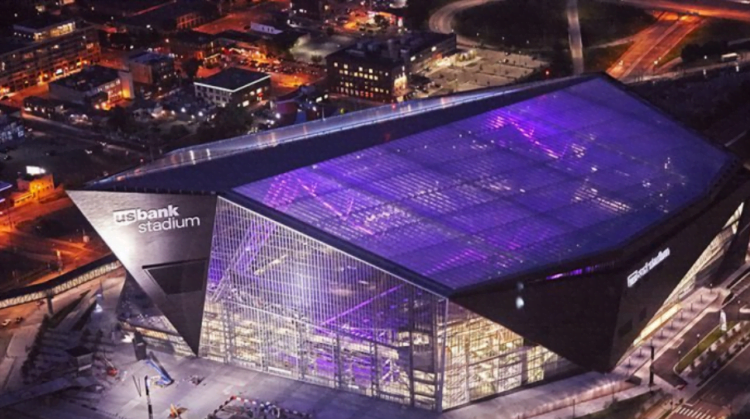 If anyone can, it’s Harris, one of the nation's leading mechanical engineering firms with marquee projects that include stadiums, arenas, hospitals, K-12 schools and universities, airports and hotels

Nearing its 75th anniversary, Harris, a leading mechanical contractor, specializes in design and engineering, construction, controls, service, manufacturing, conveyors and end-to-end building systems. In short, Harris fixes buildings. And, with up to 70 percent of a commercial building’s energy expense tied directly to mechanical system operation, it’s an aspect of the building industry too costly to overlook.

Headquartered in St. Paul, Minnesota, with regional offices across the country, including two in California, Harris is known for its work on sizeable projects that include stadiums, data centers, medical facilities/hospitals, schools, airports, hotels and casinos. It may be surprising to learn that about five years ago, as Harris continued to grow, both organically and externally through acquisitions — which added capabilities, diversification and geographical reach, a vision of ‘one Harris’ was mapped out on a single piece of paper.

“This has all been a part of our strategic plan, one that would get us from where we were, to our vision of today,” says Michel Michno, CEO of Harris.

“On that piece of paper was a list of five aims. One of them we entitled, ‘Game Changer,’ which focused on talent, culture and an advance toward making Harris a destination workplace.”

Harris’ rise as a national player is echoed by Michno’s own ascent at the company. Michno joined Harris in 2015 as chief operations officer, bringing with him over 35 years of experience in the construction industry, including international experience in Europe, Asia, Africa and Central and South America. At the close of 2020, he was named CEO. His rise was part of the firm’s five-year master plan.

“I’m a big believer that through excellence and efficiency, we can change the construction industry,” he says. “If you look at the data, productivity has not gone up in construction since the 1980’s, which is quite surprising when you compare what’s happened in farming, manufacturing or other industries – that is not happening in construction.”

Embracing technology is a critical component of Michno’s vision for changing the industry.

“There is a degree of fragmentation in construction. But, we’re in a place where change is possible, because technology will enable it,” Michno says. “For example, as a crew member, it’s difficult to know precisely where you’re at in the process on a single construction job, even on a daily basis. There are a lot of details and levels of details; the specifics are tremendous. That’s why it’s not uncommon to see construction budgets go over-budget and beyond-schedule. With better use of technology, which includes tracking apps, we’re able to know with far greater certainty exactly what’s going on with every detail on every job.”
It’s Harris’ success with the details, as well as its national, unified presence that make the company a leader in improving environmental building conditions and producing operational efficiencies. And, why it lands such highly visible projects.

“To borrow a sporting analogy, we look at these projects as being like athletes in that we enjoy the pressure,” Michno says. “There’s both a pride and a rush in these jobs. Like being in a game, there’s a thrill just before going onto the field, but once the game starts and you settle in, it’s about meeting that challenge. You’re only as good as the team you put out there.”

Being under the construction microscope has its advantages.

“The value of these stadium projects is that there’s a lot of clarity,” adds the CEO. “Everyone knows the date of that first preseason game; everyone knows there’s no real flexibility in the timeline. Decisions get made and they get made quickly. Things don’t linger; people act immediately and decisively.”

For Harris, the rise of demands and deadlines sees no descent in either quality or safety measures. Recently named to the list of 2021 Top Workplaces USA by Energage, LLC, the company’s deep commitment to its workforce is chief among the Harris checklist.

“It’s an effort, a culture, which permeates throughout our entire organization. From the administrative level to the on-site teams, we need to give our people all of the training they need, all of the tools they need, and we need to provide them the authority they need to make the right decisions on job sites. It’s an industry with inherent risks and you can’t take anything for granted. We’re proud of our safety record, but we’re only satisfied with reports of zero incidents.” — Michel Michno

Such care has been well-evidenced by the way Harris has handled the pandemic, in which regional mandates and respective company work practices has seen the construction industry generally presenting a dissonance of approaches. At Harris, the response to COVID-19 has been organized and uniform.

“We immediately put in place an Incident Response Team, which enabled us to meet daily to deal with any situation which might arise,” Michno concludes. “For example, we had certain job sites in certain regions, with deep heat and heavy humidity, where our team members were the only ones wearing face masks. From the onset of the pandemic, we have stayed very aware of what the CDC was doing and we’ve been very proactive with measures on our job sites. We always try to be ahead of the curve.”