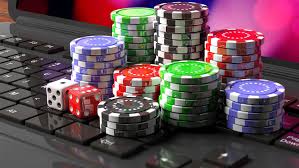 The road to legal sports betting is a complicated one in the state of California. Between the tribal casinos, the racetracks and the cardrooms, it seems like getting everyone on the same page is very difficult considering the competing interests.

Considering the size of the population coupled with the fact that they have more professional sports teams than any other state in the country, it’s fair to say that the sports betting market in California would probably be the biggest in the country. Big markets mean tons of competition which means you will be able to choose from the juiciest bonuses and prices available on the market. All of that is speculation of course because any hopes of legal sports betting launching in the country’s most populous state are far from reality.

The reasons for California’s failure to join the ranks of New Jersey and Pennsylvania in the lucrative new legal sports betting market are complicated. Since PASPA was struck down in 2018, eighteen states have legalized sports betting with fourteen of them having already launched. In California, unless the tribes, the card rooms and racetracks can come to an agreement, things will not budge.

Their Have Been Attempts Made Recently

On January 8th of this year, a Joint Assembly and Senate Government Organization Committees met at the state capital to get input from experts in the sports betting industry. It was said that the meeting was for them to get a sense of how big the potential market in California could be. While the forecasts were fantastic, the overall sense from many in attendance was that it was not enough to move forward.

The main obstacle lies in the fact that gambling bills in California need a two-thirds supermajority in order to pass the state legislature. In order to get that, you would need everyone to be on the same page and that is definitely not the case at the moment. Even an attempt to legalize daily fantasy sports was met with opposition even though there was a loophole that would have made it possible. Without cooperation from competing interests, legal sports betting in the state has no chance.

The major problem with the legalization of sports betting in California is that the state tribes want the exclusive right to offer legal sports betting. Card rooms and racetracks will not accept that deal as it cuts them out of the market. To be clear, tribes do have the upper hand here for one very specific reason, there are 60 Native American casinos in California. With all that money comes a ton of power and political influence.

The real problem here is that the tribes already have an issue with how card rooms operate in the first place. They feel like the card rooms are breaking state gambling laws, thus taking money directly out of their pockets. It’s a complicated issue but to get an idea of how contentious this fight is, three of California’s most powerful tribal operators sued the state and former Governor Jerry Brown in federal court over the issue. They ended up losing the lawsuit but clearly that did not make the relationship between them and the card rooms any better. Now you’re asking them to come to an agreement with a group that they already feel are stealing from them? That’s as complicated as it can possibly get in all honesty.

Add to this the fact that the tribes also object to online sports betting which threatens their brick and mortar casinos is yet another hurdle. Add the racetracks, who have their own interests to the equation and you have too many stakeholders in the state’s gambling industry with existing conflicts and competing interests to allow a sports betting bill to move forward.

Governor Gavin Newsom’s advisors did try to broker a deal earlier this year but ultimately, they decided that there wasn’t enough time to get a betting measure on the November ballot. With that in mind, legislation has been shelved for 2020. Remember, a sports betting bill would need a constitutional amendment in California which is no small feat.

There is some hope though and it comes in the form of a proposal submitted by a coalition of the state’s tribes that was presented last year. The initiative would of course give them exclusive rights for legal sports gambling in California. Racetracks for their part have also proposed a bill that would allow them to offer sports betting at their facilities. As you would imagine, that could be an issue for the tribes as the racetracks proposal would include mobile wagering in the future.

As for outside entities like Draft Kings, FanDuel and William Hill for example, there is no point in even looking at California for the near future as the tribes have already made it clear they are not interested in pari-mutual operators. Legal sports betting will come to California one day; it just won’t be anytime soon by the looks of things.