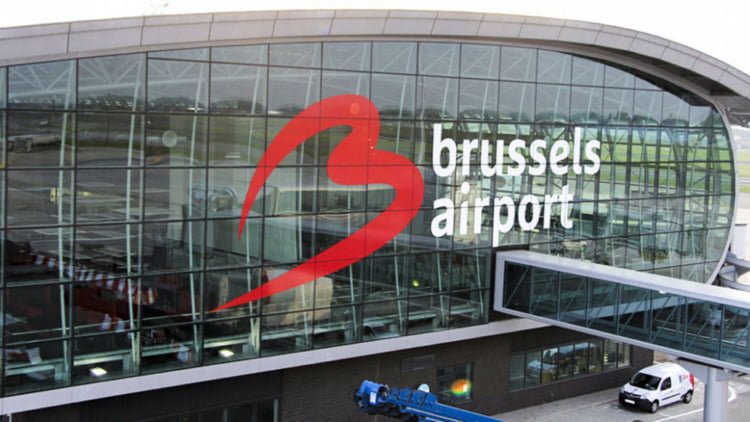 Taking Flight: What You Can Learn from the Transformation of Brussels Airport

The Belgium airport is the global leader in handling and shipping pharmaceuticals, and the first COVID-19 vaccines were flown out of their airport, which has captured multiple international prizes for its work, including an award for Best Cargo Airport. Here's how the contractors did it.

by Shannon Lucas and Tracey Lovejoy, Special to California Business Journal
A A
Share on FacebookShare on Twitter

Today, Brussels Airport is the global leader in handling and shipping pharmaceuticals, and the first COVID-19 vaccines were flown out of their airport. They’ve won multiple international prizes for their work, including an award for Best Cargo Airport. They’ve gone from losing to winning.

Two leaders were critical to this transformation: Demunter and Steven Polmans. They’re what we call Catalysts—individuals who constantly take in information, see a clear vision for the future, and feel a drive to make that vision reality.

We interviewed Demunter and Polmans to gain insight on how they transformed the airport and why they were so successful. Here’s their story.

Envisioning a Better Future: The Creation of a New Business Unit

In an airport, you have passengers, and you have freight. Usually, passengers get all of the attention, and freight is an afterthought. Demunter, then a senior project manager, envisioned something different: a separate business unit for freight.

This is a key trait of Catalysts: they see solutions and paths that others cannot. From the outside, it can look like they operate on intuition, but in reality, they’re deeply keyed into the trends and context around them. They’re always taking in information, many times subconsciously, and a thousand different data points coalesce into a clear vision for the future.

In Demunter’s case, he saw that, between 2005 and 2010, Brussels Airport had lost 50 percent of their cargo volume to other airports. He saw what other airports (both the successful and the not-so-successful ones) were doing. He saw all the ways in which passengers and freight required different strategies but were currently being treated the same. Overlaying all those patterns on one another, Demunter saw a better way for the airport to be run.

Catalysts not only see the potential for transformation—they act on what they see. Accordingly, Demunter made a strong business case for an air cargo unit, secured board approval, and became the new Head of Cargo Development.

A few months into Demunter’s new role, one of his team members left, and he began interviewing for the position. That’s when he met Polmans.

Like Demunter, Polmans was also a Catalyst—and a supercharged one at that. Demunter had learned to be cautious, moving more slowly in order to not burn bridges to other parts of the company. In contrast, Polmans had basically one speed: sprint. He moved quickly and regularly pushed boundaries, not always caring about following the rules.

When two Catalysts collide, the results can be explosive, in the best way possible. Demunter and Polmans made a powerful partnership. Demunter was able to build and maintain the necessary connections to other parts of the company, and he ensured they were in compliance with the airport’s rules and expectations. Meanwhile, he was able to give Polmans the space and freedom to do what Polmans did best: make change happen, fast.

Polmans saw himself as the conductor of an orchestra. He started talking to all the stakeholders, seeing how the pieces fit together. As he listened, he heard the same issues arise again and again, and he started solving them, striving to create the right balance. More violin here, a bigger crescendo there. Bit by bit, one process improvement at a time, Demunter and Polmans’ vision began to take shape.

Being Bold: The Choice to Go Niche

In this process of driving change, Demunter and Polmans made a bold decision. Though pharmaceuticals made up only 2 percent of Brussels Airport’s total cargo volume, they were going to focus nearly all their attention on building up this part of their cargo volume.

They were going niche.

Catalysts often have a reputation for being “bold” or even “risky,” but usually, they’ve simply internalized information that shows the “risky” action is actually the smart path. Prioritizing just 2 percent or your cargo volume may seem ill-advised at best and idiotic at worst, but Demunter and Polmans had two good reasons for the choice.

First, for inspiration, Demunter and Polmans had been looking to Schiphol Airport, which was (and still is) a true leader in freight shipping. Schiphol had largely built their reputation on a single commodity: flowers. If going niche worked for Schiphol, it could work for Brussels too.

Second, though Brussels Airport had lost much of its cargo volume, some customers had remained loyal. When asked why, their answer was almost always the same: pharmaceuticals, which could be tricky to ship due to the time and temperature requirements.

Demunter and Polmans knew that if they could maneuver Brussels Airport to be the global leader of a particular commodity, the airport would be known for something. They also knew the airport already had a strong foundation in pharmaceuticals. So to them, the bold choice was also the obviously correct one. It ended up being one of the smartest moves Brussels Airport made.

The Power of Catalysts

Catalysts are a huge asset to any company. As Demunter said, “You need people that push the boundaries beyond what you think is reasonable, because that has an impact on the central gravity of the organization.”

For Catalysts to thrive and have a positive impact, though, they need to be properly supported. Too many companies make the mistake of restricting their Catalysts, telling them what they can and cannot do. As Polmans put it, “You start cutting their wings, and then you’re surprised when they’re no longer flying.”

If Brussels Airport didn’t empower its Catalysts, it wouldn’t be the cargo leader it is today. The ability to push boundaries and drive change is exactly what makes Catalysts so valuable. So don’t cut your Catalysts’ wings. Give them the freedom and space they need to take flight, because when Catalysts soar, companies do too.

Shannon Lucas has been Executive Vice President at Ericsson, a Senior Innovation Architect at Cisco, and a Director of Innovation at Vodafone. A practitioner and global thought leader on intrapreneurship, she founded the Global Intrapreneur Salon and is passionate about transforming corporations into sustainable change engines.

Tracey Lovejoy is an anthropologist and the research engine for Catalyst Constellations. She spent twelve years at Microsoft leading teams of changemakers and co-founded the Ethnographic Praxis in Industry Conference. Tracey thrives when she can use her intuition and relentless optimism to coach Catalysts and amplify their changemaking power.

Move Fast. Break Sh*t. Burn Out is Available on Amazon.