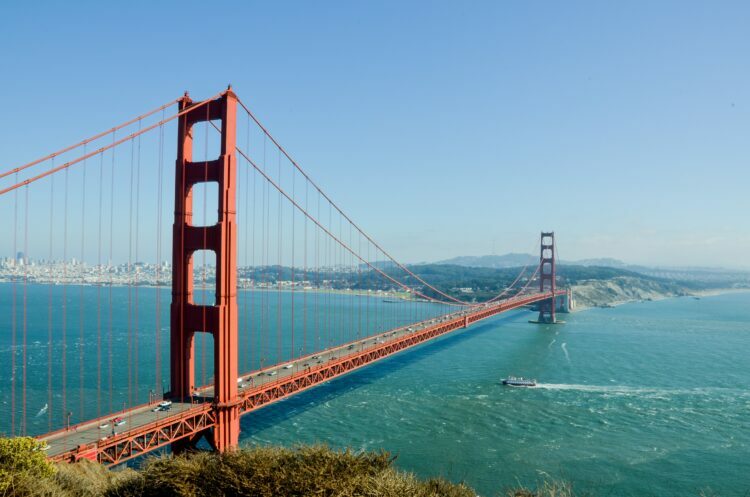 Sports Betting is Booming in New York. When Might It Come to California?

After legalizing online sports betting to start 2022, New York residents have made it a $1.2 billion industry each month, with revenues expected to grow to $15 billion in total for 2022. That amount of action has led New York’s sports betting business to become the nation’s top-grossing locale offering such sporting event wagers, surpassing both New Jersey and Nevada for that distinction.

New York sportsbooks have been using enticing sign-up bonuses to attract bettors to their platforms despite a 51 percent tax rate on revenue, a strategy that seems to be paying off.

Bettors aren’t the only ones getting in on the action. The state of New York collects a portion of the revenue from taxes on sports betting companies’ revenue, generating an estimated $600 million for the state in the industry’s first year alone.

Sports betting in New York continues to grow, with more residents joining due to generous sign-up bonuses for new customers. With so much success from the country’s fourth-largest state in mind, when will sports betting come to California, the most populous state in the nation? Let’s take a look at some recent developments.

California voters in the general election will decide on two dueling ballot measures that can determine the future of sports betting in the state. On November 8, residents will head to the polls to vote for or against both Proposition 26 and 27, potential laws that determine how legalized sports betting would be implemented in California.

Proposition 26 would allow live, in-person sports betting only on Native American lands. With approximately 80 casinos currently erected within tribal communities, the American Indian population is supporting this measure to stave off competition to their lucrative profits that fund the tribal economy.

Conversely, Proposition 27 allows sports betting online by tribes as well as traditional gaming companies like DraftKings. The law intended to fund homelessness assistance through taxes generated by sports betting. Prop 27 would allow residents across the state the opportunity to legally bet on sporting events from anywhere within California’s borders.

The dueling ballot measures are both expected to fail during the general election. Polls conducted in October showed neither measure had garnered more than 31 percent of likely voters’ support.

One reason for the negativity surrounding both Prop 26 and 27 is the campaigns to vote against both measures. More than $550 million has been spent in the 2022 election cycle in favor of or against the measures, making this the most-expensive campaign in California election history.

If both measures should pass—which is not expected—only the proposition with the most votes in favor would go into effect. Proposition 26 has the least voters in opposition to the measure thus far, although that total exceeds 45 percent in multiple polls.

What’s Next for Online Sports Betting

Assuming neither Prop 26 nor Prop 27 pass, California voters would have a two-year break before this issue could be reviewed. Due to municipalities voting only once every two years, the measure could not be addressed by residents any sooner than 2024’s general election.

That two-year window gives both the 100+ tribes across the state and gaming companies a chance to refine their messaging for future ballot measures. DraftKings and FanDuel officials have already signaled their intent to tackle California’s online sports betting laws again in the near future.

How Long Until Sports Betting in California will be Legalized?

How Long Until Sports Betting in California will be Legalized?