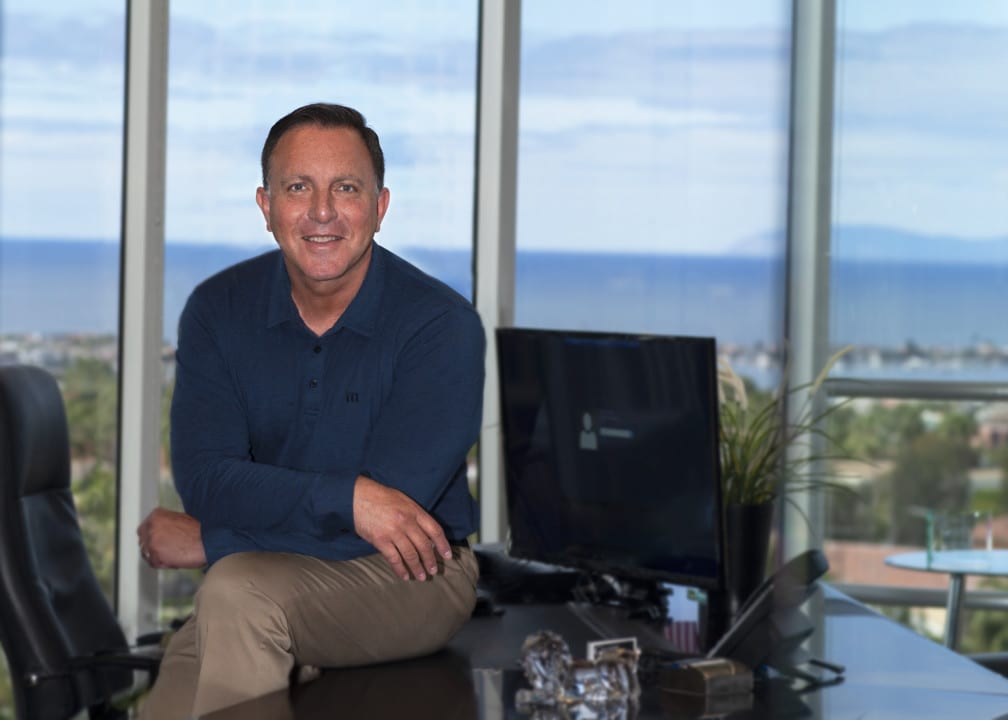 When Playboy Enterprises Required a Renowned Firm to Handle the $100 Million Sale of the World-Famous Playboy Mansion, They Turned to Brad Cohen and Granite Escrow and Settlement.

When it came time for Playboy Enterprises to sell its historic Playboy Mansion in 2016, the real estate agents representing both parties knew they needed a firm with a strong reputation and impeccable security to manage the $100 million transaction.

The real estate brokerages on both sides of the high-profile deal’s natural instinct initially pushed in the direction of using their in-house escrow services. The attorneys both agreed that this could create a resounding conflict of interest.

The firm was selected partly because both real estate agents previously worked with Granite’s Beverly Hills team, who are well known for their top tier work on Beverley Hills’ estates for the past 20 years.

“I double checked myself three times before I hit the release button,” laughs Brad Cohen, Granite’s President & CEO who personally sent the wire that transmitted the funds for the Playboy Mansion sale.

Cohen spent 19 years with Heritage Escrow, helping the company grow from four to 28 locations. In his position as Heritage’s senior vice president, he learned he could recruit efficiently and lead. However, his happiness deteriorated in 2007 after Heritage’s owners sold the company to the First American Corporation and the new management started ordering layoffs in 2008 even though the company was still profitable.

“It just got to the point where I was going home very depressed,” Cohen says. “These were people you handpicked, you’ve given them a career, and you’re telling them you’re throwing them out on the street.”

So Cohen launched Granite Escrow & Settlement Services with two offices in March 2009 and had four locations by the end of the year.

“When I started it was just a handful of people and I made a vow to them and that was ‘let’s just break even,’” he says. “That was my goal. It’s 2009 the world was falling apart economically, so I thought that if we can just break even I would be extremely happy.”

Well, Granite exceeded expectations in 2009 and has grown since then to nine locations in Southern California. Last year, the firm oversaw $4.3 billion in transactions.

The company truly represents the dedicated nature of its staff: Cohen attributes Granite’s success to the infrastructure his firm has built behind its escrow officers to handle tasks that the lending and real estate industries have thrust upon them over the years.

The proliferation of computer hackers has forced the escrow industry to take a more thoughtful approach to cybersecurity. For example, real estate agents have been known to use personal email accounts to conduct business with escrow companies. Hackers exploit this weakness to send fraudulent instructions to transfer millions of dollars to offshore accounts.

Another weakness the escrow industry has needed to crackdown on is controlling information stored on copy and fax machines. Escrow officers often don’t realize there is a record of every document they scan being stored on the computer inside the copy machine.

“Our clients’ private information is of paramount importance to us and assuring it is securely protected at all times,” Cohen says.

To make Granite’s cybersecurity as solid as its namesake, Cohen put the firm’s security procedures and standards through a strict auditing process through the American Institute of CPAs. When attorneys representing high-end clients ask for information on how Granite secures its business, Cohen is able to provide them with a SOC1 and SOC2 Statement on Standards for Attestation Engagements.

Before going through this rigorous audit, Granite would have to provide this kind of information piecemeal but it is now able to provide clients with a comprehensive report of its practices. One component of this system of checks and balances is having one set of employees in charge of inputting wire transfers and separate group releasing the wires. Sort of like checks and balances.

“This is a fail-safe to make sure the right dollar amount is going to the right bank account,” Cohen says. “Most companies don’t have that and I don’t care if it’s a commercial deal or a residential, we have a fiduciary responsibility to the principals involved.”

The growth of the EB-5 visa program, which makes it easier for foreign nationals to obtain U.S. permanent residency if they invest at least $500,000 in a business and meets EB5 qualifications, presented an opportunity for Granite to diversify its business. So far Cohen’s firm has processed 250 holding escrows for EB-5 clients investing in projects including hotels, shopping centers and other major developments.

“I attribute our success in this emerging market to the fact that we have an in-house general counsel who efficiently produces holding agreements for the companies accepting funds from overseas,” he says.

However, the State Department’s quota of Chinese applicants has limited the growth in this segment of Granite’s business in the coming year. “It’s not so much that people can’t get their money out of China, it’s that the State Department is taking sometimes 10-15 years for Chinese applicants to get their green card,” Cohen says. “So it’s not as appealing but there has been an increase in other Asian Pacific Rim countries and we’ve seen an increase in India.” 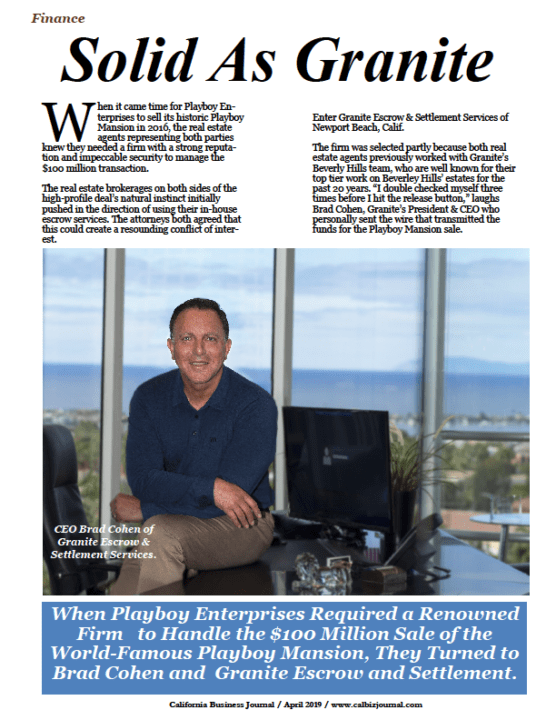 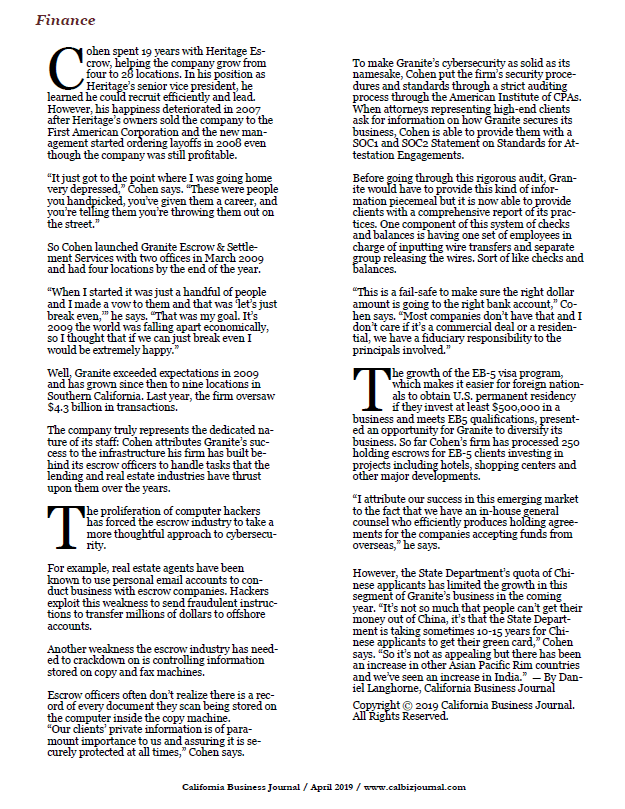