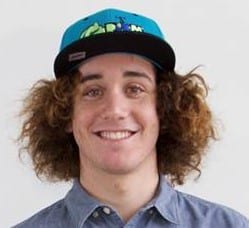 Grom Social Enterprises: How An Orange County, California Teenager Is Making The Internet Safe For Children.

Online safety for kids is a headline-generating national problem that adults have been trying to tackle for years.

But it took one teenager to actually solve it.

Forced away from Facebook by his dad when he was younger, Marks immediately went to work building a social media platform from the ground up that he and his friends could enjoy.  =

“We created Grom Social as an alternative social media site exclusively for kids where they can connect, share, create, and have fun while learning how to behave on social media properly. Our goal is to help kids be aware of their social responsibility and become good digital citizens,” Marks says.

Grom Social is monitored 24/7 by adults with backgrounds in education and child development to ensure the site’s content is always secure. Grom even has a Parents Portal enabling parents to keep tabs of their child’s online activities.

Six in 10 children are exposed to sexually explicit content and violent imagery when surfing the web. While the Internet can provide kids with a world of discovery and creativity, the harsh reality of cyberbullies and online predators make the price of admission too high.

“Children simply don’t have the experience to deal with scammers who encourage the transfer of personal information or the all-too-easy access to inappropriate material,” Marks says.

From the parenting perspective, the Internet has made this arguably the toughest era yet to properly raise a child.

Congressional hearings, corporate-funded research, and promises made by the digital giants are all dwarfed by Marks’ achievements.  He works daily with award-winning content creators, renowned game designers and noted educators to keep Grom Social fresh and compelling for kids.  He forms alliances with child safety organizations across the country, advises community groups and lectures before child development professionals.

Marks is considered the country’s teenage ambassador for the digital age, putting safety and security as Priority No. 1 and launching programs aimed at preparing kids to become positive digital citizens.

He draws inspiration from his family, headed up by his father Darren and mother Sarah – both of whom went full-time aboard their son’s fledging company.  Then there are five siblings – each one an achiever in their own right. Older brother Luke is a professional surfer, college student and Grom contributor. Younger sister, Caroline, the fifth-ranked surfer on the WSL tour, holds over 20 national surfing titles and is the first Girls’ Gold Medalist for Team USA in the history of the ISA World Games.

When not studying, seventh-grader Jack competes on the PGA Junior Tour. With his adventurous spirit and willingness to try almost anything, nine-year-old snowboarder Dawson is the ‘daredevil’ of the family who has also taken up a love for competitive surfing. Then there is the youngest in the family, six-year-old Victoria, who stars in her own popular Grom Social series Sundays with Victoria, where she adorably opines on everything from her favorite things in the world to important events such as Earth Day.

Working closely together, Zach and Darren forged Grom Social into a next-generation digital entertainment company. With the Grom Social website at the company’s epicenter, Grom Social Enterprises owns and operates five distinct businesses including the Grom Social website; Top Draw Animation, an award-winning producer of top-quality animation and one of the leading producers of 2D animation for television markets around the world with the biggest animation producers as clients from Disney to Nickelodeon and credits such Tom and Jerry, My Little Pony and Disney Animation’s Penn Zero: Part-Time Hero; NetSpective WebFilter, a pioneering leader in online network monitoring and security solutions providing its proprietary web filtering platform to over 3,700 schools nationwide; Grom Social Apps, the company’s division that houses its successful MamaBear all-in one parenting app that creates a private communication hub for families to communicate, locate, organize and protect their children at all times.

Grom recently released Version II of the MamaBear app, which has generated in excess of one million downloads, and Fyoosion, a breakthrough proprietary marketing software platform that utilizes digital automation to generate sales leads and improve customer retention for businesses of all types.

“All of the Grom Social Enterprises subsidiaries are synergistically aligned resulting in a unique vertical integration encompassing both content creation and distribution,” Marks says. “Our in-school and apps operations further increase the company’s visibility and reach.”

As an example of the company’s high-impact digital business model, Grom Social Enterprises concluded the acquisition of the quality preschool-first grade entertainment brand Bonnie Boat & Friends for which the company will produce an animated series via Top Draw Animation, design ecology education apps, create in-school resources focusing on oceanography and protection of sea life and mount original content for the Grom Social website.

“Millions of children in 200 countries worldwide will be exposed to the acquisition, underscoring the power of our innovative approach to digital distribution,” Marks says.

“While safety issues will continue to surround the established Internet giants, Grom Social will continue to represent the solution, delivering its impressive global reach for the benefit of children and parents alike.”