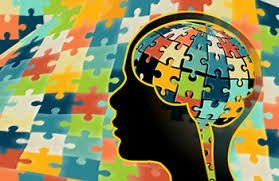 Understanding autism, ADD and ADHD – and providing the right social programs and strategies to cope with them — is paramount. No one does it better than Newton Learning Centers and Pine Hills Schools.

Bethany Valentine was so impressed with the Second Start autism program at the Newton Learning Centers and Pine Hill Schools that she not only enrolled her son Zach there but she also went to work for them.

Second Start’s programs turned her son’s life completely around, which is exactly what it does for every child who enters the progressive 41-year-old, award-winning schools, which are in San Jose, Monterey and another in Reno, Nevada.

“The incredible work they do there really inspired me – they’re the masters of understanding and dealing with behavioral challenges,” Ms. Valentine says. “When I saw what was going on there and how they helped my son with the innovative programs they were using, I said, ‘Hey, I want to be a part of this. I want to work here.’ So I went back college, got my degree and here I am, working for them.”

Ms. Valentine’s son was diagnosed with autism at the age of five. “I home schooled him because I knew what we’d get in the public school system,” she says. At the same time, she was reading books and conducting deep research on autism.

That’s when she found Second Start.

“Right away Zach started bonding with his teachers and other students – that’s how effective the program is,” she says. “He had never done that before.”

He was 14 at the time. When he felt confident enough to return to the public school system for his last two years of high school, he wound up winning a prestigious English award his senior year. Today, at 22, he’s living on his own and preparing for college. Without Second Start, “he’d still be living with me,” Ms. Valentine says.

Zach Valentine was barely able to speak when he was young, leading to temper tantrums. “He had things to say but couldn’t. He wanted to communicate his needs, but didn’t know how,” his mother says. “His frustration led to outbursts.” He would rock his body back and forth, line up his toys excessively and develop extreme anxiety over the smallest of issues – all clear symptoms of autism.

“Most kids with these symptoms develop an obsession with one or two things – Zach’s obsession became history. He could give a college level lecture on medieval history.”

When Zach entered the Second Start program, he quickly blossomed, thanks to school’s remarkable staff of patient, experienced, understanding and warm-hearted teachers – one of whom now is Ms. Valentine herself.

“The teachers gave Zach techniques on how to read body language and understand facial expressions — and how to rationalize it,” she says. “Previously, he had never thought about it. He didn’t have the tools or technique to figure out what other people were feeling or thinking. Second Start gave him a foundation and the skills to deal with others that made it possible for him to go to a public school and thrive.”

The inventive social-cognitive program at Second Start helps students recognize what they’re feeling. Quite often, a child with autism doesn’t understand what they’re feeling. The program – which is tailored for each individual child — provides students with the name for each of the feelings they have and it helps them to recognize what they’re going through. Along with that comes strategies for dealing with those feelings and handling all the thoughts running through their minds.

“Second Start also provides really close communication between the teachers and students — they make sure the student understands that ‘Hey, we know what you’re going through and we are with you every single step of the way to help you understand what is happening and how to deal with it so when you’re out there in the world it’s not so scary, it’s not so unknown, and you know how to think about what’s going on around you,’” Ms. Valentine says.

At Second Start, children learn that the uneasy feelings that are stored up inside of them are simply unique characteristics and that it’s ok have them. There’s nothing wrong with it. It’s simply about having the tools and strategies to rationalize them and cope with them.

“We understand the challenge of behaviors and we’ve built our curriculum and our programs around it with a very low staff-to-student-ratio,” says Executive Director Tara Bevington. “With our ‘social-cognitive environment’ we are able to help students with the tools they need to go back into classrooms at public or private schools within a year or two. We don’t want to keep them for their entire academia. We’d be doing them a disservice if we approached it any other way.”

Some of the students who have passed through Second Start’s doors “are amazingly brilliant in certain areas,” Ms. Bevington says. “They just lack the coping skills to be in a mainstream classroom. When we get that behavior figured out — and provide them with the self-awareness and understanding of their challenges and get them to use the appropriate tools to get them back in the classroom — they can do some pretty amazing things.” 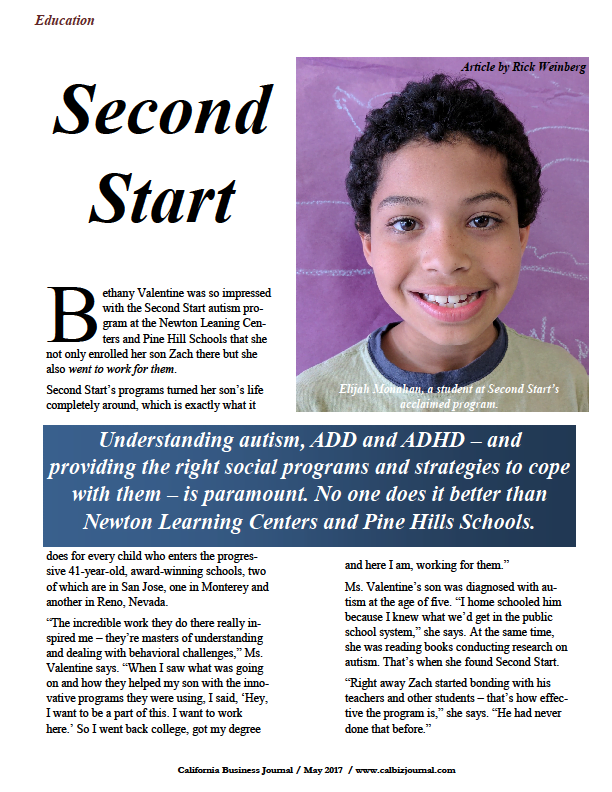 The State of Autism Detection and Treatment