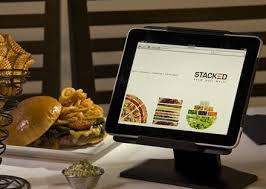 The co-founders of the iconic BJ’s Restaurant and Brewhouse are the same two gentleman who launched a new era of eating venues with its newest and most innovative endeavor, Stacked: Food Well Built.

Paul Motenko and Jerry Hennessy retired from BJ’s after 18 years yet they quickly discovered that they really weren’t ready for retirement. They decided they had to get back in the game and do what they do best – creating a new and wonderfully unique dining experience for the masses … just like they did at BJs. This time, they might have overdone it by creating one of smartest and most cutting-edge venues imaginable, something that fits flawlessly in this digital era.

At Stacked, which is in Huntington Beach, San Diego, Torrance and Cerritos, customers order their food from an iPad and can customize their entire meal in endless and imaginative ways in a wildly fun, open-air environment with impeccable, classic architecture. The state-of-the-art restaurant has already been honored by the National Restaurant Association for pioneering the industry’s first successful iPad ordering and design system.

Stacked offers an “ingredient-centric approach to dining out,” Motenko says. “There are no boundaries on how our guests can build their burgers, pizzas, salads and shakes. It’s great American food prepared just how they want in a high-energy environment.”

With the success, popularity and convenience of the iPad-ordering system, more restaurants will likely adopt similar tablet systems in the future.

“I believe they will,” Motenko says. “We see restaurateurs in our restaurants often evaluating the system.”

But, as Motenko says, it’s not about the innovative ordering system. It’s primarily about great, quality food and enabling guests to control their dining experience – with a multitude of options. 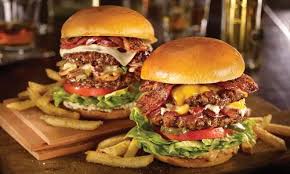 Sweet and Savory Harvest Flatbread. This came to the table as a surprise — courtesy of Motenko. It featured mozzarella and gorgonzola cheeses, caramelized onions, spring lettuce, dried cranberries, candied pecans and a balsamic glaze. “No one serves flatbread like this,” he says. “I love dishes that are the opposite of the traditional. That’s how BJ’s Pizookie happened. By going against tradition and being creative.” 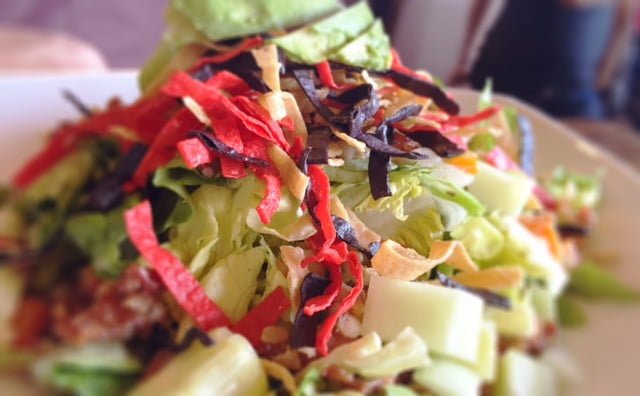 Prime Rib Sandwich. Thinly sliced prime rib, roasted to medium rare, on a rustic French roll topped with caramelized onions. One of the best Prime Rib sandwiches you’ll ever have.

Pastrami Sandwich: As great as the BBQ Chicken salad. Thinly-sliced, lean pastrami on marble rye with pickles, coleslaw, and spicy brown mustard. As good as any true deli – and better than most.

Hamburger: Finally had a hamburger, which is considered by some as the primary item on Stacked’s extensive menu. Delicious burger. No surprise, of course — considering it’s the restaurant’s staple. How is it different — and better — from other hamburger spots? “First, it’s 100% fresh chuck,” Motenko says. “A burger should be meaty, basic and simple — and then you add whatever you want to it.” That’s the difference at Stacked — adding what you want, when you want it, on demand, with the iPad ordering system. This burger came with brioche bun, freshly baked that morning. Pretzel buns are also available,  along with a whole wheat bun and gluten free bun. This burger included fresh lettuce, pickles, roasted red pepper aioli and chipotle mayo. There are 10 different sauces on the menu — “and that’s what distinguishes us — the sauces,” Motenko says. Stacked burgers are different from B.J.’s in that “our are grilled and B.J.’s is charbroiled,” he adds. “I like my burgers seared on the outside and juicy on the inside. To me, the texture is very important.”

Asian Chicken Salad: Packed with chicken — much more than other venues.  Isn’t it frustrating when a restaurant skimps on the chicken? That’s not the issue at Stacked, that’s for sure. “This was one of the first menu items we developed in conjunction with the former executive chef at the Island Hotel, Bill Bracken,” says Motenko.  We wanted the salad dressing to be very light with a hint of peanut – highlighting the fresh ingredients in the salad.  The lightness of the dressing is the most distinguishing feature as many Asian salads have very pungent dressings.” Bracken gave up his very successful career as a chef to open a food truck to provide meals to underprivileged people in Orange County. His non-profit organization is called Bracken’s Kitchen.  His website is www.brackenskitchen.org. “Bill is an amazing guy with a huge heart,” Motenko says. 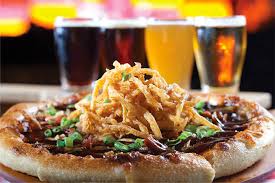