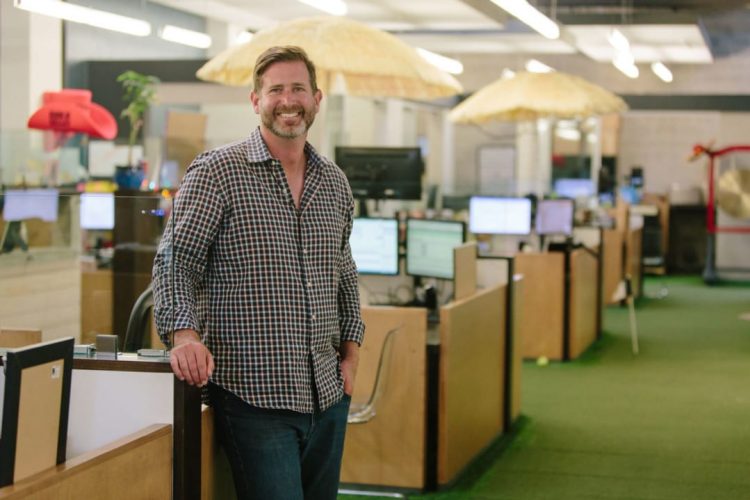 There’s an expression that today’s faster pace of life is due to everything “moving at Internet speed.” Nowhere is this more applicable than in the tech industry, which dreams up new ways of managing data, storing information and delivering services quicker than a mouse click.

To many non-gearheads, these futuristic concepts may seem like out of a 1950s science fiction movie. Yet, to investors, technologists and the industries birthed by these modern marvels, each represent game-changing paradigms potentially worth billions of dollars annually.

However, when it comes to rapidly evolving industries, nothing compares to the massive $350 billion global market for business hardware and services, according to Christian Saunders, co-founder and CEO of OSI Global IT Services in Santa Barbara, Calif.

“In the nearly 20 years I’ve been involved in the enterprise hardware sector, the changes in product performance and customer expectations are breathtaking,” he says. “If the auto industry moved this fast, we’d not only be talking about electrically-powered, self-driving vehicles, but they’d be shuttling us back and forth to another solar system.”

Most of the radical shifts Saunders and Systain co-founders Joey Leonard and Jordan Quivey have seen have been through the lens of IT products bought and sold on the “secondary market.”

The company they founded in 2009, originally OSI Hardware and now re-branded as OSI Global IT, has grown impressively thanks to their deep understanding of the worldwide demand for used, heavily discounted network hardware.

Operating as a “third-party” supplier, Saunders and his partners have maintained a tight focus on buying millions of dollars of routers, switches, servers, storage components and other equipment put out to pasture each month.

“We buy low and sell at a reasonable markup. It’s a straightforward arbitrage model,” he says.

Important to their success, he adds, is that all of the equipment they purchase is manufactured by the industry’s leaders, including Cisco, Juniper, Brocade and warrantied to be genuine and to contain no refurbished content.

Each component is inspected, tested and certified as “like new” by OSI Hardware company’s technicians before being boxed and shipped to buyers in the U.S. and overseas.

The appeal of pre-owned hardware to savvy CIOs, IT Managers and procurement professionals is simple: savings average 70 to 90 percent below list prices of new equipment.

Saunders says it’s this endless off-loading of “barely used and nearly new” hardware that fuels the IT equipment aftermarket. Some of this inventory is sold due to the expiration of lease financing or following depreciation, but Saunders says that most is retired prematurely and unnecessarily.

“Virtually all of this hardware is in perfect condition with many years of useful life left,” he says. “However, manufacturers have end-of-life policies that force end-users to dispose of functioning hardware and upgrade to the latest generation of products. It’s a strategy the OEMs use to increase revenues and quite frankly is entirely counterproductive to the interests of the customer. They’ve been doing a real disservice to businesses around the world for many years.”

Although the practice went largely unchallenged for decades, the emergence of a thriving third-party market and growing awareness of the capex savings and other operational benefits have emboldened enterprises to push back against the worst of these OEM policies.

Industry analysts such as Gartner have taken note and published reports advising their clients to pursue a “hybrid” or bi-modal strategy of adding third-party equipment purchasing and support services to supplement their existing OEM relationships.

The affirmation from Gartner and leading trade publications of the OSI Hardware business philosophy has come as welcome support for Saunders and his partners, although admittedly long-awaited and overdue, Saunders says with a laugh.

“Sometimes we felt like a lone voice in the wilderness telling organizations to stop wasting their money and demand better value from their suppliers,” Saunders says, chuckling. “I should add that we include ourselves in the mix when we train our customers to expect high standards for much less expenditure. There’s always room for improvement.”

It was against this backdrop of shifting customer allegiances away from OEM suppliers to being comfortable depending on the third-party market that the Systain business model was developed.

“For several years we toyed with the idea of adding a ‘white glove’ support level to our existing lifetime warranty and next-day replacement commitment should a component fail,” Saunders remembers. “Over the years, many of our customers asked if we could support their entire infrastructure, even components they hadn’t purchased from us. Naturally it didn’t hurt that in the same breath they mentioned that the level of support that we bring to the table is far superior then what they were getting from the OEMs.”

With discontent in the industry toward OEM support contracts growing, Saunders and his team launched OSInet. From the outset, the mission was obvious: outperform all OEM maintenance offerings, especially SMARTnet, Cisco’s enormously profitable technical support product.

Now, just four years later, support contracts have become a big part of OSI Hardware’s success and key to customer satisfaction metrics. In late 2017, the services practice was spun out as a new division called Systain, a play on the words ‘sustain’ and ‘system’ or “sustaining your system for life.”

Building on the philosophy that disrupting the OEM sector is the most effective way for end-users to gain better buying power and a stronger bargaining position, the Systain team has been quite a nice addition to OSI Hardware’s notable legacy.

“We’re continuing to do what we’ve always done, which is give control back to the customers,” Saunders says. “We have thousands of clients who thank us because they can now choose when to upgrade hardware purely based on their business objectives. With our standard support or by adding a Systain contract, they can stop worrying if a manufacturer tells them they no longer will support them because they have pre-owned hardware or other conditions that are outside OEM support policies. It’s a great feeling knowing we played a part in empowering that customer.”