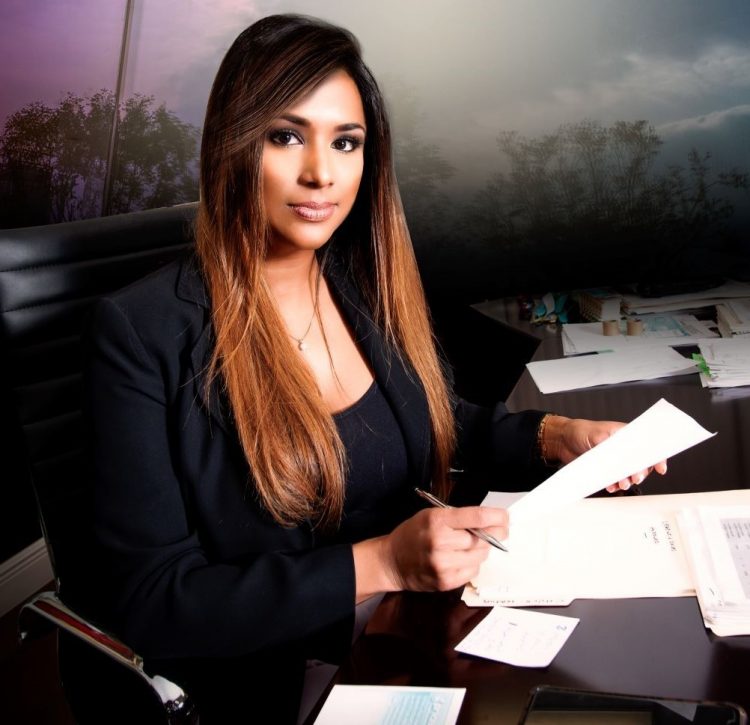 She followed her gut, took a timely risk and now her company is poised to become an industry leader for touchless technology that could revolutionize events, trade shows, entertainment, theme parks and retail.

Shara Pathak, president of Price Chopper Wristbands, took time with her research but when it was time to move, she made her company’s acquisition of Glownet Inc. happen quickly and seamlessly.

Glownet Inc. was the North American arm of a United Kingdom software developer that creates radio frequency identification (RFID) solutions, Glownet, Ltd. Glownet Inc. is now is a wholly-owned subsidiary of Price Chopper Inc., which now makes it the only wristband company to own and develop RFID software platforms in-house.

Price Chopper produces a wide variety of wristbands, including healthcare, fabric, silicone, Tyvek and lanyards. Most can be adapted with an RFID-credential chip, enabling the company to provide touchless solutions that can be used in many ways, including cashless management, access control, and data tracking and reporting.

“The purchase of Glownet Inc. broadens and expands Price Chopper’s offerings in the wristband and identification market,” Pathak says. “This deal came together so quickly. It was incredible timing.”

Pathak’s roots go deep in the printing industry, particularly in the Caribbean, where her extended family owned the largest printing company in the islands. Her father, who was the CEO, decided he wanted to further his education and entered an executive master’s program at Stanford. When he was done, he decided not to return to the family business but instead to build a new company in the United States. Shara was 15 at the time.

Her father’s decision to leave resulted in forgoing his severance. His sister believed in what he was doing and extended the new company a loan and they launched their wristband business, which is a niche of the printing industry.

The company that started in an apartment in 1997 now works out of a 44,000-square-foot plant in Orlando and exhibits at over 30 domestic and international trade shows every year.

Now the president of the company and an industry expert, Pathak saw the demand for RFID-enabled products continuing to grow. “There is so much buzz around RFID,” she says. “I knew the generic wristband industry, which is our core business, but we are in a market that now needs more. With changes in technology, there is incredible demand for ‘smarter products.’ I had to decide what that meant for the growth of our business.”

She set her sights on partnering with a software company and, because of geographic crossover, she wanted an international company to make sure it was not a direct or even possible competitor. Her research began with asking industry partners who they knew and trusted worldwide.

“That search took about 18 months,” she says. “There are a lot of companies doing RFID, but most came with their own set of challenges. At this point, we were manufacturing bands with chips in them and I went to our chip supplier and asked for a recommendation. They highly referred two providers, both of which were growing rapidly in Europe, and one was Glownet.”

She picked up the phone and was connected to a representative for the company in California. This first conversation was on a Monday and three days later on Thursday, she was flying to the development office in Madrid. She quickly learned Glownet had done more than 1,000 events worldwide and it had a tried and tested product.

Because these technologies are so new, many of the providers hadn’t worked out product bugs and challenges. Pathak’s brother, a software engineer, consulted on the acquisition and through the serendipitous arrangement, she was able to bring on the original software developer.

So now Price Chopper Wristbands owns the technology in the U.S. and the creator can continue to innovate. “I did not want to gamble on a company with an untested product,” she says. “Once I learned about Glownet, I saw all the possibilities. The platform provides a sophisticated analytics engine, allowing greater data collection and consumer insights. This is fast becoming a key requirement from leading consumer brands that support major establishments and events.”

These features are extremely useful to the events industry and the companies that spend billions of dollars sponsoring them. For instance, now traffic and data for every attendee can be tracked and analyzed. Event sponsors can now know where every attendee spent time, how traffic flowed, how much money they spent, where they interacted with vendors.

“It completely takes the guessing game out of consumer behavior for events and trade shows of any size.”

Also, cashless systems are already in high demand and in the wake of COVID-19, touchless cashless systems are likely to become the only acceptable option. Attendees can preload a set amount of money into an account linked to a debit or credit card and they’ll only need to wave their wristband to pay. No touch. No cash. No germ exchange.

“One of the big selling points, in addition to data collecting, consumer tracking and cashless transactions are the ‘breakage’ possibilities,” Pathak says. “Every time human hands touch cash there is a potential loss and now a potential for spreading disease. If we can eliminate cash transactions, there are no change mistakes. In fact, our clients almost always get a windfall with breakage. Most people will not take the time to get a refund of a few cents or even a few dollars after an event.”

Pathak uses the example of a family who might preload a budget of $200 for a day at an amusement park. When it’s time to leave, there is still $2 in their account. They can go online and get a refund, but how many people are going to take the time and effort to get $2 back? If you have tens of thousands of families per day, and each leave $2, that’s a significant cash back possibility for our clients and no money is lost through incorrectly counted change or other risks of a cash transaction.

The Price Chopper in-house development team is currently developing an app that can be used to order and pay for a drink, snack or other item from your smart phone and have it delivered right to your seat. Integrations with Point of Sale, Fan Based Marketing and Membership and Loyalty Technology Providers are also diligently in the works.

“Our belief in maintaining our core values is what sets us apart in our industry,” Pathak says. “It’s passion and consistency and that has allowed us to enter into this space. It took us a lot of time to find and evaluate the platform. It is extremely versatile and fully customizable. Eventually, what we’ll be able to do is sublicense the technology to other tech companies. From a Printing company, we have become a Technology company, a market that we didn’t dream we would be in, but this is how you grow.” 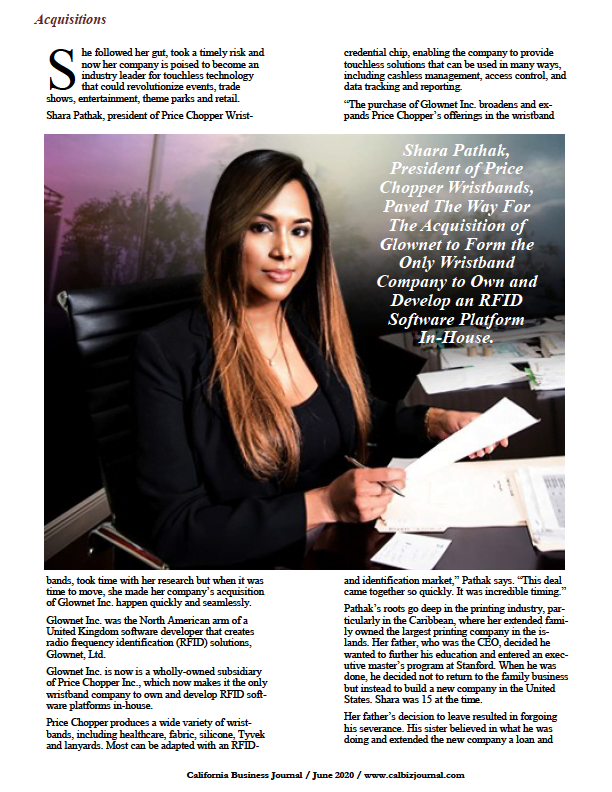 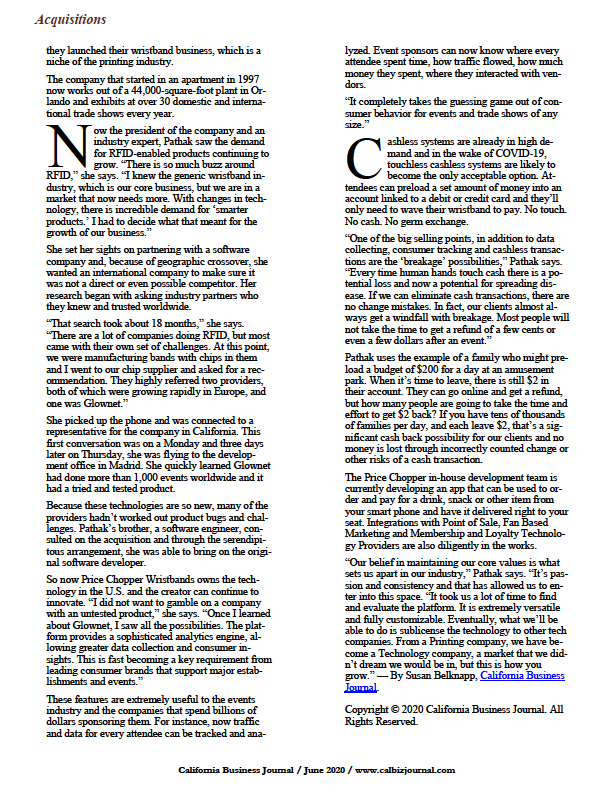