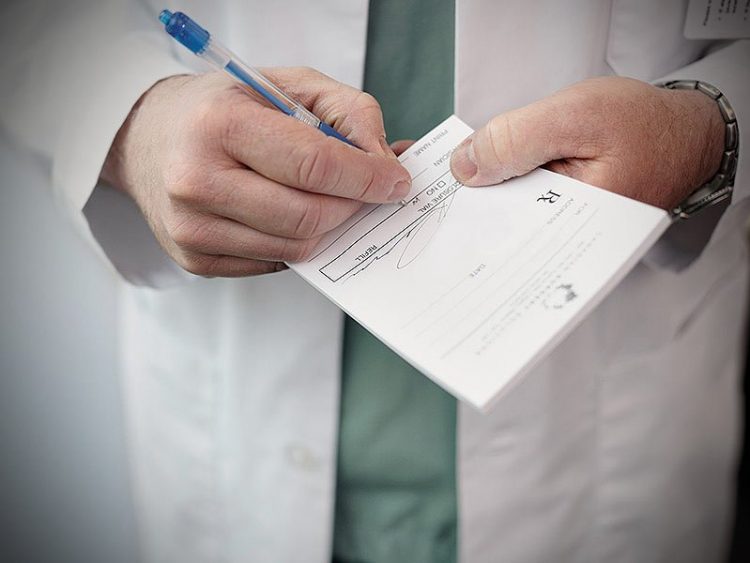 Pharmacy Benefit Managers (PBMs) were created to be the middleman and negotiate drug prices. Working with the health care providers, pharmacies and the pharmaceutical companies determine reimbursements and what they'd charge the pharmacies. The problem is that without regulation, the PBMs have bad business practices. The fix is on the way.

Magnified by the economic and health care impacts of the novel coronavirus, the Florida legislature is honing in on regulations for a long-veiled middleman in the chain of rising prescription drug pricing.

Intended to serve as a beneficial consumer go-between for pharmacies and health insurance companies to provide cost analysis, Pharmacy Benefit Managers (PBMs) have instead transformed into a profit-driven model favoring, among other things, large pharmacy chains over payer and patient pocketbooks.

The classic Big Guy vs. Little Guy yarn was threatening to spin out-of-cost-control until organized advocacy groups and legislative voices added a new thread to the story: Regulation of PBMs’ ability to negotiate prices and rebates.

“We don’t want to regulate PBMs out of business – they do play a role,” says Sen. Gayle Harrell (R), representing Florida’s 83rd district.  “But, unfortunately, as PBMs have become more powerful, they’re really not working for the consumer anymore – they’re working for themselves.  And what I’m seeing now, with the power of PBMs, are that local pharmacies are being placed at a big disadvantage to the big chain companies.”

Harrell’s purview is echoed on both sides of the isle.

“This is not a plea to break-up the big pharmacies; but, for many people, there’s a role and a benefit in doing business with the independent pharmacies and having more choices,” says Rep. Joseph Geller (D) of Florida’s District 100, and the state’s former Senate Minority Leader.

“Transparency is absolutely key; the more we know about this, the better,” says Harrell in reference to how PBMs operate in regard to rebates they receive from manufacturers. “Part of the problem is that PBMs are using trade secrets as part of their ability to hide things, and not allow people to know exactly what true prices are.”

Adding to the legislative voices are a pair of impassioned, statewide coalition advocates: Pharmacists United for Truth and Transparency (PUTT) and Small Business Pharmacies Aligned for Reform (SPAR). The collectives support the respective bills’ efforts to legislate accountability, transparency and free-market policies directly pertaining to PBMs.

“The advocacy groups are calling for reform, calling for change, and, in my opinion, calling not only for protecting consumers on the price front, but also calling for consumer protection in the areas of choice of service and diversity of service options,” Geller says.  “These groups are important – somebody has to speak up for these pharmacies and small business entities.”

Early in the summer of 2020, a PUTT-led survey of 123 pharmacies in Florida revealed 98% were full Medicaid providers, with over 60 percent of respondents poignantly stating that, “they may be forced to discontinue taking Medicaid patients if changes are not made to the program that currently requires neighborhood pharmacies to sell most prescription drugs at a loss,” Geller says.

Harrell, who ran a medical facility for many years, is well-versed on the importance of local pharmacies.

“The survey revealed what’s happening for our Medicaid pharmacies, our local pharmacies, and that’s what we need – to know exactly what’s going on out there,” she says. “We need to ensure that patients have access to local pharmacies to receive their medications; when this survey came back, it was distressing to learn that many of these local pharmacies are losing money on Medicaid prescriptions, which means we may lose some of these pharmacies in local or rural communities where people really depend on them.”

“We’re now getting calls from many pharmacies saying they can’t sustain this type of loss; this model can’t continue,” Toledo says.  “With less market competition, the large chains will start to dictate prices through their own PBMs.”

Fine endeavors to give legislative voice to the advocacy groups.

“They’re very good; they represent the little guy being hurt by this system,” says Fine of PUTT (truthrx.org) and SPAR (sparfl.com).  “When the large retail pharmacies own PBMs, they have an awful lot of power.  These organizations, PUTT and SPAR, they take the smaller voices who couldn’t be loud on their own and aggregate them together to give a larger voice.”

Simplifying the math, Fine continues: “We should not have a system where, if the reimbursement price is lower than the cost to acquire – there’s something that’s screwed up. The idea is to manage pricing for efficiency,” he says.  “But getting somebody to sell at a loss means something is broken in the system.  It’s okay for somebody to not make a lot of money selling drugs – that’s how the system is designed to work to create that efficiency.  But if you’re being reimbursed $10 for something which cost you $12, there’s something wrong with the process.”

To the benefit of the consumer, large corporations can afford to not maximize profits.

“In this case, what we have is two big business interests, in large, national pharmacy chains and their insurance companies, which are sometimes the owners of those chains and which have their own interests as far as the massive reimbursements,” Geller says.  “And in my state, right now, those are the groups that are winning.  And then the people getting squashed are often small, family-owned independent pharmacies; in some instances they own one location and, in certain instances, they might own three.  But they’re far from large, national chains.  And for the consumers who prefer doing business with these local pharmacies, in Florida, without reform, these customers aren’t being protected.”

The suspect system of “spread pricing” is a key issue for the collective advocacy and legislative efforts.

“The PBMs were created to be the middleman and negotiate drug prices; working with the health care providers, the pharmacies and the pharmaceutical companies determine reimbursements, and what they’d charge the pharmacies,” says Toledo, former Majority Deputy Whip from 2016-18.  “But the problem is that, with no regulation, the PBMs have bad business practices, particularly because of ‘spread pricing,’ where they reimburse the pharmacy at a different price than they charge the health plan.  And, through this, the PBMs are pocketing this money; it’s not technically illegal, but it is increasing the cost of prescription drugs, which then increases the cost of health care.”

Fine, with an MBA from Harvard Business School, sees clearly the skewed economics behind PBMs.

“There’s a structural problem.  PBMs were designed to be middlemen between insurance companies and the state and pharmacies, with the intention of managing efficiency and cost control,” Fine says.  “The problem is that vertical integration has allowed for a situation where a PBM can actually own a pharmacy. Once that crept into the equation, there’s no longer an incentive to manage cost, but rather to grow costs.  And the other problem is the incentive to steer business from pharmacies they don’t own toward pharmacies that they do – and that’s really where the independent pharmacies get hurt.”

The timing of the legislation – with bills filed following the November, 2020 elections – has become paramount.  With the COVID –19 pandemic driving massive numbers to Medicaid, the nation’s patients and payers simply can’t afford the PBM markups any further, nor the danger of large retailers monopolizing the price market.

“When we look across our state, we’re seeing some disproportionate numbers in our minority communities and lower-income communities being affected by COVID,” Harrell concludes.  “And especially for those on Medicaid, if you don’t have access to the local pharmacy, that becomes very problematic.  With rising numbers of patients going on to Medicaid as people are losing their jobs and their health care, it’s very problematic.” 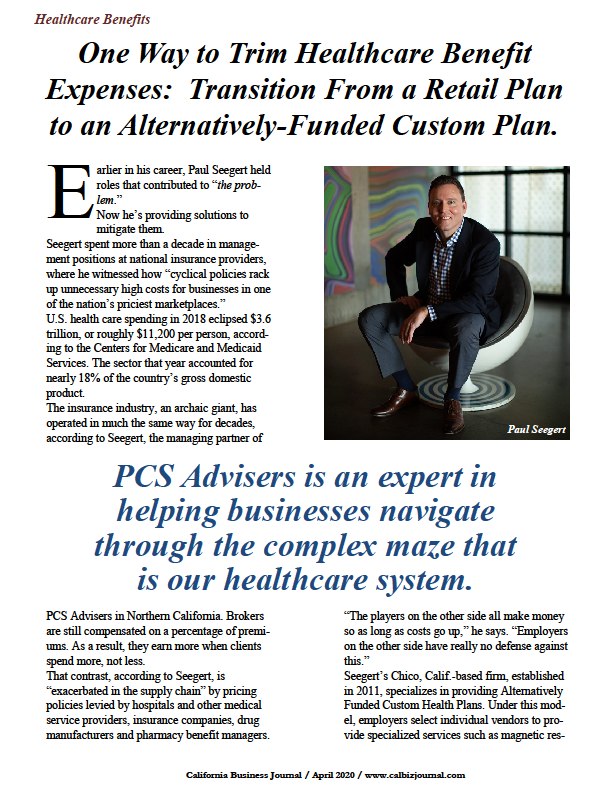 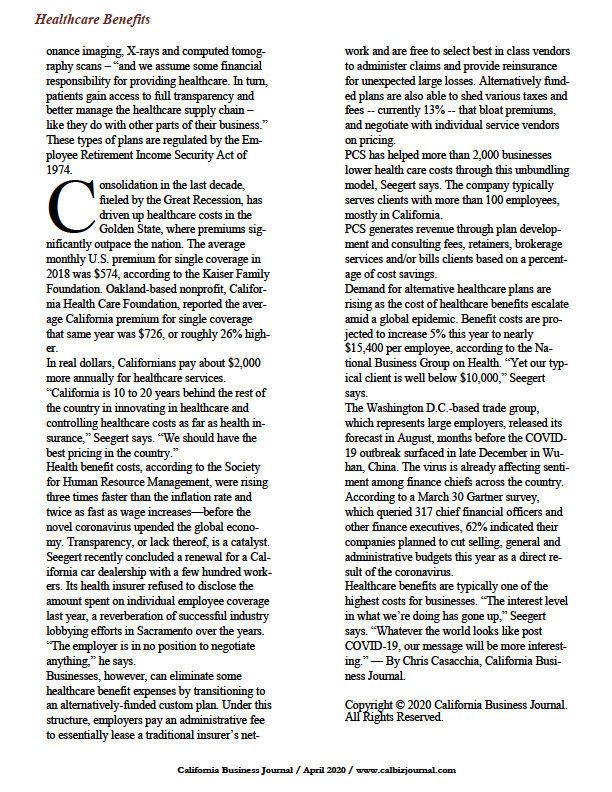