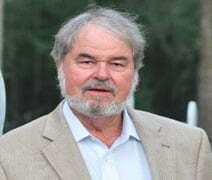 Ted Nichols developed a revolutionary process for cleaning and dehydrating pipelines that made him an industry icon and saved clients thousands of dollars. 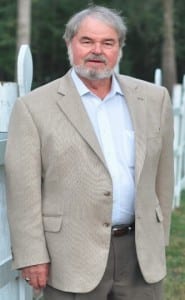 EVERYWHERE YOU LOOK IN AMERICA, in every industry, throughout the industrial and technological revolution, there are pioneers. Some big, some small. Some famous royalty like Steve Jobs and Bill Gates, some not so well-known.

It’s difficult to know exactly where Ted Nichols fits in. But if you talk to anyone who works on pipelines in the U.S., Nichols is as famous as some of the most prominent pioneers of American industry.

What Nichols did was pioneer a new, more effective way of cleaning and dehydrating pipelines that has saved companies hundreds of thousands of dollars over the last half century. Specifically, he established dryer improvements, “pig” design and a more efficient utilization of labor in the pipeline dehydration field.

“He’s one of the founding fathers of the drying process and the methods of cleaning as we know it today,” says Shayne Robertson, who was so impressed with Nichols’ revolutionary procedure that he left a competitor to join Nichols Pipelines Services, Inc.

Nichols’ innovative improvements eliminated the need for companies to use outside labor and lease expensive equipment, saving them hundreds of thousands of dollars. He also speeded up the drying process by specialized pig design and equipment modifications.

Basically, what Nichols did for the industry is akin to what Charles Hall did when he discovered the method of producing aluminum more inexpensively, enabling it to be brought into wide commercial use.

Of course, Nichols downplays his role in this significant industry improvement, saying in his Southern twang, “Ah, shucks, it wasn’t that big a deal.” Well, it was. Maybe small in the big scheme of things, but big nonetheless in the pipeline industry.

“The big thing was having a more efficient utilization of labor,” Nichols says. “At the time, no one really thought that the on-site labor crew could be taught quickly enough to clean and dehydrate the pipelines.”

But Nichols thought otherwise. And he proved it. He took his best-trained supervisors – which were far more knowledgeable and experienced than the competition – and he dispatched them to the work sites, thereby eliminating potential problems, speeding up the drying process and saving his clients money. He also hired local pipeline contractors, rather than out-of-the-area contractors, to speed up the process and save money.

Prior to that, upon finishing the prep and preliminary work, crews would wait around for an entire new crew to arrive on-site to finish up. But Nichols thought to himself, “Why wait? Let’s teach these guys here how to do it, we’ll use our equipment, and we’ll save ourselves a lot of time and money.”

Nichols’ clients always appreciated his knowledge and experience, as well as his honesty, integrity and his straightforward business approach.

Nichols’ business approach comes from what his parents taught him at a young age: “Mother and Dad  always taught us boys, ‘Your word is your bond, do a better job than expected, and your customers will always come back,’” Ted says.

“He’s a wonderful man who is very trustworthy,” says Ted’s wife of 47 years, Cindy. “Once he gets a client, they never want to leave him.”

James Stavinoha of Troy Construction in Houston is one of those customers who’d never consider doing business with anyone other than Ted Nichols.

“He’s a super guy — straight up, fair and honest,” Stavinoha says. “He’s a pleasure to work with because he’s fair and there’s never an argument about anything. He always delivers what he says he’s going to deliver. He’s a class act.”

Nichols was born in Little Rock, Arkansas, and he grew up in Star City as the oldest of three boys. He attended the University of Arkansas, where he received his Bachelors degree and later did post graduate work in law and management.

While working at Vulcan Materials in Odessa, Texas after college, Ted became friends with Frank Lamberton. Later on, when Lamberton opened a branch in Houston in 1979 of Parkem Industrial Services, which included pipeline services, he hired Nichols as manager of pipeline services.

That was the beginning of Nichols’ work in the pipeline industry.  He later worked at ABC Nitrogen Services, Nitrogen Pipeline Service, Coulter Services and Pipetronix before starting his own business in 1998 with the help and financial support of J.W. Gully, owner of Sunbelt Equipment Marketing.

“He always wanted to have his own business,” Cindy Nichols says, “but with having to educate our two daughters, Candace and Caroline, and having a secure job with good benefits, Ted waited until the time was right.”

Since raising the curtain on his business, Nichols has cleaned and dried thousands of miles of pipeline throughout the U.S.

“He’s special in our industry,” Robertson says. “He’s made the process easier and better for everyone.”

“For 40-plus years, there’s nothing I enjoyed more than working in this industry,” Nichols says. “There is nothing that couldn’t fit me better.”

Editor’s note: Nichols Pipeline Services was sold to Weatherford International. Since then, Nichols has started T&C Rentals, Inc. which rents and sells pipeline dehydration equipment throughout the U.S.