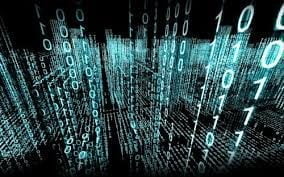 This was how it was with Douglas Luchansky.

He attended acting school right out of high school and later studied film and directed videos for two notable ’80s bands that aired on MTV.

Later, after graduating from Cal State University Fullerton with a degree in Business Finance, he became an expert in an industry that was just beginning to evolve three decades ago: accounting software.

When Luchansky was graduating college, many companies were still doing books in large, handwritten ledgers – a practice that was about to change dramatically.

“My dad had an independent tax service,” Luchansky says. “He did everything manually and had a lot of small businesses as clients. I went to work there and started doing their books just as the personal computer wave started to build. People began to ask if I could put their books on computer and I found I had a knack for understanding how it all worked.”

As bookkeeping and tax software systems continued to get more sophisticated, Luchansky was mastering the dynamics of a variety of industries because he was working with a broad range of clients. And to truly know how to maximize the use of the software, you needed to understand the subtleties of the specific industries.

“Since I was working with different types of clients, I started learning about their industries,” he says. “One was a mortgage company. One was a legal firm and another was a company that owned several properties and before you know it I started gleaning all this knowledge on computers, accounting and the different aspects of each industry. And all these companies relied on me because almost no one was computer literate back then. They’d call and say, ‘We don’t know what to do! Do we push X or Y?’”

He began to get more serious about this as a calling after he turned 30 and his friends were talking about 401ks and house payments and car payments and kids.

“I thought I was left behind so I figured I’d better get a permanent job,” he says. “So I opened up the Orange County Register and saw an ad to do support for computers over the phone – ‘must know accounting and must know computers.’ I applied and got the job.”

It was support for the MAS90 system, which he was familiar with. Though he stayed only a year, it was a great move as he met his wife there. 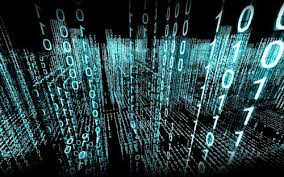 “I was too entrepreneurial so I only stayed a year,” he says. “My wife stayed on for another seven or eight. Once I quit I started getting referrals from friends and co-workers, mainly because everyone loved my wife so they’d throw me clients in our local area that needed help. Before long, I had a business and three or four years later, I had about 60 clients.”

From there, he got an office, hired staff, some of whom are still with him after 25 years, and continued to stay on the edge by developing its own software system. When asked what makes ACI’s Sage software different from other accounting solutions, he cited a study done years ago about what motivated companies to buy their first system and then their second.

“When companies first began buying accounting software systems, their No. 1 priority was price. What was the cheapest?” “The second time they bought, which was usually about seven years later, the priority was about having a partner,” he says. “Companies realized how important having a consulting partner was for driving the solution. I try to differentiate who they will be working with. I’m the owner of the company, not a commissioned sales rep. If you email me over the weekend, you’re going to get a response. If you call me on a holiday, you’re going to get a response and those kinds of differentiators, when you’re talking to a CFO, or CEO, make a huge difference.”

He goes on to explain that the products all do roughly the same thing. Numbers don’t change, after all. The differentiator is the people.

“I have individuals who have worked for me – I prefer to say worked with me – for 25 years,” he said. “There is obviously a reason. They like doing what they’re doing.

We all have a journey to live and without a definitive goal and without having anything overly encouraging me. I did consulting, I enjoyed it. I still enjoy it and it’s incredibly beneficial to like your job.”

He sees his company continuing to grow and loves that he can solve the specific needs for his customers.

“We’re in the small- and mid-sized business market,” he says. “Think $10 million in revenue and above. That’s normally where our solutions start. And it stops at $5B a year. We’re not doing mom and pop, but we’re not doing Disney or Target either and that works for us.”

Individualized, personal service is what makes ACI stand out, according to Luchansky. He relates a recent story of a client’s entire system being hacked with a virus that destroyed it top to bottom.

“We had to reinstall their entire system,” he says. “I was helping them all weekend because there were people relying on them being able to get that payroll out. They have bills to pay and not being able to get the check out is not an option. This is why people come to us. We’ll be there when you need us most.” 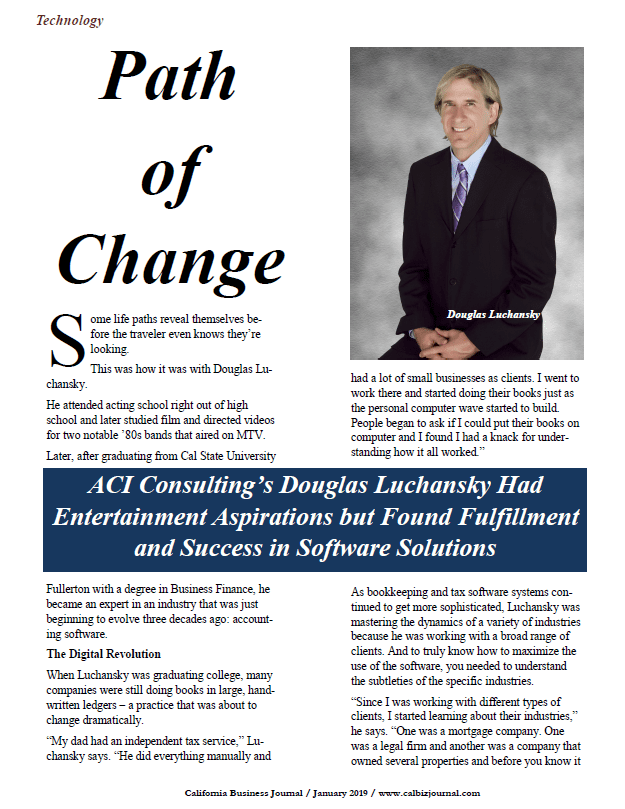 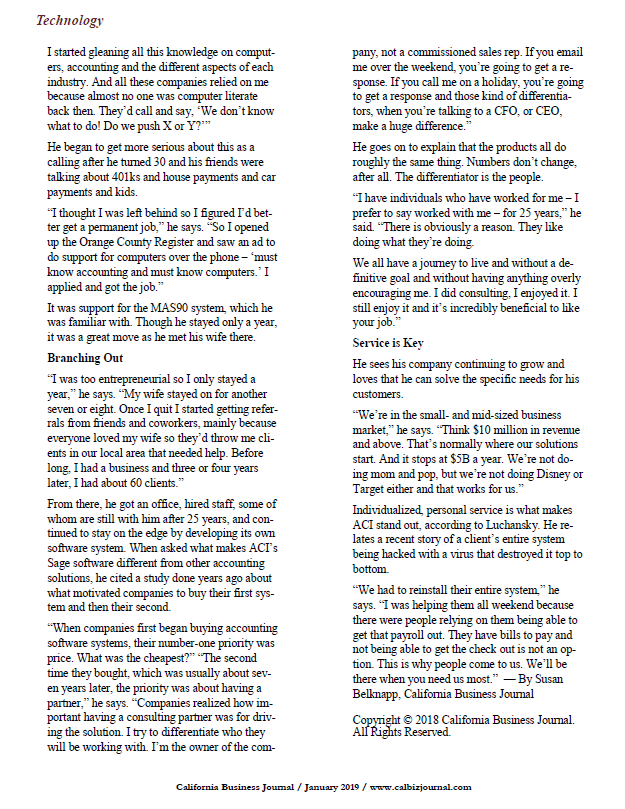